A man who tried to sell a fake Lucian Freud painting on eBay was sentenced.

The case of Vincent Dyer—the man who attempted to sell a fake Lucian Freud painting for £3,000 ($3,800) on eBay—has taken another turn. The original painting, a 1952 portrait of Freud’s friend and fellow painter Francis Bacon now valued in the millions, was stolen from the Neue Nationalgalerie in Berlin in 1988 and has never been recovered.

Dyer listed his counterfeit version of the portrait painting on eBay three times, twice in 2017 and once in 2018. In the listing, he wrote that the piece was ”In very good condition. Has been kept in secure storage for many years.” He claimed that the painting had been a gift to his father from Freud himself, though it was later proved that Dyer purchased it in 2012 knowing it to be fake. This week, he was convicted of three counts of fraud by false representation. He was given a four-month prison sentence, which was suspended for 12 months. 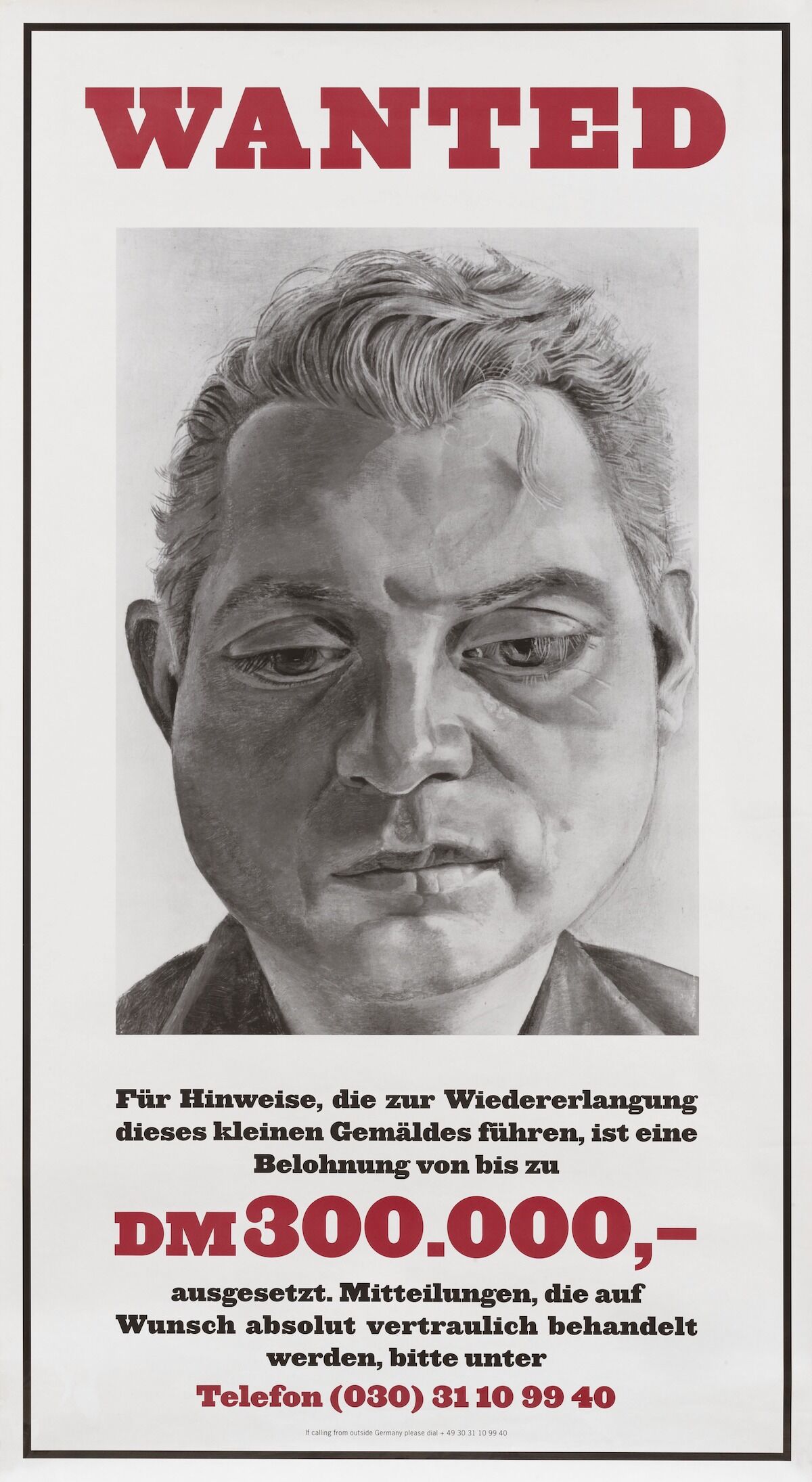 A poster offering a reward for the return of a Lucian Freud painting of Francis Bacon that was stolen in Berlin in 1988. Via New York Studio School.

He knew what he said wasn’t true but it isn’t true he tried to target individuals. He said things that could be checked by a simple Google search. [. . .] There was no attempt to conceal his identity or subterfuge. He had cooked up a very colourful story of how he came into possession of the item

According to the Daily Mail, Judge Fiona Barrie, speaking to Dyer, said:

In essence you obtained what was a pretty good copy of the original artwork. [. . .] On three occasions you placed that painting for sale on eBay with a narrative about its provenance. [. . .] It is right that no offers were made but a member of the public saw the advert and the Tate was contacted.

After acknowledging the painting’s real value could easily be sourced online, Judge Barrie added: “Nevertheless not everyone necessarily will go to those lengths, and it was a sufficiently good copy that the Tate required an expert examination.”

Further Reading: When Lucian Freud Used £100 Million in Paintings to Pay off His Bookie