An Old Masters scholar claims a 15th-century painting at the U.K.’s National Gallery is a forgery. 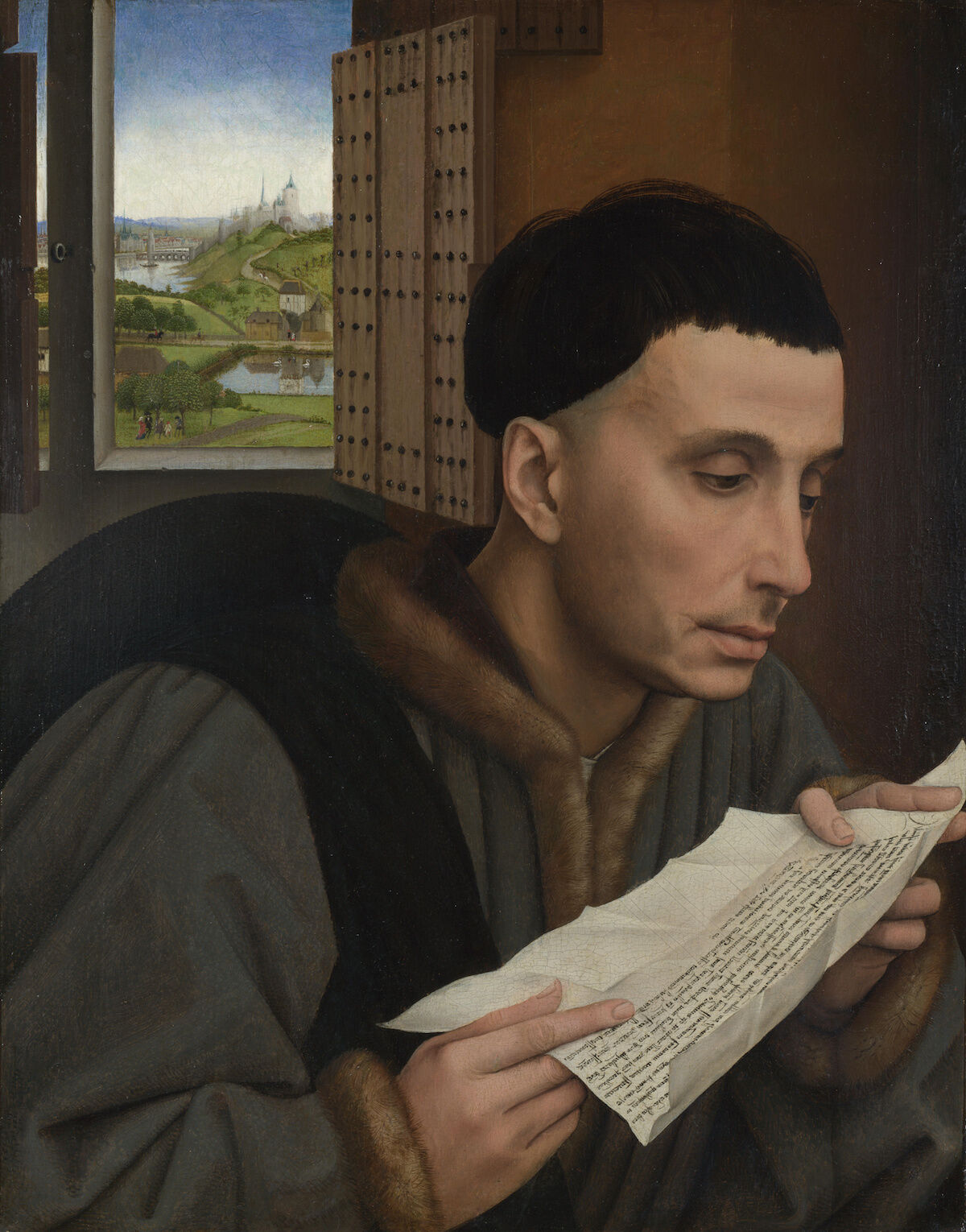 The Old Masters scholar Christopher Wright claims that a work in the collection of the U.K.’s National Gallery and currently attributed to the workshop of Netherlandish painter Rogier van der Weyden is in fact a modern forgery. The art historian believes the painting, A Man Reading (Saint Ivo?) (dated to “about 1450”), was made by the infamous art forger Eric Hebborn, whom, Wright claims, said things that suggested it was one of his fakes during his lifetime. Wright first suggested the work was a fake in his 1984 book, The Art of the Forger, though he didn’t name Hebborn as the culprit. Now, based on information he revisited while preparing his memoirs, he feels confident the painting is one of the “Hebborns floating around the art market and in museums.”

Citing clues including the gibberish on the page the sitter is reading, a seemingly modern scar on his face, and his Beatles-style haircut, Wright told The Guardian:

The accumulation of small pieces of evidence build up to the thing being wrong. [...] If I was the gallery director, I would simply say that some have thought it to be more modern. To come out and say ‘Well, actually, we bought a 20th-century fake’ is not really a thing that they would do.

The National Gallery, for its part, maintains that Wright’s claims are “baseless.” Indeed, when his 1985 book was released, the Gallery’s director ordered the museum’s bookshop to pull the book from its shelves and canceled all of Wright’s lectures at the institution. The Gallery told The Guardian: “The painting is first recorded in 1801 and has a full and unbroken provenance until the present day.”