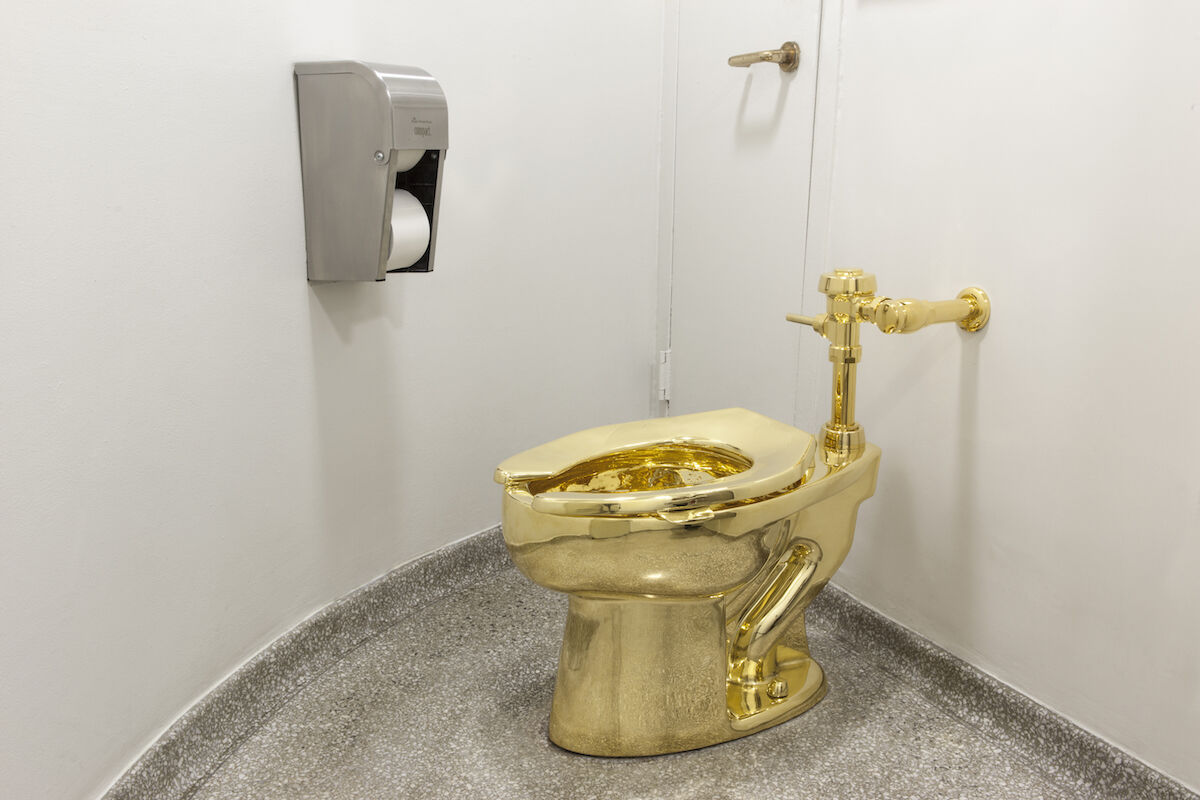 Brits may be bowled over by Italian provocateur Maurizio Cattelan this September, when his functional toilet sculpture made of solid gold, America (2016), is unveiled at the historic Blenheim Palace. The 18-karat gold throne will be “installed inside the Palace, adjacent to Sir Winston Churchill’s birth room.”

The toilet sculpture was first installed at New York’s Guggenheim Museum in 2016. The work was also fully functional at the Guggenheim and was placed in one of the rotunda’s unisex bathrooms, where over 100,000 museumgoers waited in long lines to relieve themselves in it.

The sculpture was in the news in early 2018, when it was revealed that President Trump’s administration had asked the Guggenheim to loan them a painting by Vincent van Gogh to be hung in the President and First Lady’s private quarters (despite the couple being rumored to sleep in separate rooms). The Guggenheim’s chief curator Nancy Spector famously declined the first couple’s request and offered them the golden toilet instead. The White House appears to have refused Spector’s offer.

Edward Spencer-Churchill, half-brother to the current Duke of Marlborough and founder of the Blenheim Art Foundation, said in a statement:

[Cattalan’s] work can make us laugh and quake in turn, with its acerbic comments on the world we live in. I believe that his wry wit, stoicism and fantastical vision are exactly what we need in these times of global flux and uncertainty. We are delighted to welcome his work at Blenheim in the expectation that it will stimulate debate, conversation and expand our minds.

Spencer-Churchill also told The Guardian: “Despite being born with a silver spoon in my mouth I have never had a s.h.i.t on a golden toilet, so I look forward to it.”

Further Reading: 10 New Yorkers Weigh in on Cattelan’s Gold Toilet at the Guggenheim