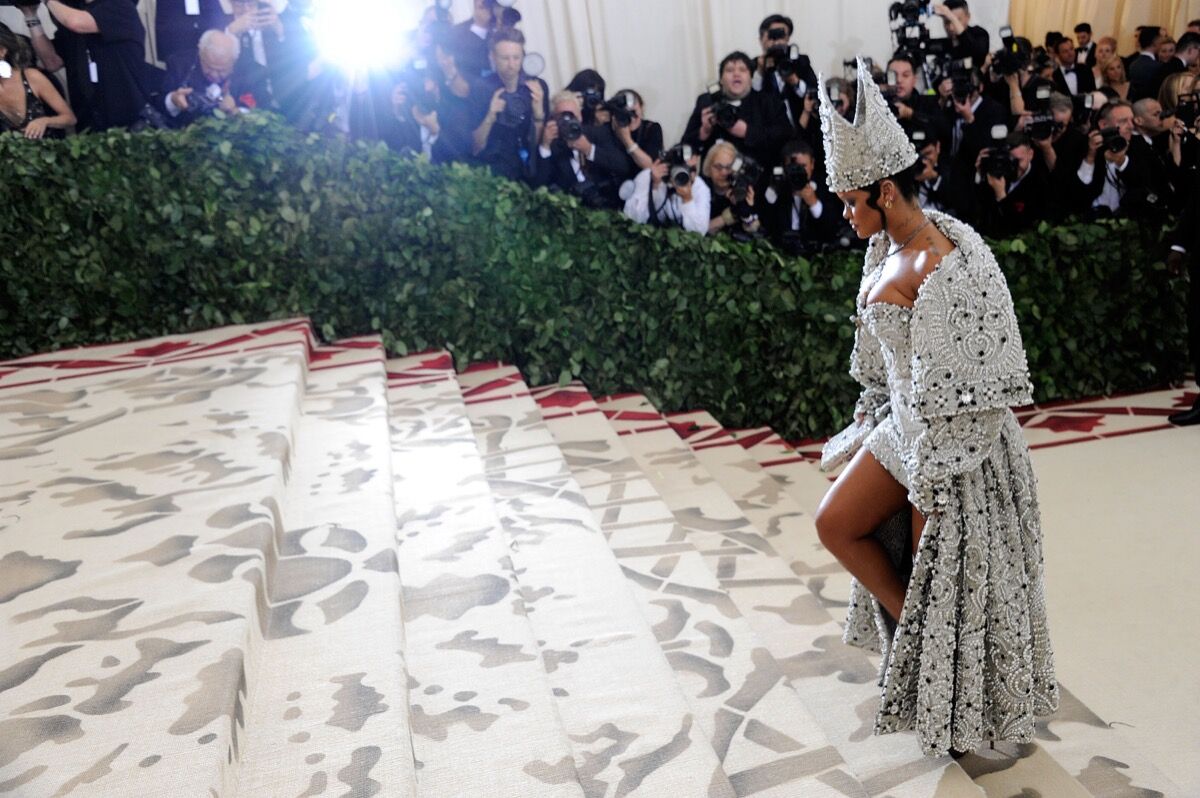 The Metropolitan Museum of Art’s annual bash is generally considered New York’s party of the year, where a crush of stars, models, moguls ascend the museum’s red-carpet-clad steps. And Monday night’s edition was no different. The exhibition, “Heavenly Bodies: Fashion and the Catholic Imagination,” brought together robes that the Pope had lent from the Vatican with couture inspired by the iconography of the papacy, and attendees dressed to the theme. Rihanna wore a John Galliano creation encrusted with jewels and crosses and topped with a bishop’s mitre. Meanwhile, Madonna—who, naturally, performed “Like a Prayer” during the gala’s dinner—went with a relatively demure Jean Paul Gaultier black gown and topped with with a crown strewn with rosaries and crucifixes.

The night’s proceedings, which bans social media and keeps out the press, is also the country’s most lucrative museum fundraiser—tables start at $275,000, and last year it raised $12 million. The communications executive Paul Wilmot famously dubbed it “an A.T.M. for the Met.” (Its West Coast equivalent, the Art + Film gala at the Los Angeles County Museum of Art, raised almost $4.5 million last year.) Much of that goes straight to the museum’s coffers, as the exhibition and party’s outlandish operating budget is underwritten, to the tune of around $5 million, by Stephen Schwarzman, the billionaire Blackstone founder (who is a close policy advisor to President Trump).