A mobster believed to be the last living person with information about the Isabella Stewart Gardner Museum heist is being released. 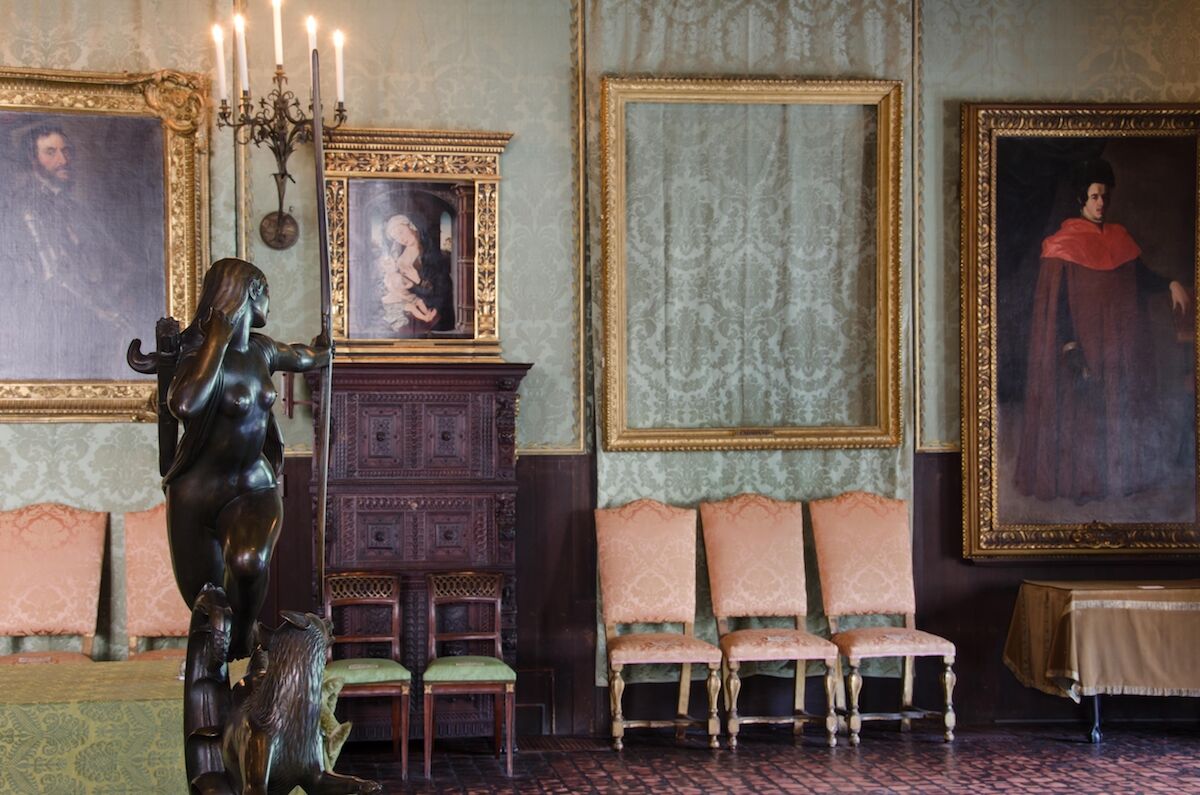 The empty frame where Storm on the Sea of Galilee (1633) by Rembrandt once hung at the Isabella Stewart Gardner Museum. Courtesy FBI, via Wikimedia Commons.

The reputed mobster Robert V. Gentile, whom authorities believe is the last living person with information about the whereabouts of 13 artworks collectively valued at $500 million that were stolen from Boston’s Isabella Stewart Gardner one night in March 1990, is set to be released from prison on Sunday. The 82 year old’s 54-month prison stint stems from an illegal firearm sale, and is one of three gun and drug charges law enforcement agents have sought to use as leverage to get information related to the missing art out of Gentile. Through it all, he has maintained he doesn’t know anything about history’s greatest unsolved art heist, which has been a fixture on the FBI’s top 10 art crimes list for nearly 29 years; the museum is offering a $10 million reward for any information that leads to the works’ recovery.

In the early morning hours of March 18, 1990, two men in police uniforms were let into the Gardner Museum, quickly overpowered the two security guards on duty, and eventually made off with 13 works from the museum’s permanent collection. The trove includes three works by Rembrandt—among them his only known seascape, Christ in the Storm on the Sea of Galilee (1633)—drawings and a watercolor by Edgar Degas, and one of only about three dozen known works by Johannes Vermeer, The Concert (ca. 1663–66). The main suspects in the heist, all of whom are now dead, had ties to the Boston mob. Gentille, who goes by the nickname “The Cook,” first came to the FBI art crime unit’s attention in 2010, when the widow of one of his reputed mobster associates said her husband had given Gentile two of the Gardner works. A 2012 search of his Manchester, Connecticut, home turned up a list of the Gardner heist works annotated with their possible prices on the black market.