A Modigliani nude sold for $157.2 million at Sotheby’s on Monday night, making it the fourth most expensive work ever sold at auction. 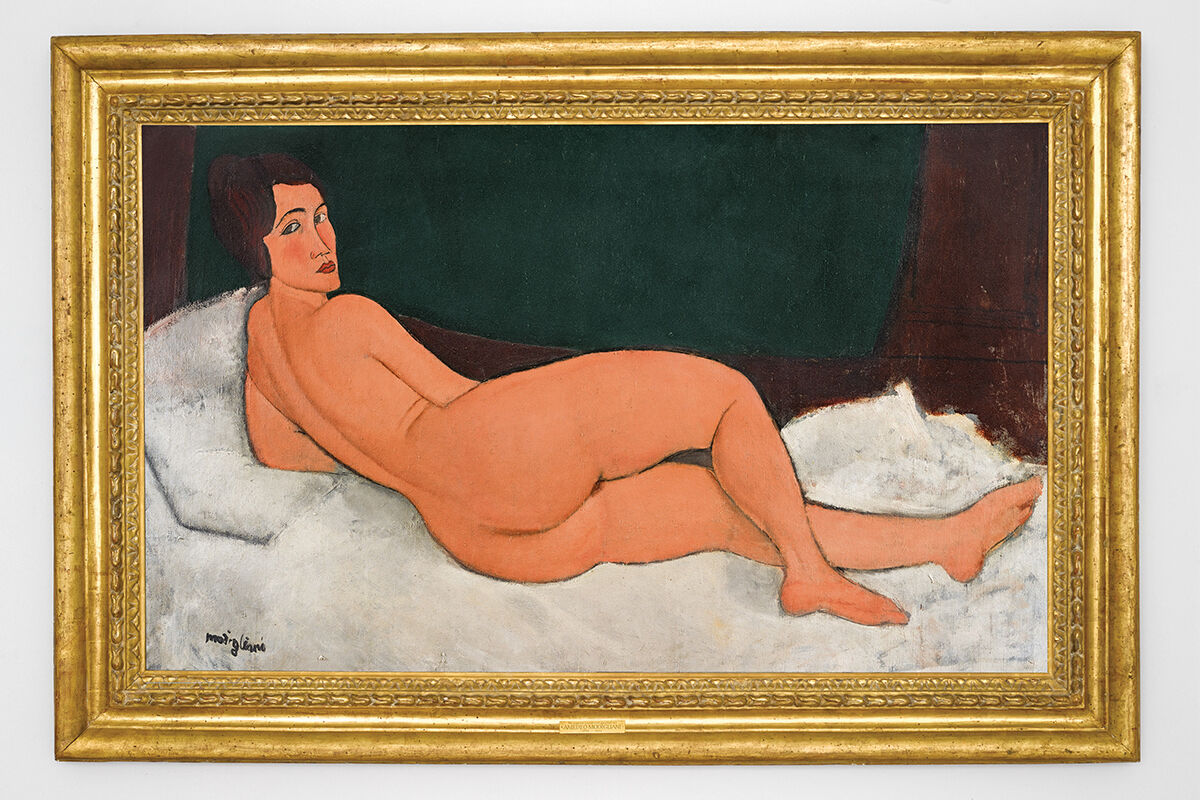 The largest painting in Amedeo Modigliani’s coveted series of reclining nudes sold Monday night at Sotheby’s for $157.2 million, including fees, approaching the $170.4 million price achieved when Chinese billionaire Liu Yiqian bought a smaller nude by the Italian painter at Christie’s in November 2015. Sotheby’s had given the lot a $150 million pre-sale estimate—the largest such figure in auction history—a mark that a single bid of $139 million, from the client on the phone with Simon Shaw, Sotheby’s worldwide co-head of the Impressionist & Modern Art department, failed to hit (auction estimates do not include fees).

The lot was backed by a third-party guarantor, known as an irrevocable bid, but it was unclear if the single offer on the phone was that of the guarantor. Sotheby’s declined to comment on the identity of the buyer in a post-sale press conference.

Auctioneer Helena Newman, chairman of Sotheby’s Europe, opened bidding at $125 million, a figure higher than all but a handful of works have ever reached at auction. She began to chandelier bid on the work up to $128, then $130 million, until she got to $135 million, at which point she implored Patti Wong, chairman of Sotheby’s Asia, to bid on behalf of the Asian client on the other end of her phone; Wong shook her head. After Newman offered $138 million, Shaw finally came in, bidding $139 million. Newman lingered, eyeing the phones and the sale room in search of more interest, and then, reluctantly, hammered. Sotheby’s added $18.2 million in buyer’s fees to the final price.

The work was consigned by the Irish horse breeder John Magnier, who bought it at Christie’s in 2003 for $26.9 million, meaning that he will net a profit of more than $100 million, when taking into account inflation (depending on the terms on which he consigned the work, Magnier may also receive a portion of the buyer’s fees). The seller in 2003 was Steve Wynn, the collector who was set to sell a Picasso self-portrait at Christie’s on Tuesday, estimated at $70 million until it was damaged and withdrawn from the sale. Of the 22 reclining nudes Modigliani made starting in 1916, just nine are left in private hands.

The dearth of bidding on the evening’s start lot felt a bit anticlimactic in the room—even with the ultimate, historically large result. Shortly after the hammer fell, Newman announced that it was, in fact, the most expensive item ever auctioned in Sotheby’s history, and the crowd let out some muted applause.