The Museum of Chinese in America’s archives may have been severely damaged due to a fire. 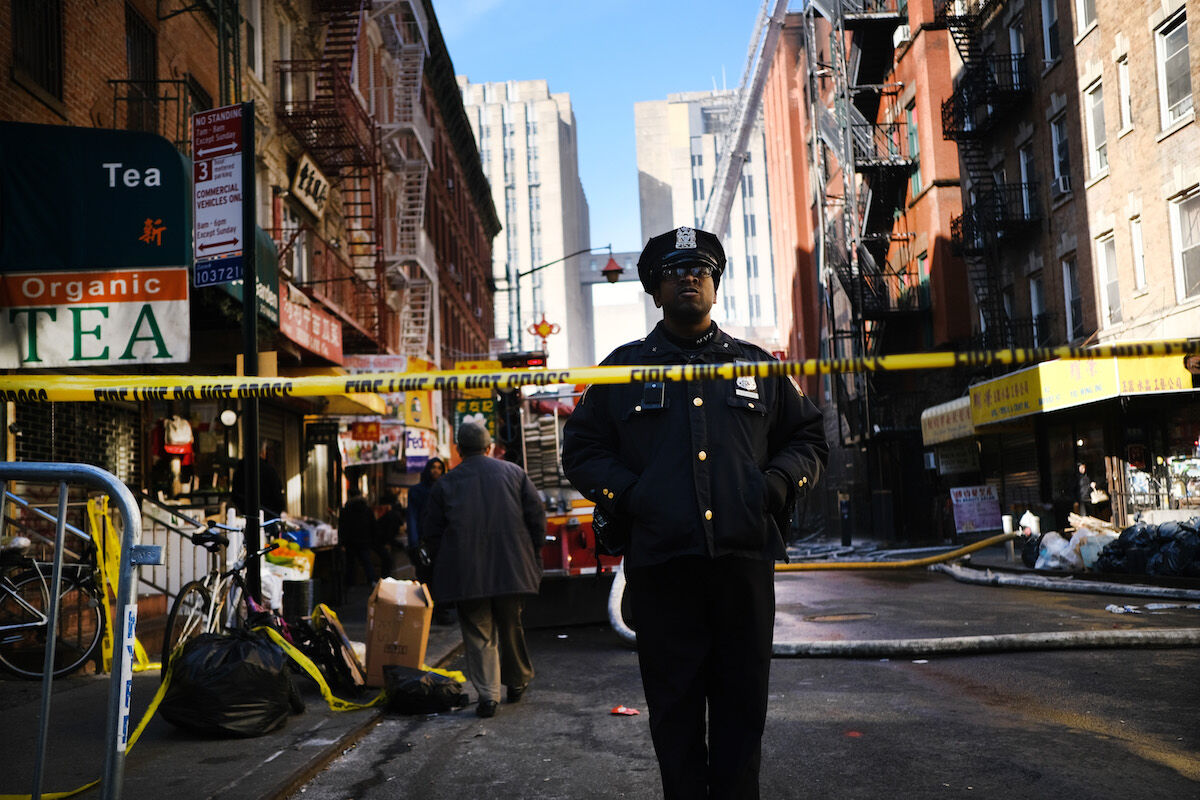 A police officer stands near the scene of a fire in Chinatown on January 24, 2020 in New York City. Photo by Spencer Platt/Getty Images.

A New York City museum’s collection of some 85,000 artifacts exploring 160 years of Chinese American history may have been destroyed by a fire. On Thursday night, a blaze tore through the building at 70 Mulberry Street in Chinatown that stored the Museum of Chinese in America (MOCA) archives, including every collection item not currently on display at the museum’s public-facing Centre Street location. The artifacts, which include documents relating to the 1882 Chinese Exclusion Act, wedding dresses from the early 1900s, and handwritten letters, are likely to have suffered irreparable water damage and will be inaccessible for at least three weeks due to structural concerns about the building.

The fire-ravaged building also housed a senior center, the Chen Dance Center, and several community groups. Nine firefighters sustained minor injuries and a 59-year-old man is in serious but stable condition. The cause of the fire is being investigated.

The Museum of Chinese in America started out as the New York Chinatown History Project, which sought to develop a greater understanding of Chinese American history, particularly relying on the memories and documents of older Chinese Americans. Of the 85,000 items in its storage facility, 35,000 have been digitized and backed up. MOCA launched a GoFundMe after the fire, which has raised over $62,000 so far.