A U.S. museum condemned the use of one of its paintings in an anti-Muslim poster campaign. 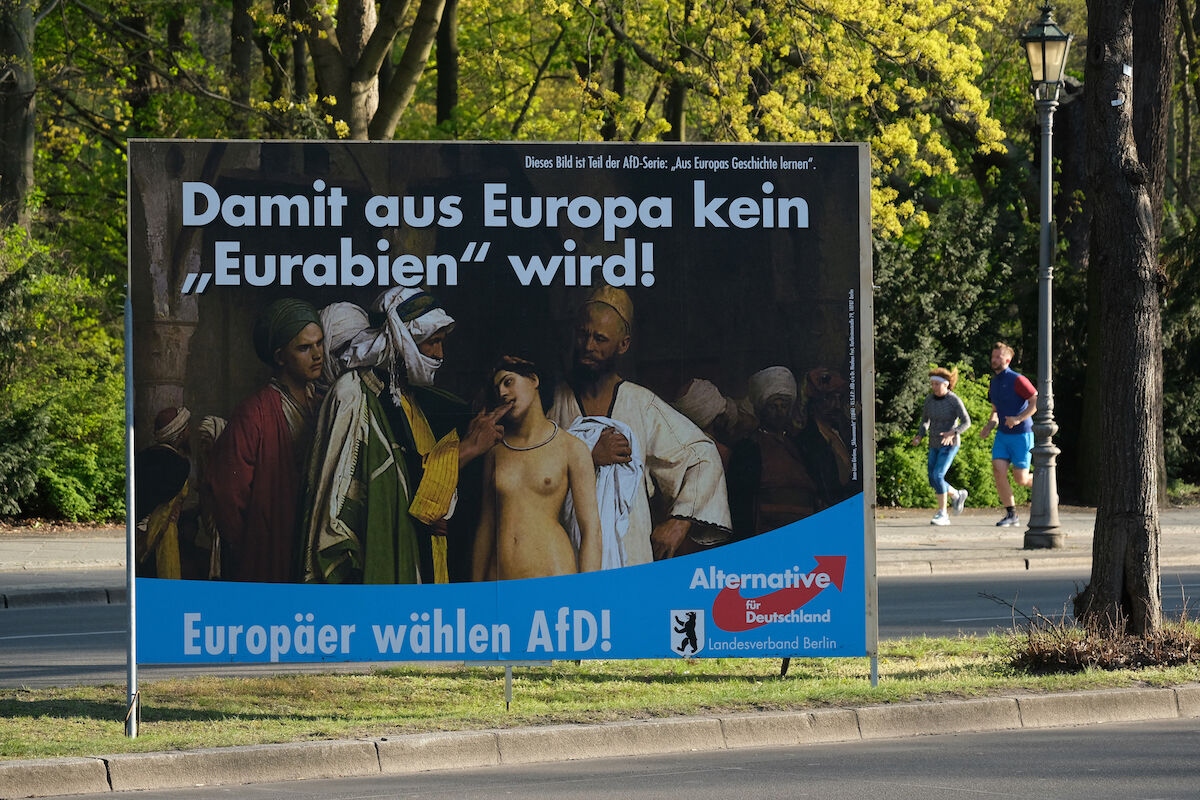 The Clark Art Institute, a museum in Williamstown, Massachusetts, is condemning the far-right German party Alternative für Deutschland (AfD) for using a painting from its collection in campaign posters throughout Berlin ahead of the upcoming European elections.

The 1866 painting, Slave Market by Jean-Léon Gérôme, depicts either Middle Eastern or North African slave traders inspecting a nude, light-skinned woman. The posters feature this image along with the AfD logo and a slogan reading: “So that Europe won’t become Eurabia!” AfD is well known for its anti-Muslim stances and has continually pointed to Chancellor Angela Merkel’s decision to allow in asylum seekers from war-torn Middle Eastern countries as the source of German society’s problems.

Olivier Meslay, director of the Clark Art Institute, told the AP: “We condemn the use of the painting Slave Market by Jean-Léon Gérôme from 1866, to advance AfD’s political stance.” He added that he has written to the party “insisting that they cease and desist in using this painting.” However, due to the work’s age, it’s in the public domain and there is no copyright law to prevent the image from being used by AfD or anyone else.

AfD says they will not take the posters down. However, party member Ronald Gläser also stated that the public is continually destroying the posters and that party workers repeatedly replace them, only to see them destroyed the next day. 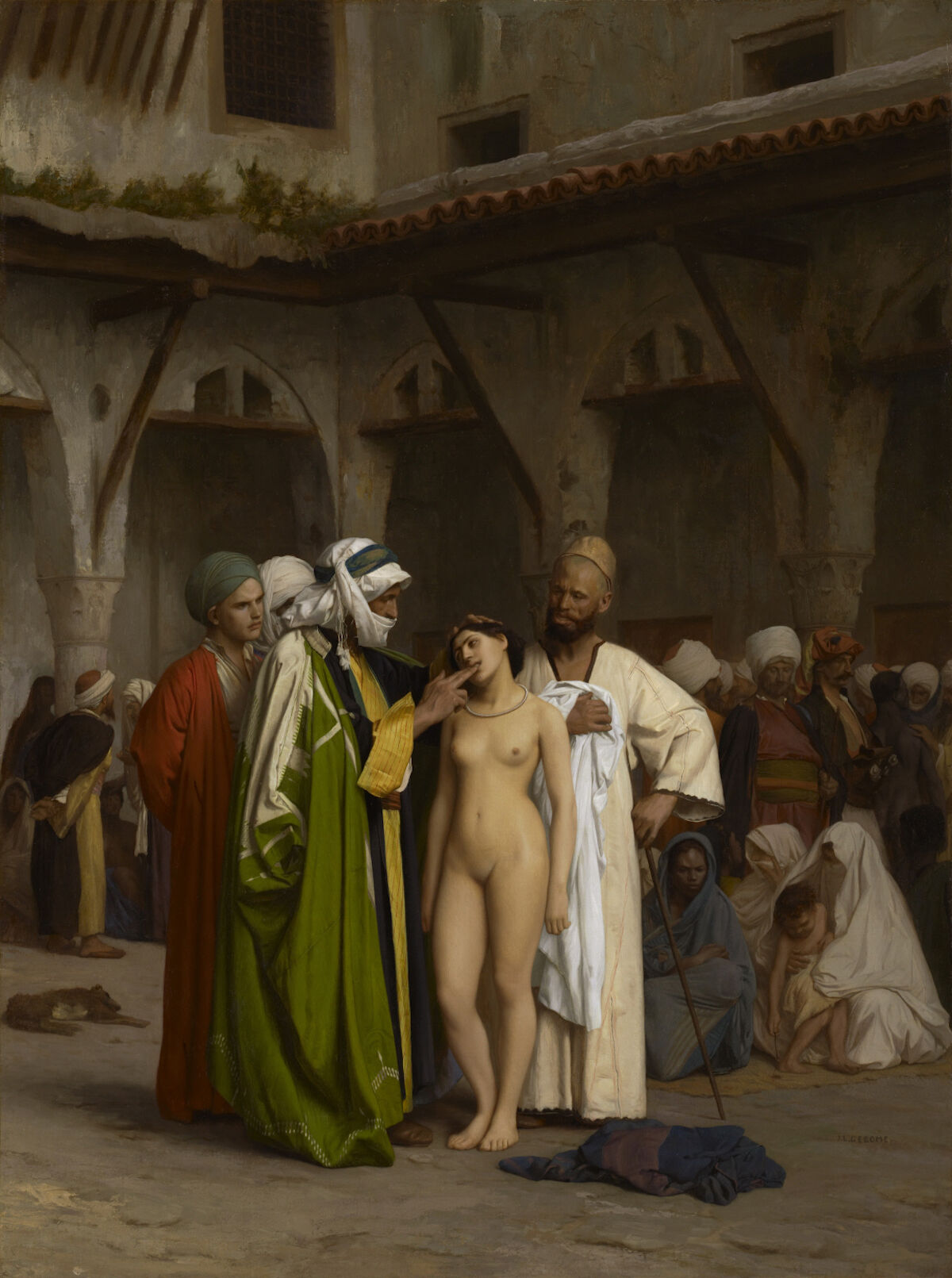