A museum discovered water lilies under a Monet painting of wisteria. 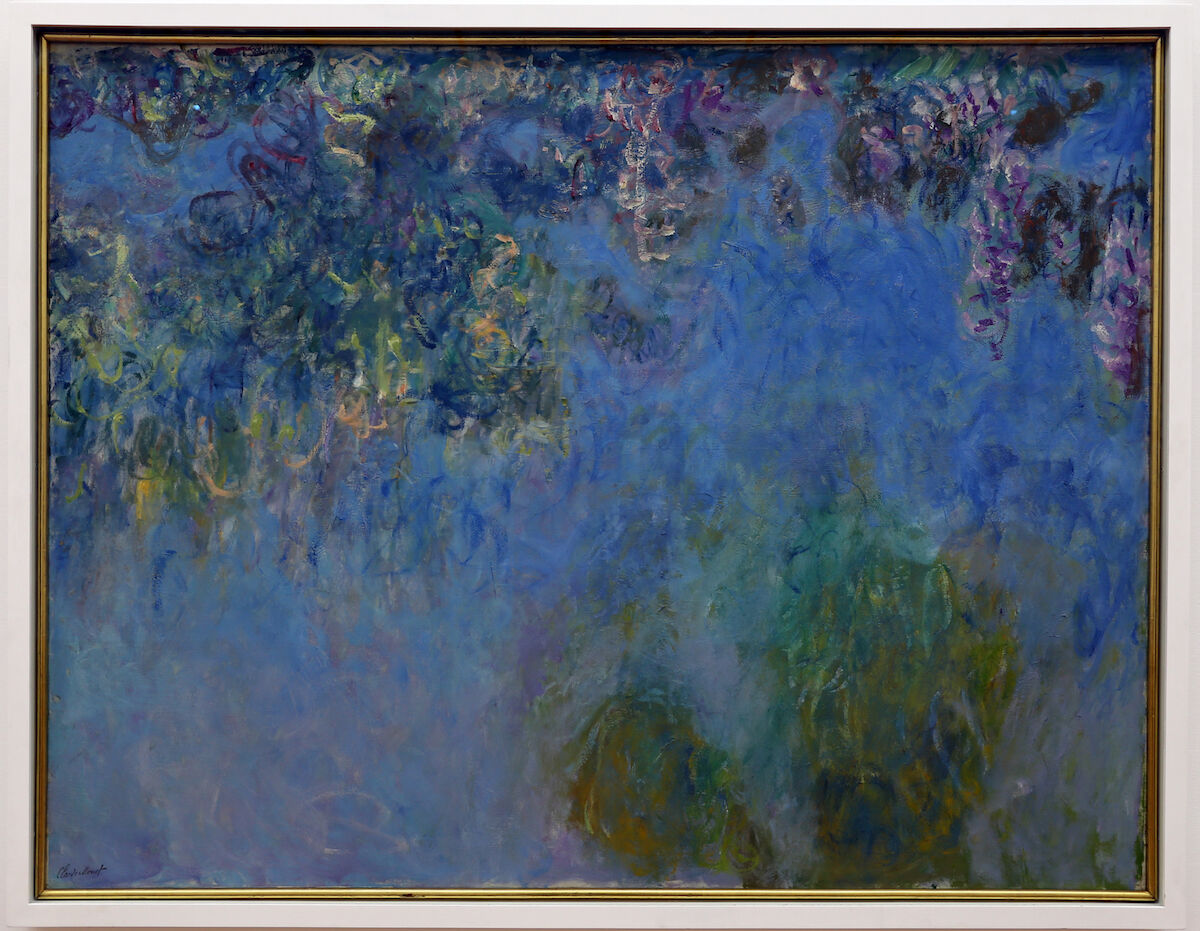 Analysis of a Claude Monet canvas in the collection of the Gemeentemuseum in The Hague has revealed water lilies lurking beneath the painting, an abstract depiction of wisteria. In anticipation of “Monet.The Garden Paintings,” an exhibition slated to open in October, the museum took Wisteria (1917–20) down for the first time since acquiring it in 1961. The institution’s conservator of modern art, Ruth Hoppe, noticed that some retouching work had been done to cover up holes where tiny shards of glass had gotten wedged in the canvas, and decided to have the work subjected to an X-ray scan. This revealed a painted layer beneath the wisteria depicting one of Monet’s most famous subjects: the water lilies that floated on the ponds of his beloved Giverny gardens.

Intriguingly, the work was made late Monet’s life, after he’d had achieved great success—when, presumably, he would not be hard up for cash for art supplies, and would have little reason to paint over an old canvas rather than start on a fresh one. As Hoppe told the New York Times:

There is no obvious reason why he would reuse a canvas. [. . .] The most logical reason for me was that he wanted to try something new, and he wasn’t sure yet where it would end. [. . .] To my eye, this is a bridge between the water lilies and the wisteria.

Monet created his water lily and wisteria paintings concurrently, as part of a planned installation titled “Grandes Décorations” that would feature a continuous watery and verdant landscape. However, while many of the water lilies were ultimately shown at the Orangerie in Paris, the wisteria paintings would not fit into the space and were left in his studio. It was not until several decades later that Monet’s late works found favor with modern art museums, and the water lily paintings (and, to a lesser extent, the wisteria paintings) were snapped up. The Gemeentemuseum discovery suggests there may be an even closer link between the two bodies of work.

As Gemeentemuseum curator Frouke van Dijke told the Times, “For us it was a big surprise [. . .] especially because all the focus is always on the water lilies, so no one really cares about the wisteria.”