The Museum of London may acquire “Trump Baby,” a giant inflatable sculpture of Donald Trump. 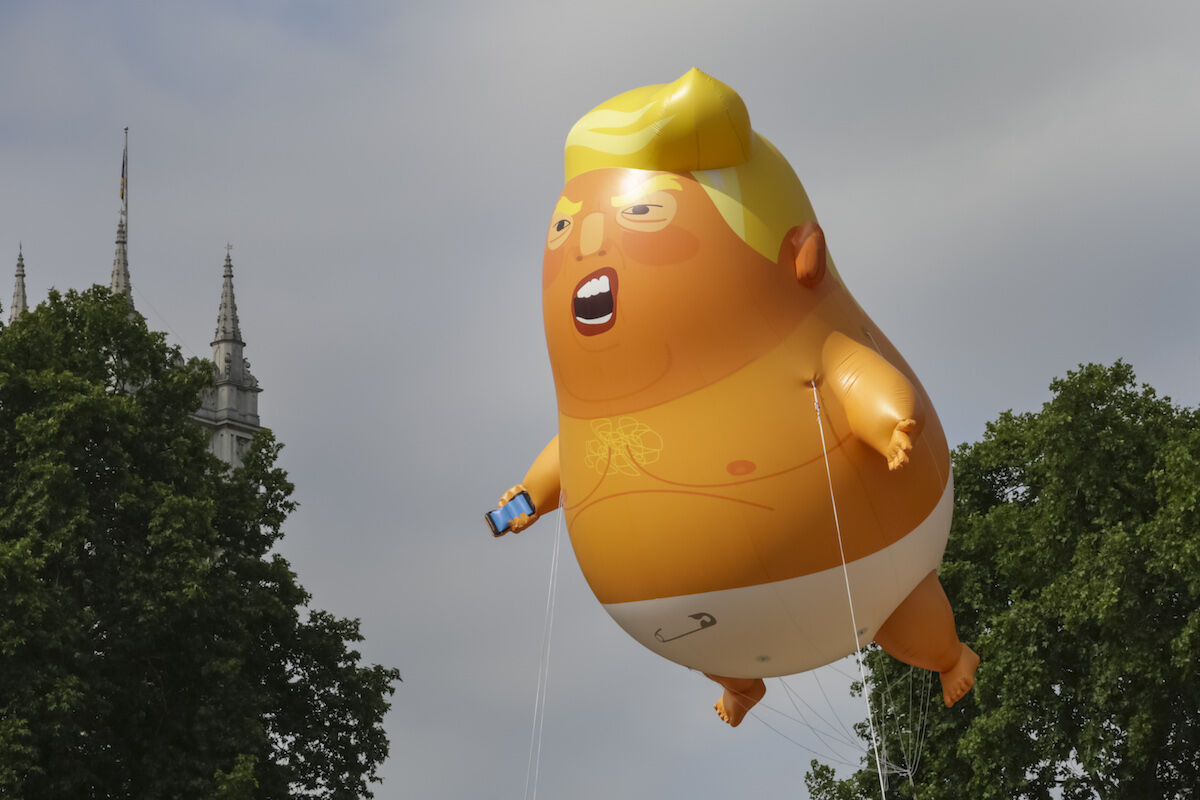 The Museum of London is looking to acquire the so-called “Trump Baby,” a large inflatable sculpture of current U.S. President Donald Trump as a grimacing, smartphone-wielding, diaper-wearing tyke.

The floating sculpture made an appearance near London’s Parliament Square on Tuesday amid protests against Trump’s state visit to Britain. It initially made its debut last summer under similar circumstances, after activist Leo Murray crowd-funded the 20-foot-tall inflatable and London Mayor Sadiq Khan approved the project. Now, amid the return of “Trump Baby” and a war of words between Trump and Khan, the Museum of London wants to preserve the blimp. The institution clarified that is not being partisan as it would also like to acquire a balloon sculpture of Khan, too, for its protest collection.

Both of these balloons are shining examples of political satire. [. . .] And of course, satire is always about the big issues of the day. [. . .] We have thousands of objects from all sorts of protests that have happened in London and this one is very interesting for us at this moment in time.

Ament added that the museum is in conversation with Murray and his fellow “Trump Baby” activists, and the decision about the airborne sculpture’s future is ultimately up to them. She envisions a permanent display of the protest artwork when the Museum of London opens at its new location in 2024, adding: “We're thinking about what will be of interest and what will be evocative for future generations.”