The National Museum of Qatar opened in a dramatic new Jean Nouvel building. 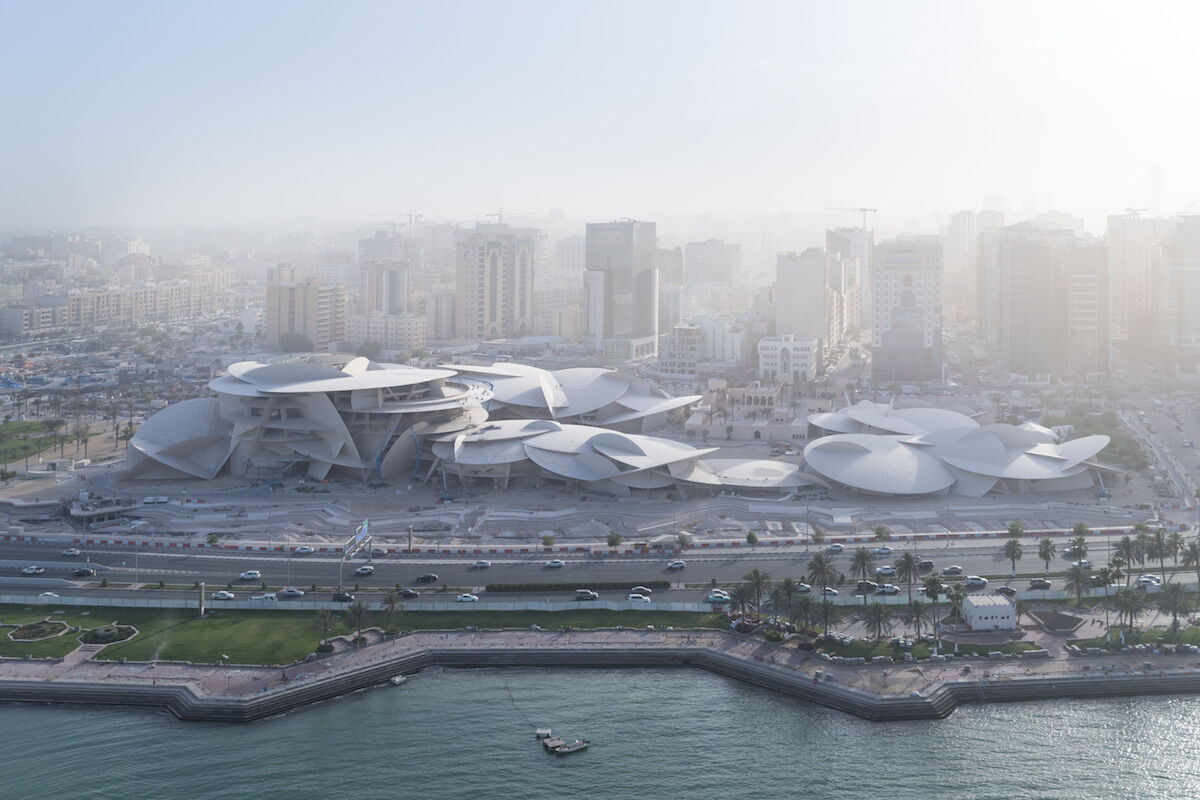 The National Museum of Qatar (NMoQ) opened to the public on Thursday in Doha. The sprawling new 560,000-square-foot museum spans a prismatic Jean Nouvel building intended to evoke a desert rose and the 1906 Palace of Sheikh Abdullah bin Jassim Al Thani. It includes a roughly mile-long gallery circuit that features historic, scientific, and cultural displays. The museum’s exterior is covered with 539 dramatic, sand-colored disks. All told, the ambitious design reportedly cost $400 million to build, according to The Guardian, or about $60 million less than Qatar and its leaders dropped on two big-ticket painting purchases: Paul Gauguin’s Nafea Faa Ipoipo (When Will You Marry?) (1892), for $210 million, and Paul Cézanne’s Card Players (1892–93), for $250 million. (Neither of those works are on view at the NMoQ.)

The NMoQ is Nouvel’s second major museum on the Persian Gulf. In 2017, the United Arab Emirates inaugurated his dramatic Louvre Abu Dhabi; it opened a few months after the UAE, Egypt, Bahrain, and Saudi Arabia imposed a blockade on Qatar, which is still in effect. 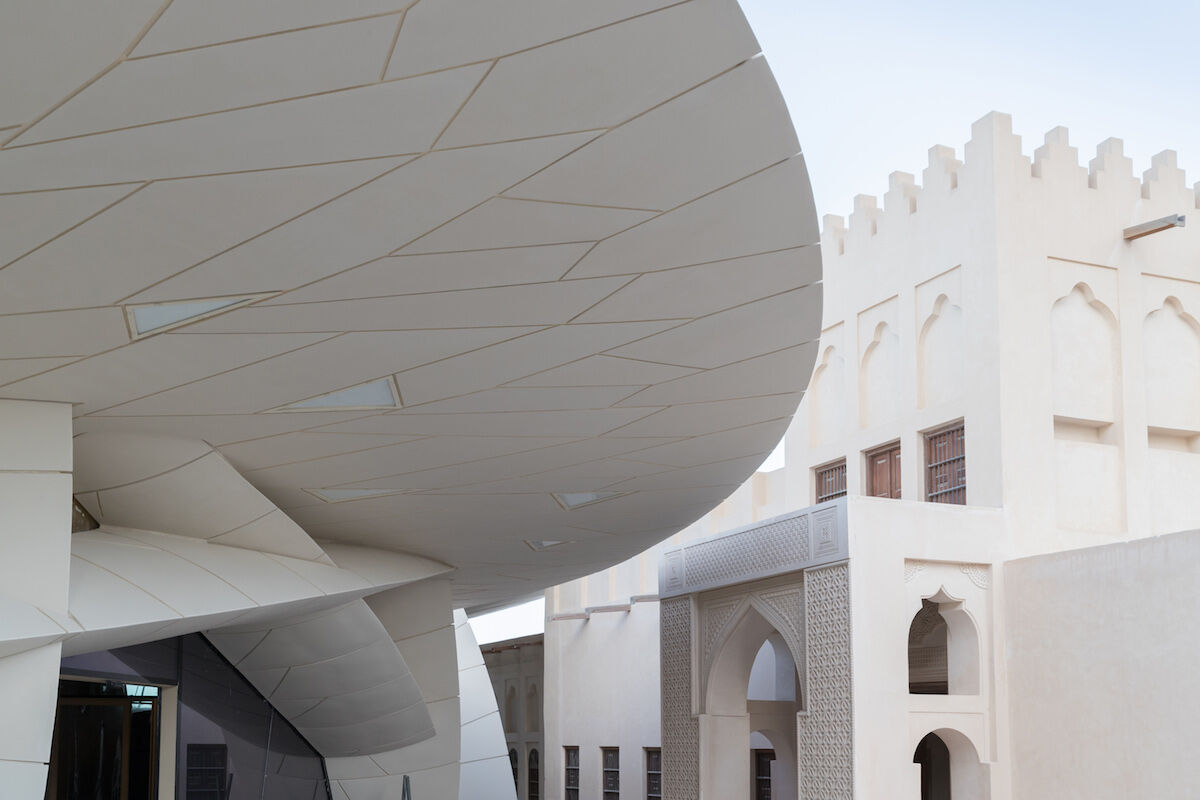 The museum also features permanent displays highlighting Qatar’s development, from the formation of the Qatar peninsula millions of years ago to the fast-paced development of the oil-rich country in the 20th and 21st centuries. The museum’s inaugural special exhibition, “Making Doha: 1950–2030” was co-curated by Rem Koolhas and Samir Bantal and explores the buildings and developments that have transformed the Qatari capital. 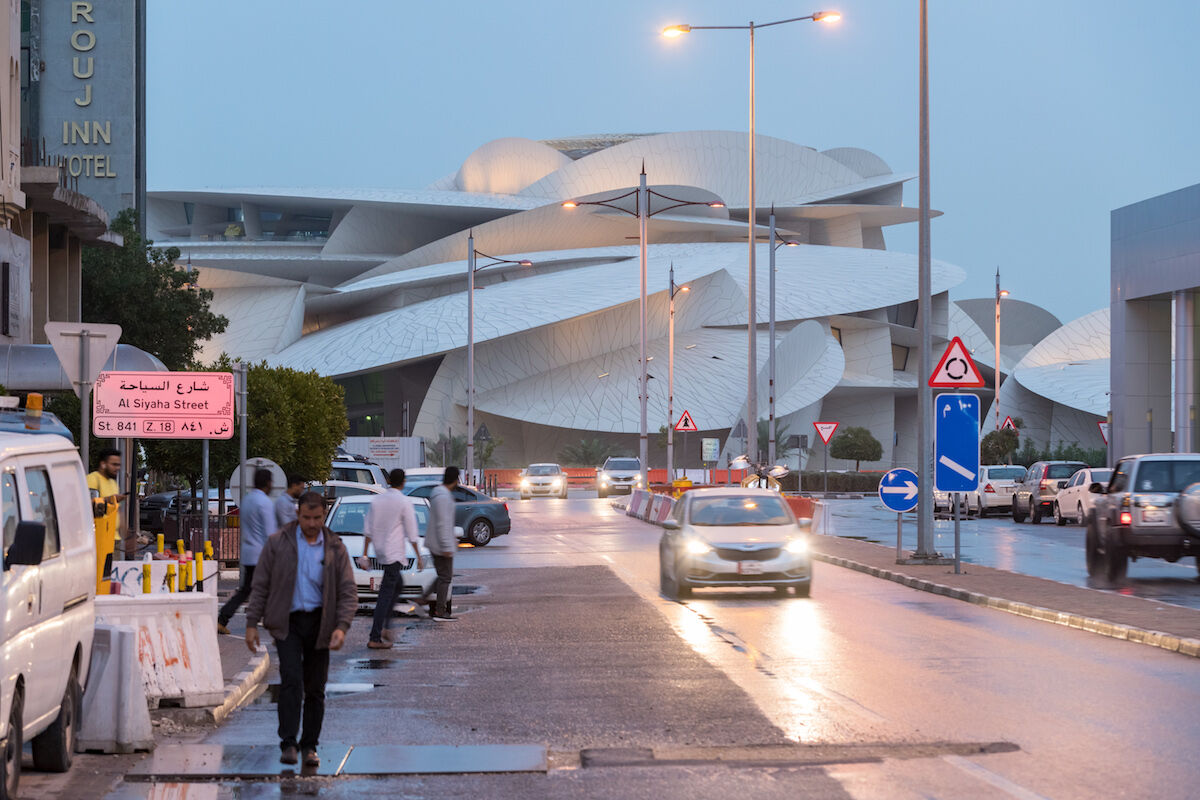 The museum’s opening marks another construction milestone for Qatar as it prepares to host the World Cup in 2022. However, labor conditions faced by migrant construction workers in the country have caused concern in the international community, despite Qatar’s introduction of a minimum wage for the workers in 2017.

While Qatar has taken some important steps to protect human rights, there is still a long way to go before migrant workers are protected from abuse and exploitation. [...] With the World Cup 2022 fast approaching, and as Qatar races to complete planned construction projects in time, now is the time to put in place durable labor rights reforms. 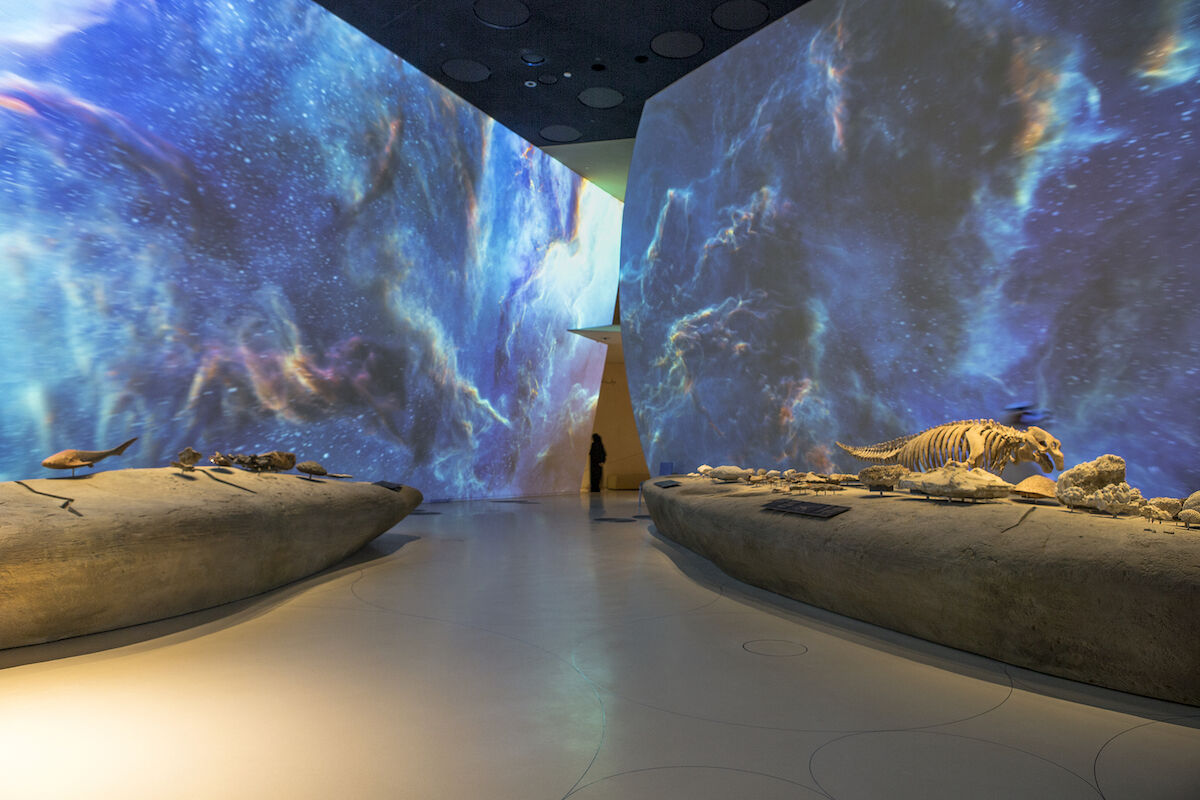 National Museum of Qatar, designed by Ateliers Jean Nouvel, the Formation of the Qatar Peninsula gallery. Photo by Danica Kus. 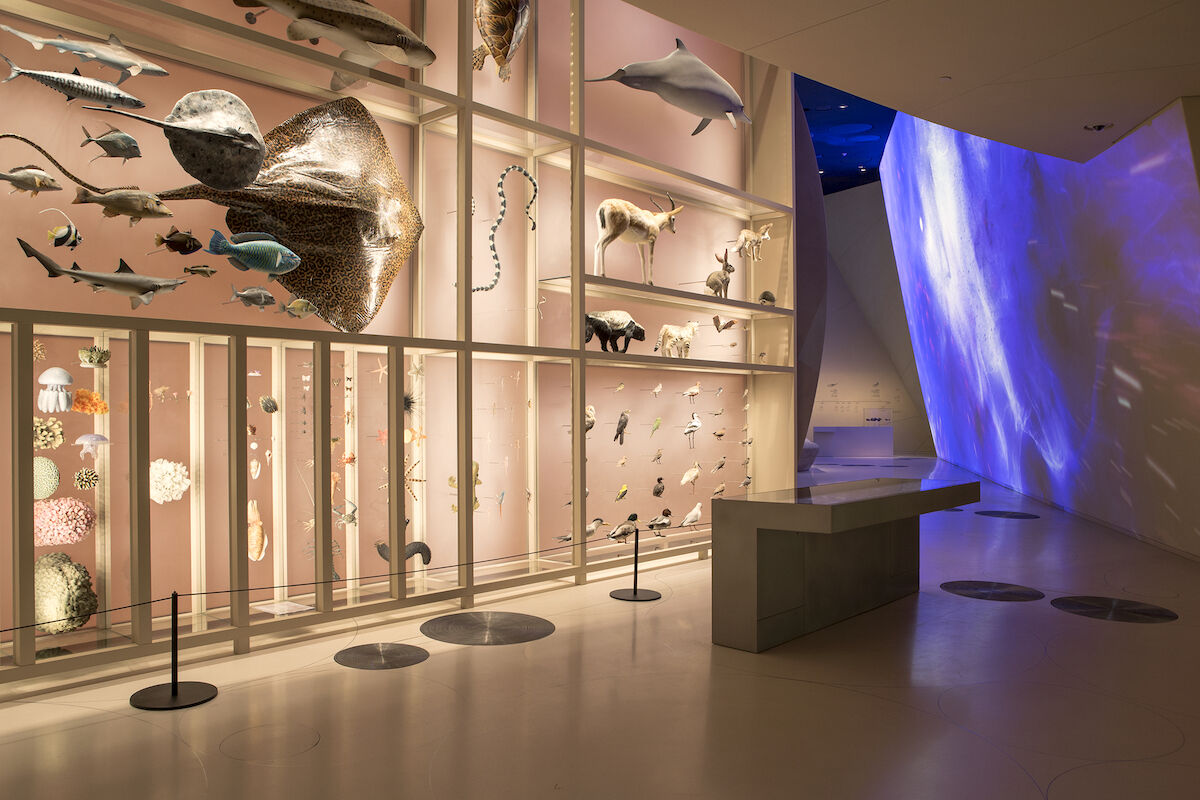 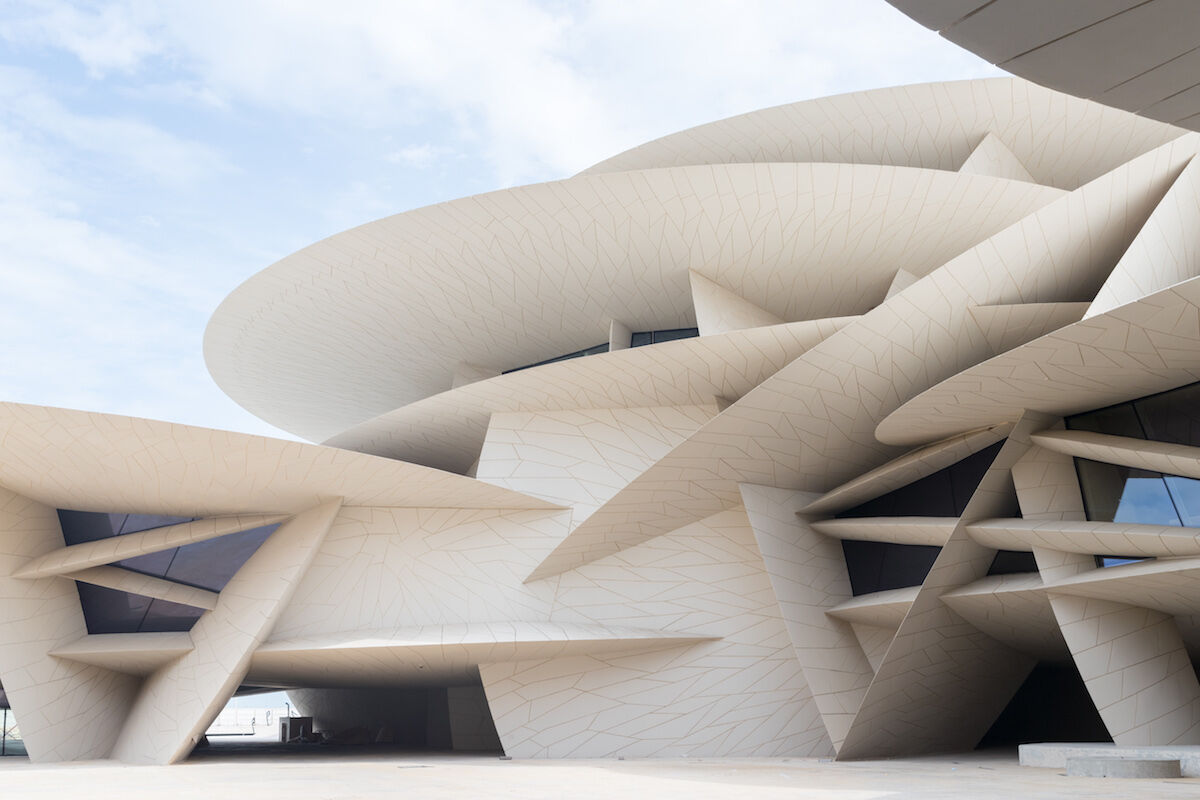 Further Reading: The Buzziest and Most Beautiful Museums Opening in 2019