Nationwide strikes in France forced many museums and cultural institutions to close. 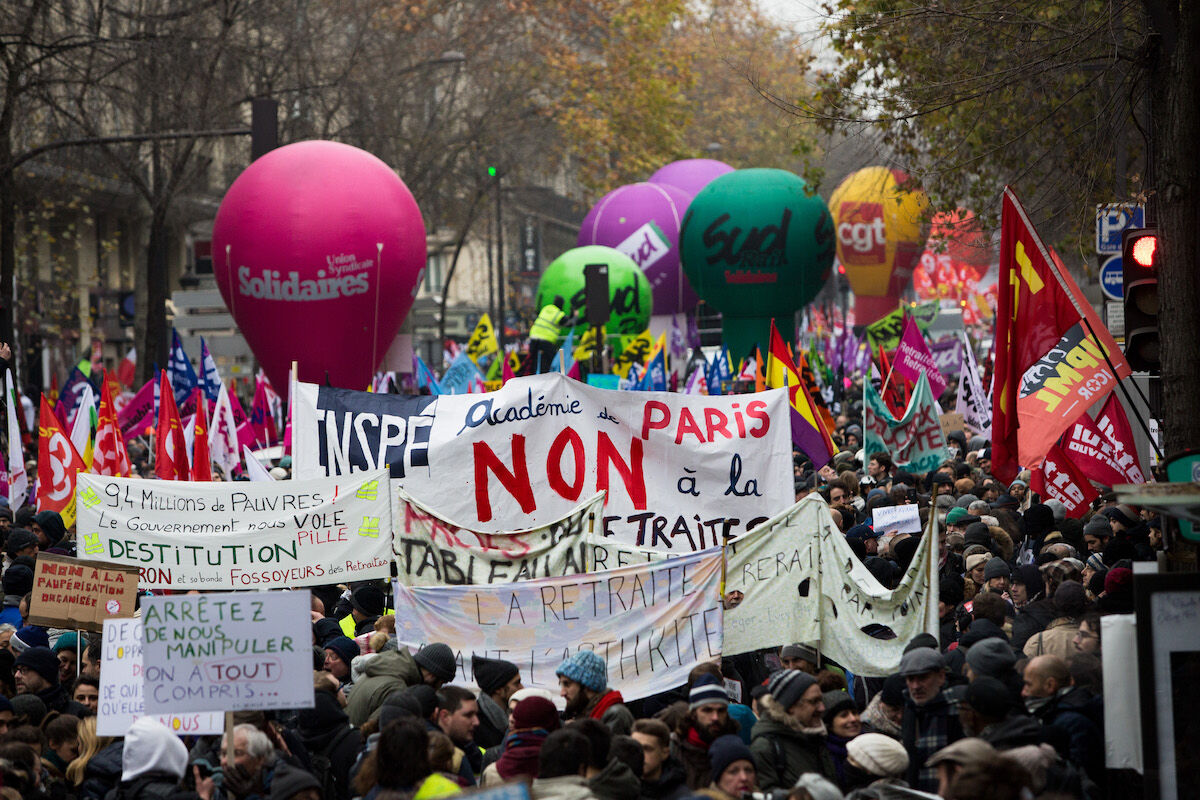 Protesters march in Paris against government pension reform plans and in defense of public service. Photo by Emeric Fohlen/NurPhoto via Getty Images.

A nationwide strike in France against President Emmanuel Macron’s proposed changes to the country’s pension system forced the temporary closure of many museums on Thursday, and others operated with reduced staff or hours. Although estimates varied widely, between 800,000 and 1.5 million people were said to have protested around the country on Thursday. Following Thursday’s actions, a coalition of unions called for another day of strikes and protests on December 10th.

The Musée d’Orsay was closed Thursday and only partially reopened on Friday, according to a notice on its website. The Louvre remained open Thursday, but closed some of its galleries and cancelled its monthly nighttime viewing hours; visitors who had already bought tickets to its major Leonardo da Vinci exhibition were able to see the show. The Musée Rodin posted on Twitter that it would be closed from Thursday night through Sunday; the Palais de Tokyo, closed Thursday, but reopened on Friday with limited hours. Other cultural hotspots were affected by the protests: The Eiffel Tower closed, and officials in Lyon and Strasbourg reported high levels of cancellations for tourism activities and hotels.

The protests shut down quotidian activities across the country, with workers from the transportation, education, healthcare, and other sectors all participating in the strikes. Macron’s proposed changes to France’s cherished pension system have prompted nationwide outrage, with many critics fearing they will receive lower payouts because of the overhaul. For many, the strikes bring back memories of earlier protests: Last year, the Yellow Vest movement forced Macron to make concessions on fuel prices and government subsidies; in 1995, 2 million protestors and three weeks of strikes led to the abandonment of a proposed pension reform.