New evidence links retired couple to the theft of a $160 million de Kooning that was found in their bedroom. 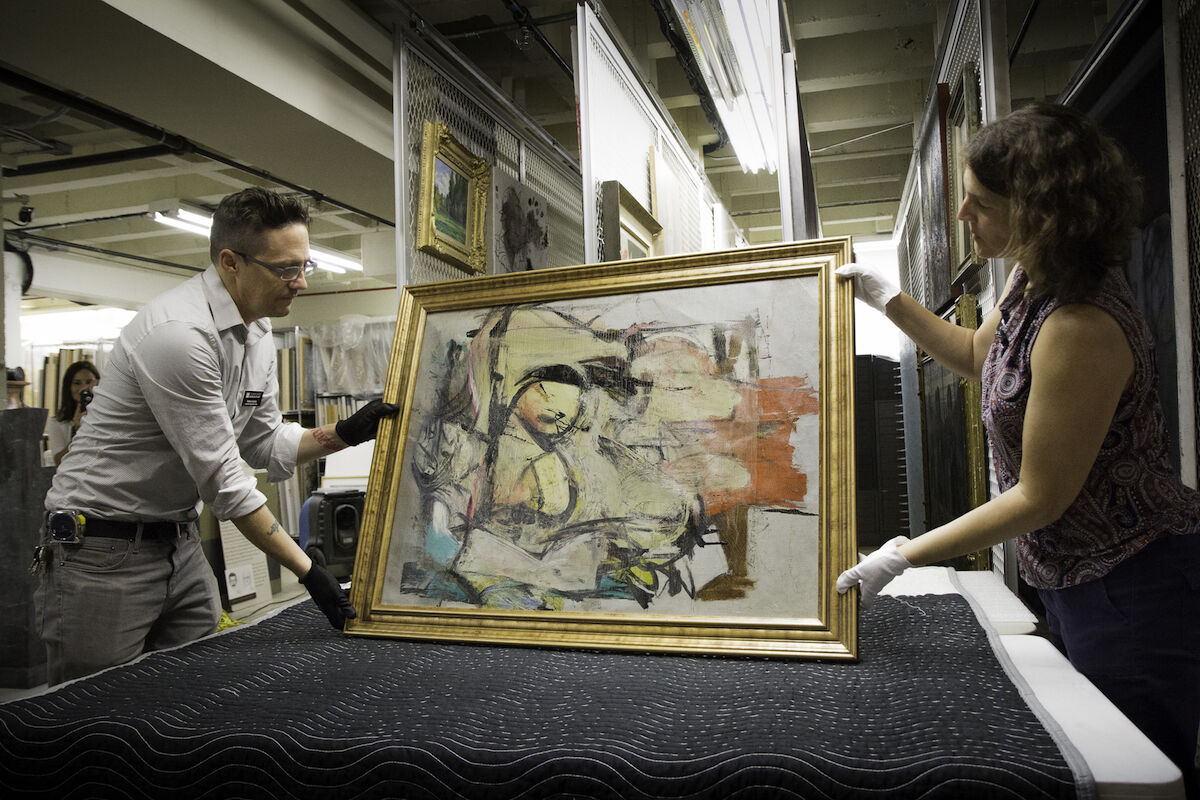 After Rita Alter died last summer, a Willem de Kooning painting valued at $160 million that had been stolen from the University of Arizona Museum of Art in 1985 was found in the bedroom she had shared for decades with her late husband Jerry in their home in rural New Mexico. How the retired New York City transplants had come into possession of the pricey, purloined work remained a mystery.

However, a family photograph recently found by Ron Roseman, Rita Alder’s nephew and the executor of her estate, shows that the couple spent Thanksgiving in 1985 visiting family in Tucson, Arizona. The day after the photo was taken, a man and a woman walked into the art museum on the University of Arizona’s Tucson campus; investigators believe the woman started chatting with the museum guard while the man went upstairs, cut de Kooning’s Woman-Ochre (1954–55) out of its frame, rolled it up, and walked back out with his partner in crime. The art thieves were never found and the de Kooning only resurfaced after a local antique shop acquired it in an estate sale—along with a host of other objects from the Alters’ home—for $2,000.

The newly discovered photo putting the Alters near the scene of the crime joins other scraps of evidence that might tie them to the heist. Most outlandishly, in one of the three books that the couple self-published (a collection of short stories titled The Cup and The Lip: Exotic Tales), one story follows a grandmother and granddaughter as they case an art museum and then rob it of one of its most prized objects, a 120-carat emerald.

Roseman, for his part, doesn’t think his uncle and aunt stole the painting, but rather acquired it without knowing its problematic provenance. “We have no idea when they got it, how they got it, if they were involved, if they bought it from someone,” he said. “Ultimately there’s a lot of coincidence.”

An FBI investigation into the heist is ongoing.