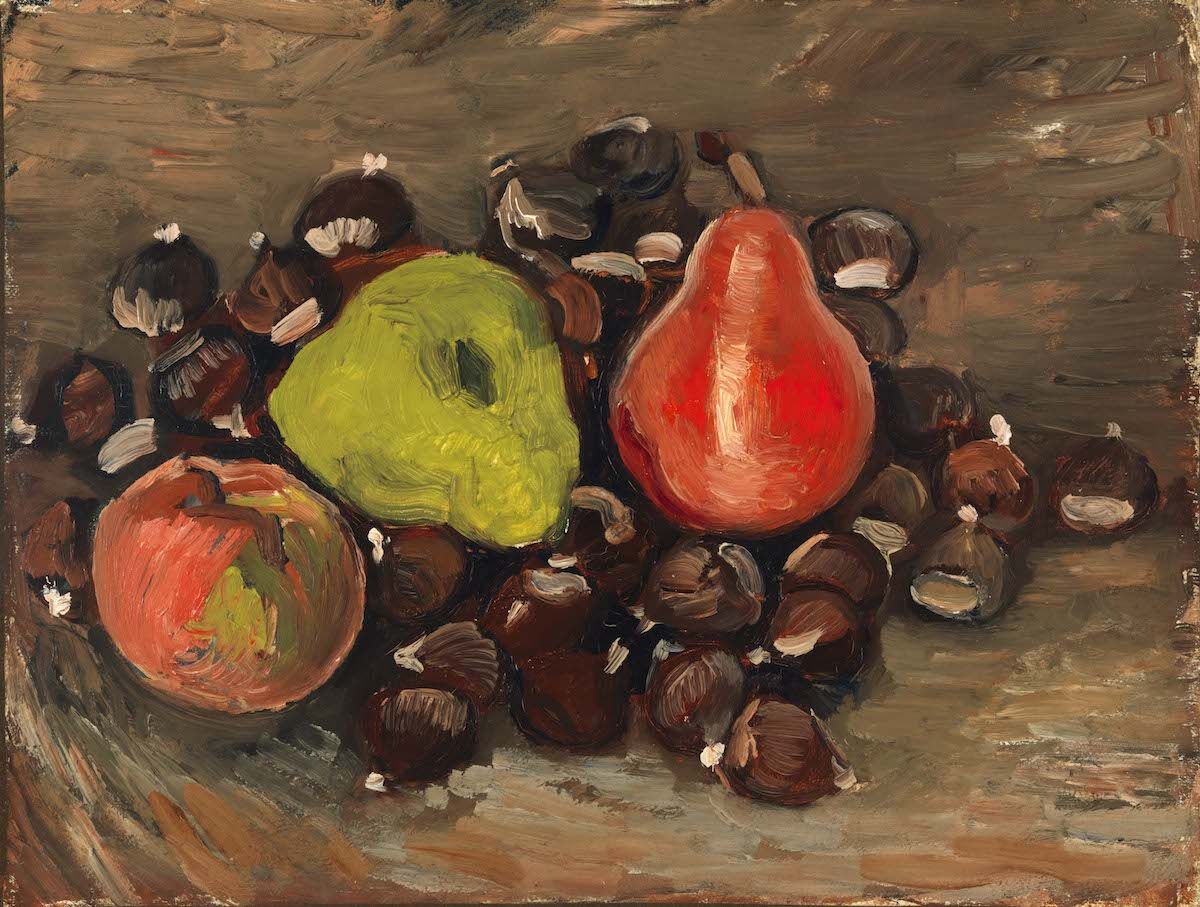 A still life by Vincent van Gogh held by the Fine Arts Museums of San Francisco had been under scrutiny for decades as it was suspected to be fraudulent, but specialists from the Van Gogh Museum in Amsterdam have declared it authentic. The painting, Still Life with Fruit and Chestnuts (1886), was gifted to the Fine Arts Museums of San Francisco—the body that runs both the Legion of Honor and the de Young Museum—in 1960 and was believed at the time to have been executed in 1884, raising concerns due to its coloring, which was atypical for that period.

After decades of uncertainty, specialists have now declared that the painting matches a small body of works that Van Gogh produced in Paris between October and December of 1886, proving its authenticity and contextualizing it in the life of the artist.

Thomas Campbell, director of the Fine Arts Museums of San Francisco, told The Art Newspaper that the painting displays “Van Gogh’s experimentation with techniques learned from studying Flemish old masters as well as the Impressionists” and that this will illuminate for visitors “the dialogue between works from our European paintings collection.”

In conducting their research, experts from the Amsterdam museum made another interesting discovery: using infrared technology, they determined that this canvas was originally a different painting that, presumably short on money and supplies, Van Gogh chose to paint over. The original painting was a portrait of a woman wearing a scarf, most likely carried out a few months prior.