A new record was set for 103-year-old painter Carmen Herrera. 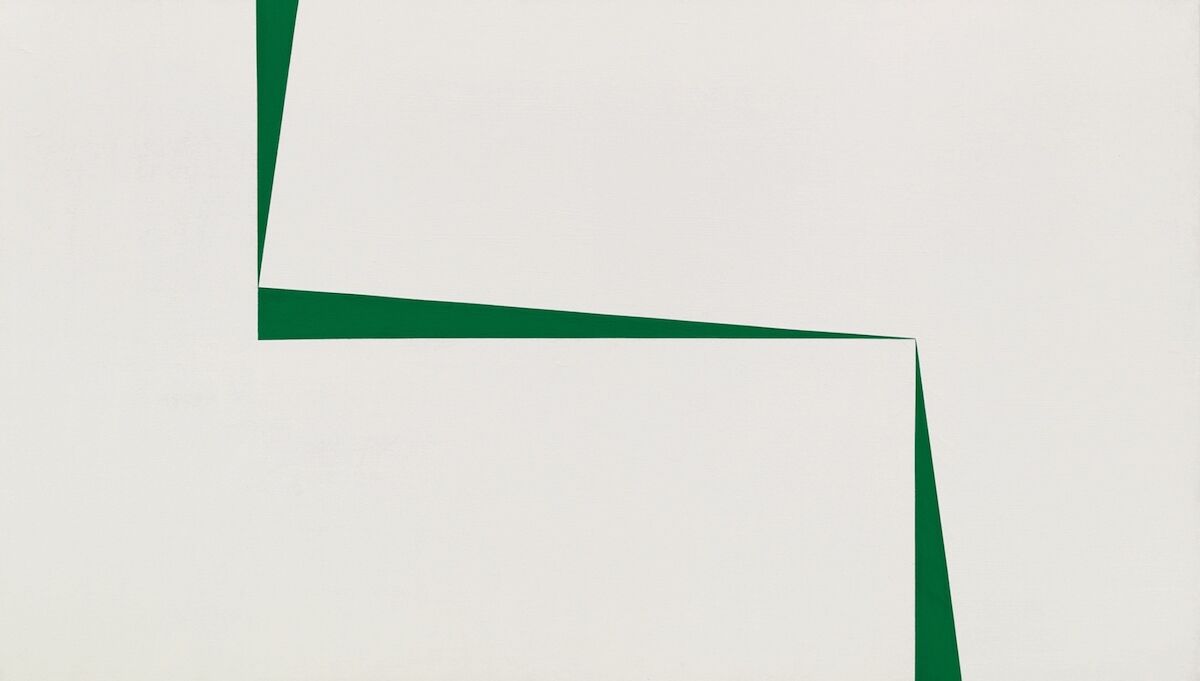 Carmen Herrera’s Blanco y Verde (1966–1967) sold for $2.9 million, with fees, at an all-women Sotheby’s auction to benefit the all-girls Connecticut boarding school Miss Porter's on Friday. Heralded as the artist’s most important painting ever to appear at auction, it set a new record for 103-year-old Herrera, exceeding its high estimate of $2 million.

All told, the white-glove morning sale raised an above-estimate $3.9 million for Miss Porter’s School, which has earmarked the funds for financial aid. Agnes Gund and Oprah Winfrey co-chaired the fundraising effort, for which 43 works by 41 women artists were donated; 17 of the lots were included in an online-only sale up through March 7.

The By Women, For Tomorrow’s Women auction exceeded its high estimate, confirming that art by women is in demand and demonstrating the power of the all-girl network. The success of today’s sale will enable emerging female leaders to attend Miss Porter’s School and go on to shape a changing world.