A newly discovered medieval game board may hold a clue to the location of a lost monastery. 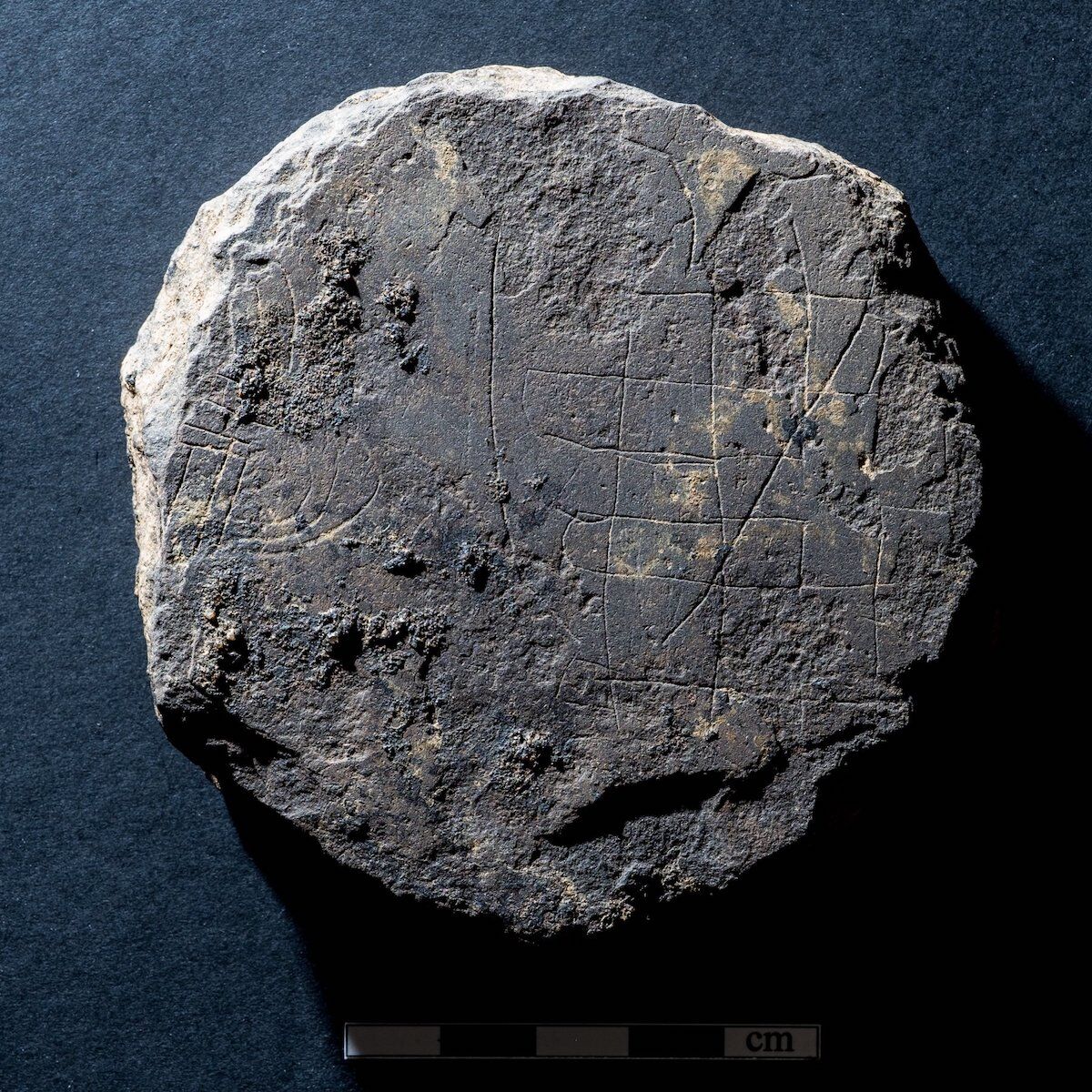 The newly discovered medieval gaming board. Photo by Michael Sharpe, courtesy the Book of Deer Project.

Archaeologists in Aberdeenshire, Scotland, have discovered a medieval gaming board they believe may be a clue to the location of the long-lost Monastery of Deer, whose monks created the famed illuminated manuscript the Book of Deer, believed to be from the first half of the 10th century. The board, which was found near the village of Old Deer, would have been used to play the Norse strategy game Hnefatafl.

“It is a very rare object and only a few have been found in Scotland, mainly on monastic or at least religious sites,” archaeologist Ali Cameron told The Scotsman. “These gaming boards are not something everyone would have had access to.” Layers under the gaming stone have been carbon dated to the 7th and 8th centuries, according to the BBC.

Archaeologists have been on the hunt for the site of the Monastery of Deer for several years, and believe that the discovery of the gaming board means they are getting close. In the 10th century, monks living in the Pictish-era monastery created a prayer book inscribed with four gospels from the Bible in Old Irish and Vulgate Latin. The Book of Deer was subsequently revisited in the 13th century by monks who inscribed notes in its margins. Now housed in the Cambridge University Library, the manuscript concludes with the following inscription: “Be it on the conscience of anyone who reads this splendid little book that they say a prayer for the soul of the wretch who wrote it.”