A Nicole Eisenman fountain will splash down in Boston. 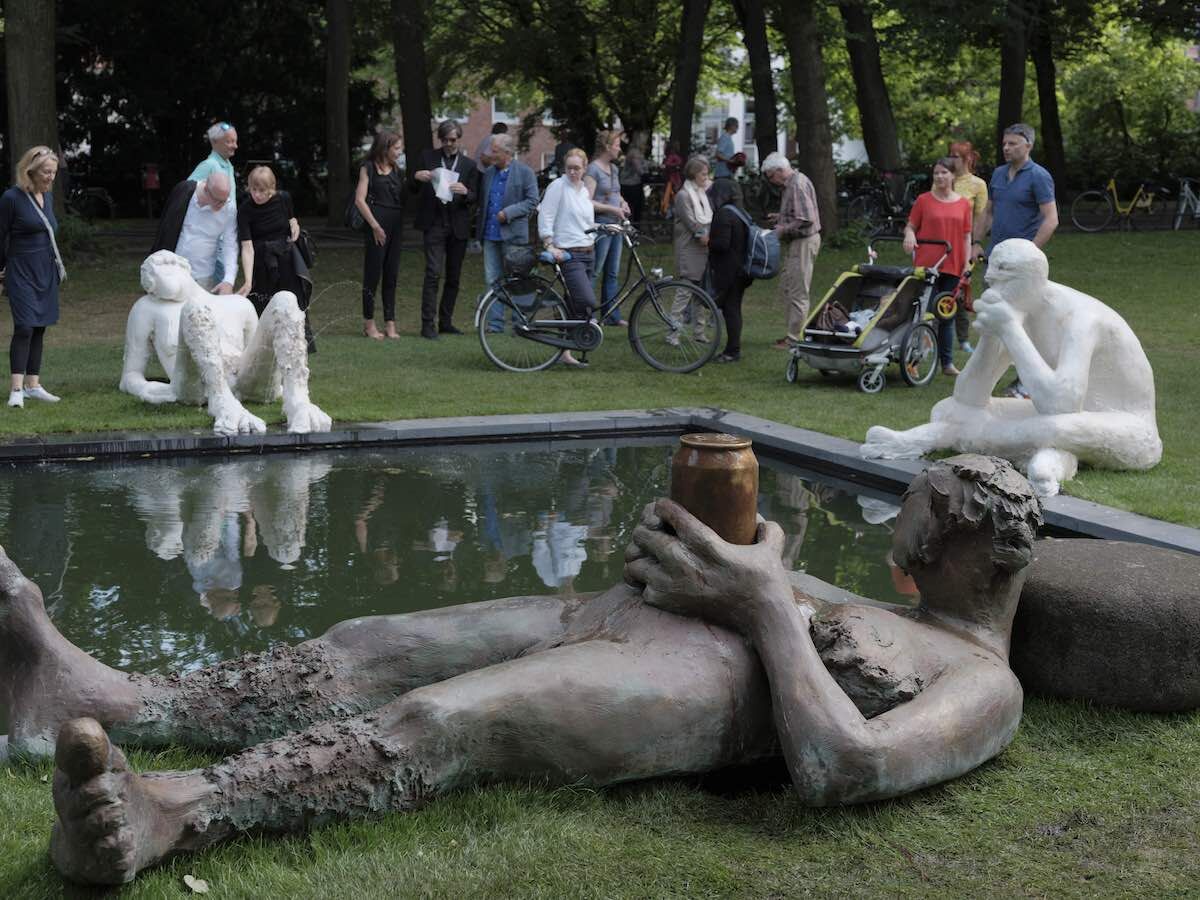 Nicole Eisenman’s playful public installation Fountain (2019) will soon be a permanent fixture of a development project currently underway in the Fenway neighborhood of Boston. An earlier version titled Sketch for a Fountain (2017) was a hit with the public (and vandals) when it premiered at the 2017 edition of Skulptur Projekte Münster.

The sculpture features several figures situated in various leisurely postures around a shallow pool of water. In the initial Münster version, the figures were made of both bronze and plaster, but in the new iteration they will all be bronze. The new installation will be unveiled on June 2nd at a complex dubbed 401 Park—a former Sears & Roebuck Company building in Fenway that is being revamped by local developer Samuels & Associates. Eisenman’s sculpture will be the centerpiece of a 1.1-acre park at the development that will be open to the public. 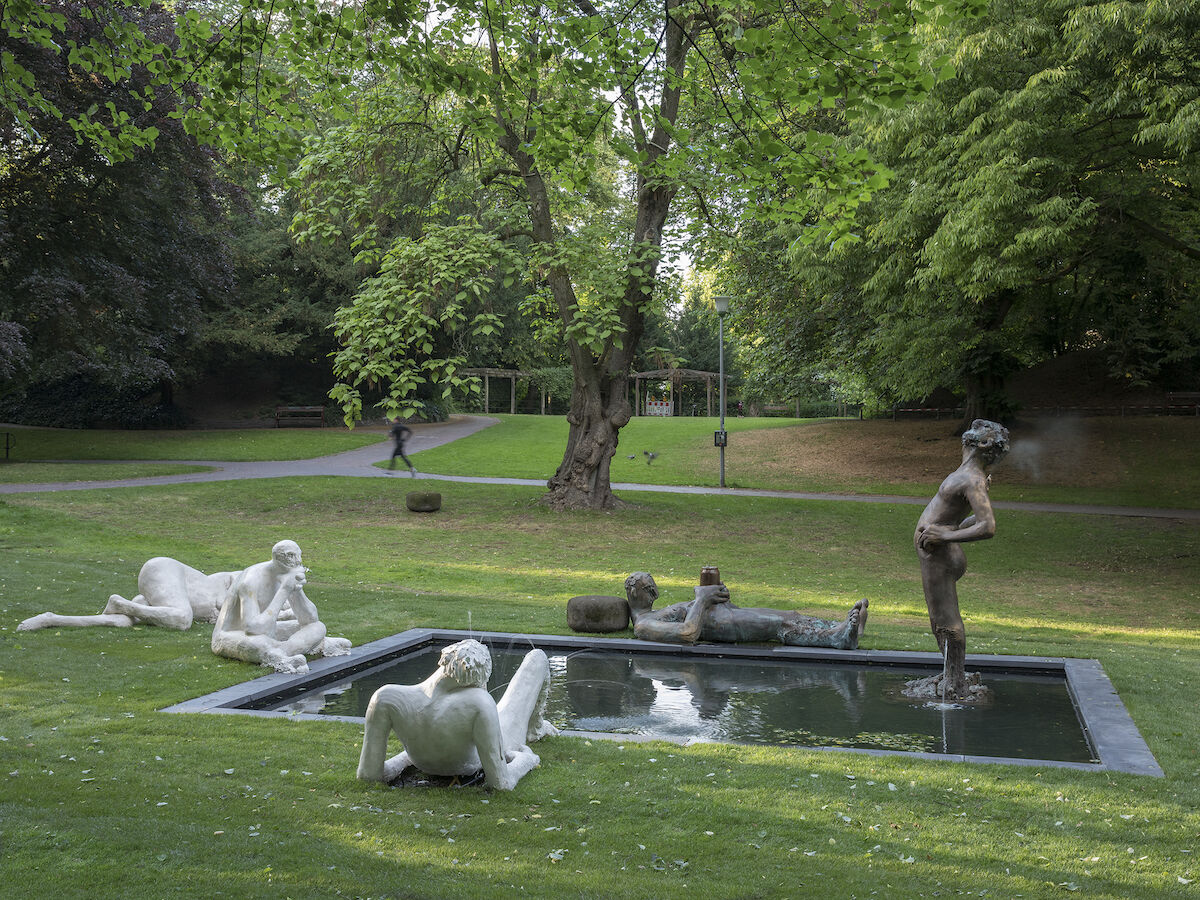 In a statement, Eisenman said:

I’m happy to know the fountain will be situated in a place where people are likely to hang out and enjoy some leisure time. [...] I look forward to seeing kids climbing on the sculptures and this piece integrating into the fabric of life in the Fens.

The Münster version of Eisenman’s fountain was so popular in the German city that locals set about raising €800,000 ($900,000) to make the work permanent.

Further Reading: Nicole Eisenman’s Paintings Will Make You Laugh, Even When It Hurts