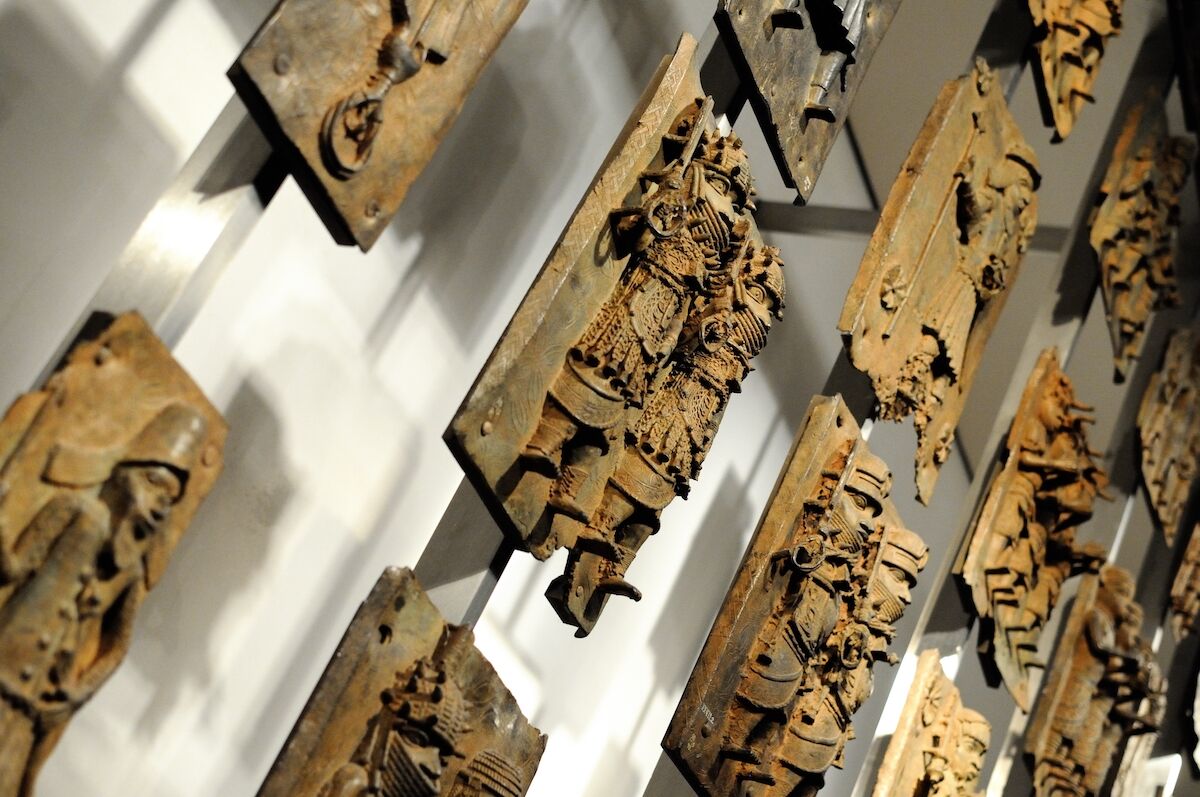 Benin bronzes on display at the British Museum. Photo by Rtype909, via Wikimedia Commons.

Talks in the Dutch city of Leiden last week between representatives from Nigeria and museums in the U.K., Germany, the Netherlands, Sweden, and Austria concluded with an agreement for European institutions to loan Beninese artifacts to the Benin Royal Museum, a new Nigerian institution scheduled to open in three years. Dubbed the Benin Dialogue Group, participants in the talks included representatives of the National Museum of World Cultures in Leiden, the Ethnological Museum in Berlin, the British Museum in London, and the Weltmuseum in Vienna, as well as officials from the Nigerian state of Edo, the country’s National Commission for Museums and Monuments, and the Royal Court of Benin.

“The Benin Dialogue Group meeting in Leiden was very fruitful; all the partners were open and frank in their discussion,” Prince Gregory Akenzua, the Enogie of Evbobanosa, said in a statement quoted by Nigerian daily This Day. “I am happy we are making progress in the effort to give our people the opportunity to once more access our heritage objects that were looted in 1897.”

Some 4,000 artifacts were looted from the royal palace in Benin City by British troops during a punitive expedition in 1897. Those objects, including the cast metal plaques that formerly adorned Benin’s royal palace and are commonly known as the Benin Bronzes, are now held in the collections of museums throughout Europe and have been the focus of renewed calls for repatriation in recent years.

In a statement, Stijn Schoonderwoerd, the executive director of the National Museum of Ethnology in Leiden, said:

We were very impressed by the progress made by our Nigerian partners towards the new museum. [...] A central objective for the Benin Dialogue Group is to work together to establish a museum in Benin City with a rotation of Benin works of art from a consortium of European museums in collaboration with the Edo State Government and the Royal Court of Benin, with the support of the National Commission for Museums and Monuments, Nigeria.

The next meeting of the Benin Dialogue Group is scheduled for next year in Benin City. 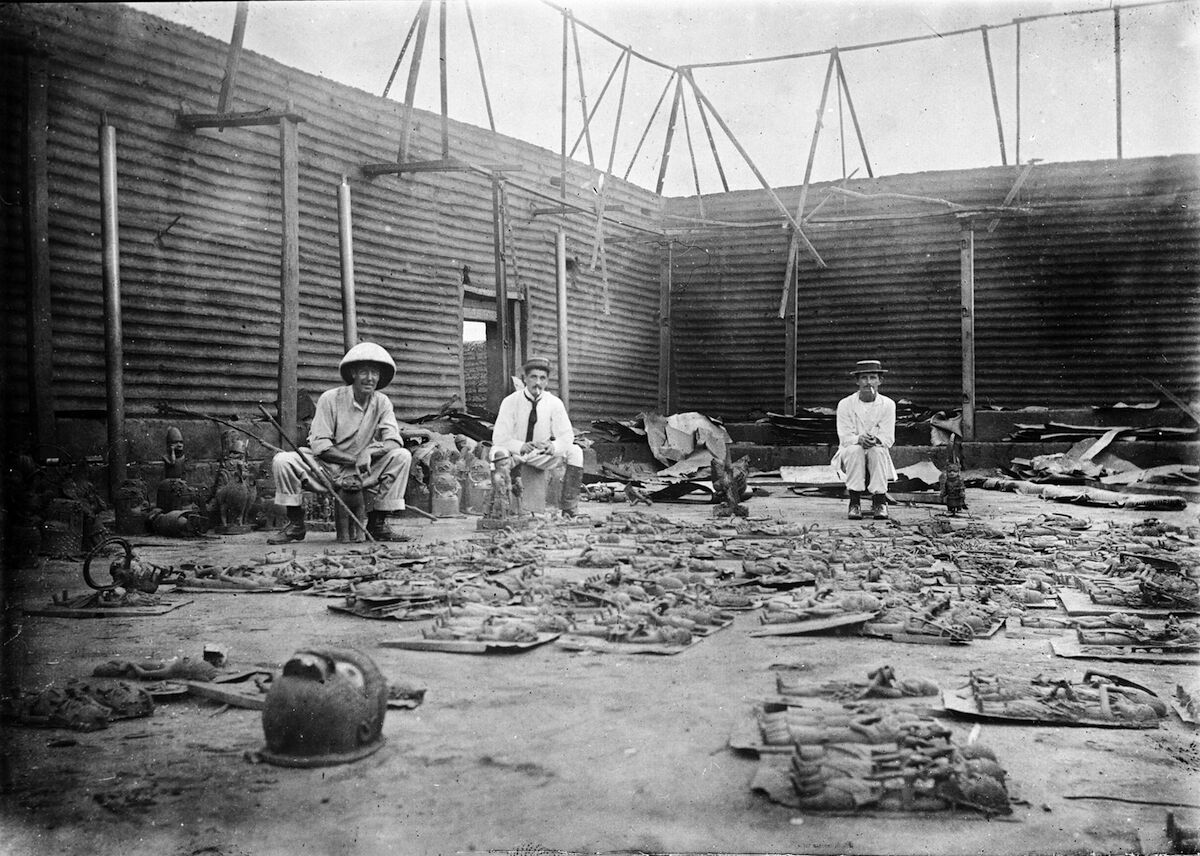 Interior of Oba’s compound burnt during the siege of Benin City, with bronze plaques in the foreground and three British soldiers of the Benin Punative Expedition, February 9–18, 1897. Photo by Reginald Granville, via Wikimedia Commons.