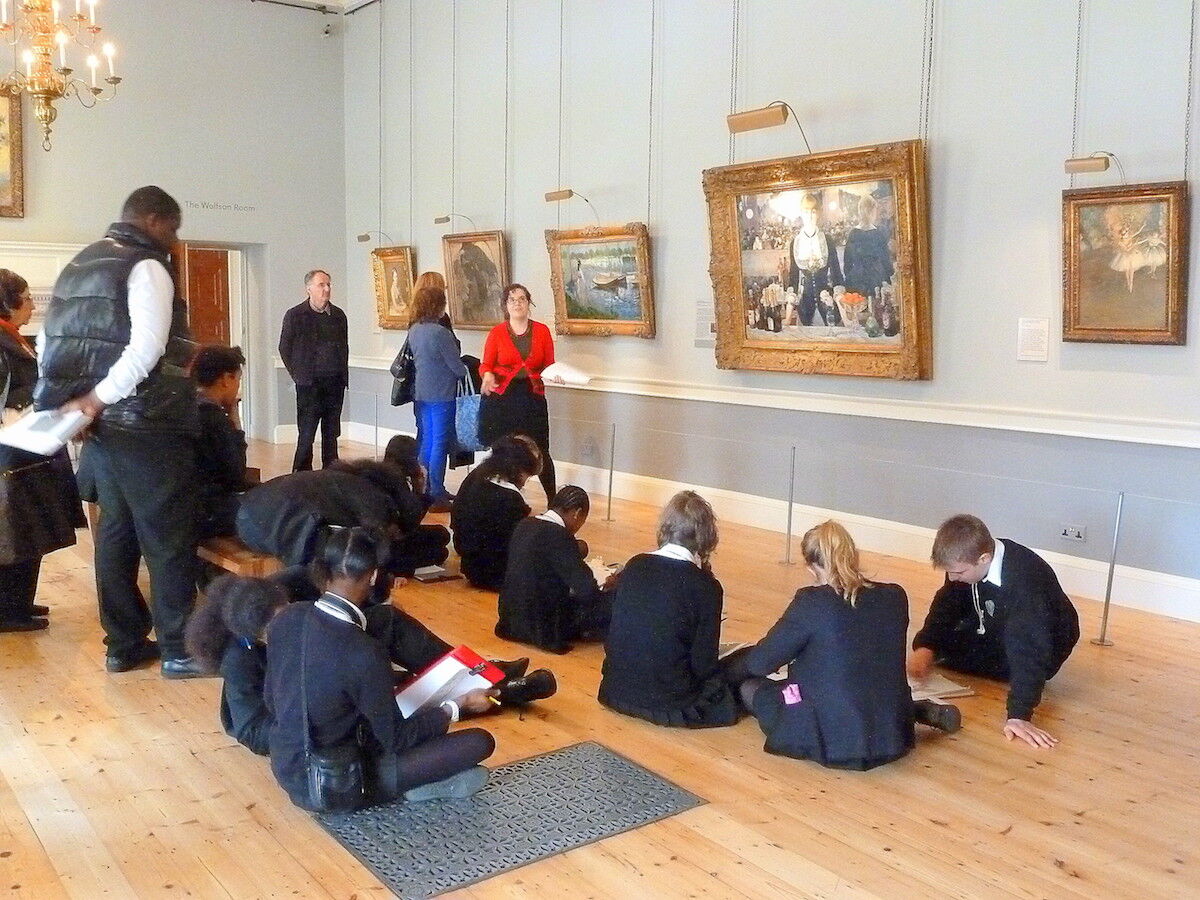 A school group at the Courtauld Institute in London. Photo by Tom Flemming, via Flickr.

The number of first-year undergraduate students pursuing art history degrees dropped 28.5 percent in the U.K. over the past decade, according to new data from the Higher Education Statistics Agency (HESA). All classes under the “historical and philosophical” umbrella, which includes art history, saw a 17.5 percent drop in enrollment over the past decade among students with a permanent residence in the U.K. Meanwhile, in the past year, 7 percent more students pursued business and administrative studies degrees. Creative arts and design classes, meanwhile, saw a slight decline of 1.5 percent from the 2017–18 school year to 2018–19, according to The Art Newspaper.

The dramatic dip in art history enrollment among first-year university students follows a controversial attempt by the U.K. government to remove the subject from its A-level offerings in 2016. (The U.K.’s A-levels are similar to Advanced Placement or specialized SAT tests in the U.S.) That effort was met with widespread resistance from art historians and artists including Anish Kapoor and Jeremy Deller. Ultimately, the art history A-levels were saved.

In the U.S., a similar uproar was sparked in 2014 when then-President Barack Obama espoused the value of vocational training at the expense of art history. According to Politico, during a speech in Wisconsin he said:

Obama did, however, get an email from University of Texas at Austin art history professor Ann Collins Johns complaining about his off-the-cuff remark about her discipline. In response, the president wrote Johns a letter asking her to “pass on my apology for the glib remark to the entire department.”

According to a National Endowment for the Arts report released last year, the arts and culture sector contributed $804.2 billion to the economy in 2016, or roughly 4.3 percent of the United States’s GDP. Across the pond, the arts and culture industry contributes some £10.8 billion ($14 billion) annually to the U.K. economy according to a 2019 report prepared by Arts Council England.