An obscure German artist stole the show at Sotheby’s post-war and contemporary art sale in London. 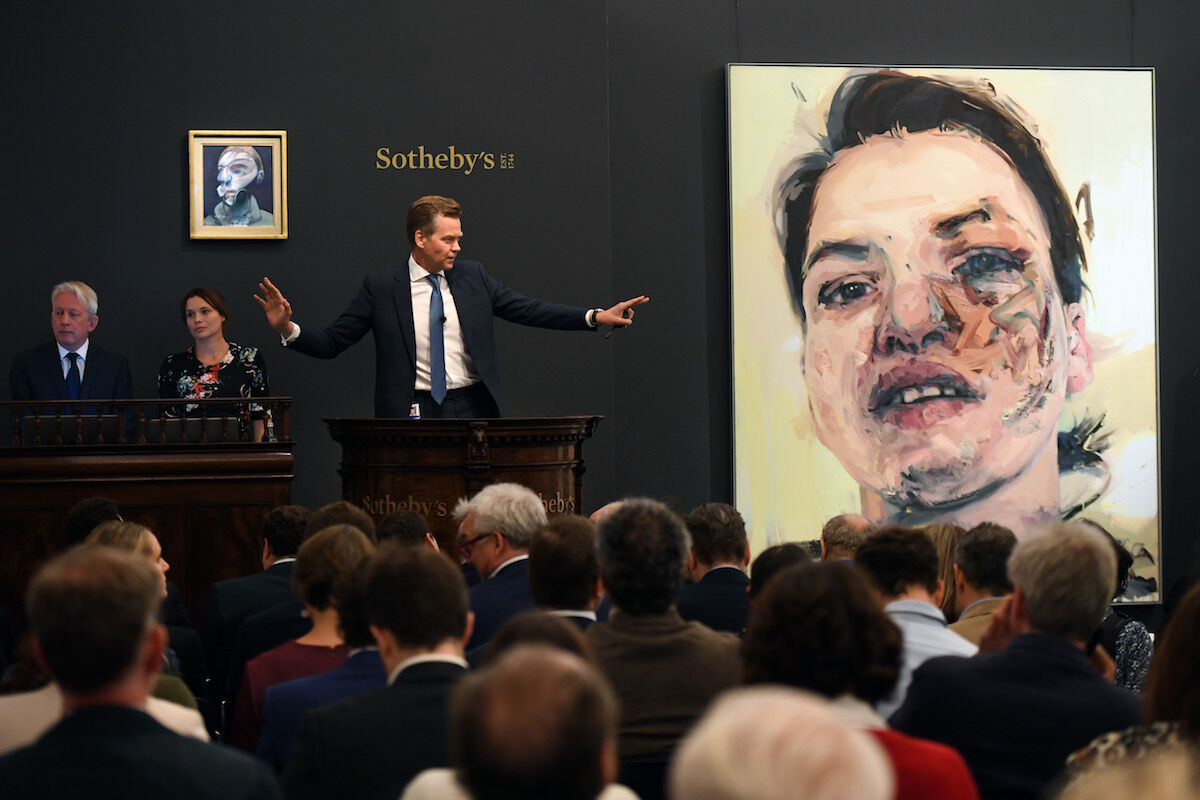 The post-war and contemporary art evening sales continued in London Wednesday night at Sotheby’s, where £69.1 million ($88 million) worth of art was sold over the course of the 42-lot sale. The auction’s total hammer price was £58.4 million ($74.3 million), just good enough to surpass the low estimate of £58 million ($73.5 million). Only four works failed to sell, amounting to a sell-through rate of 90% by lot. 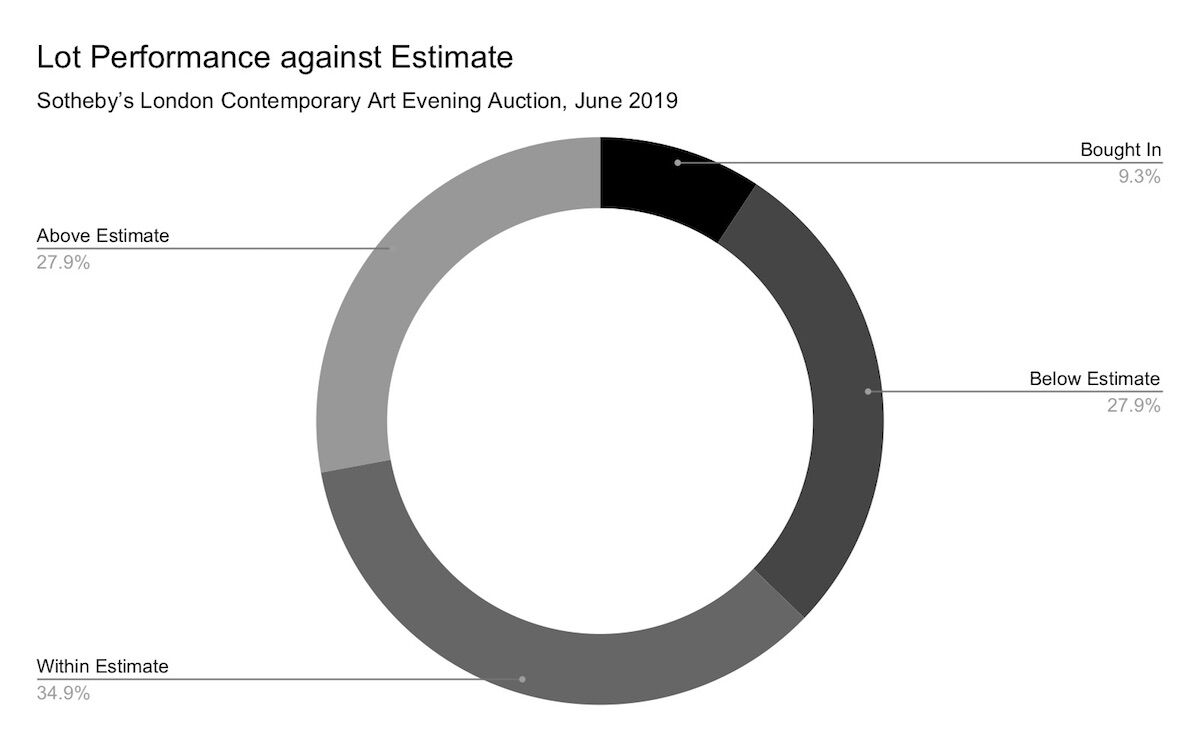 Many of the works were sold on single bids to their guarantors, including what’s likely to be the biggest lot of the week: Francis Bacon’s Self-Portrait (1975), which hammered at £14.35 million ($18.26 million) to the anonymous collector who placed an irrevocable bid on the work. With fees, the price was £16.5 million ($21 million), well above the top lot at Christie’s on Tuesday night: Jean Dubuffet’s’s Cérémonie (Ceremony) (1961), which sold for £8.7 ($11.1 million) with fees.
Overall, Sotheby’s emerged as the victor over its archrival, as Christie’s grossed just £45.1 million ($57.5 million) with fees at its sale Tuesday—though the sale was significantly smaller, with just 34 lots. Despite the many guarantees at Sotheby’s, several bidding wars on particular lots set new records for artists. A glorious Albert Oehlen self-portrait broke the artist’s auction record, and a new high mark was achieved for the German artist Wols, who died in 1951 at age 38—his work rarely gets consigned to auction, as only 22 paintings have ever hit the block. 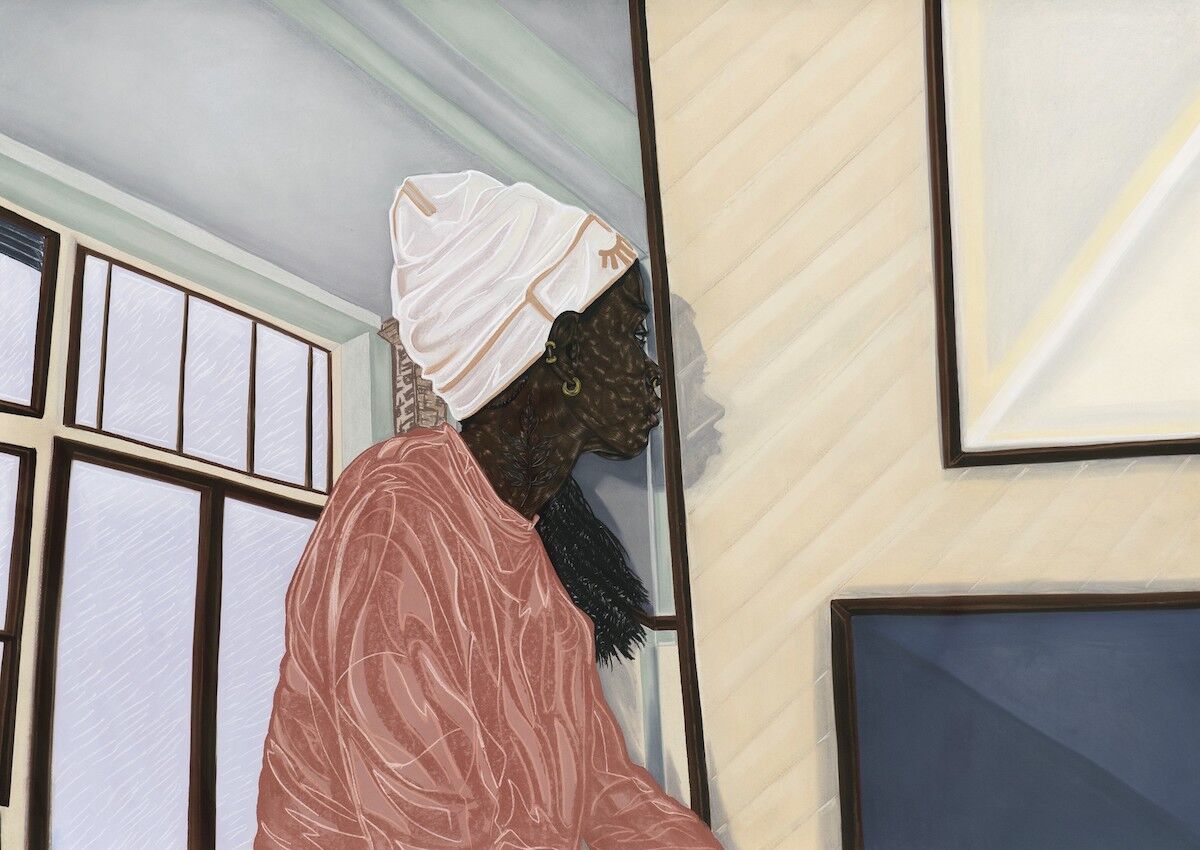 The sale also saw new records set for Cameroonian artist Pascale Marthine Tayou and Toyin Ojih Odutola, the Nigerian artist who made her evening sale debut at Sotheby’s in March. On Wednesday night, five bidders chased her large 2017 work, Compound Leaf, which hammered at £380,000 ($483,000) to a Middle Eastern collector on the phone with a Sotheby’s specialist. The hammer price was more than double the high estimate of £150,000 ($191,000), and with fees the price came to £471,000 ($599,000). 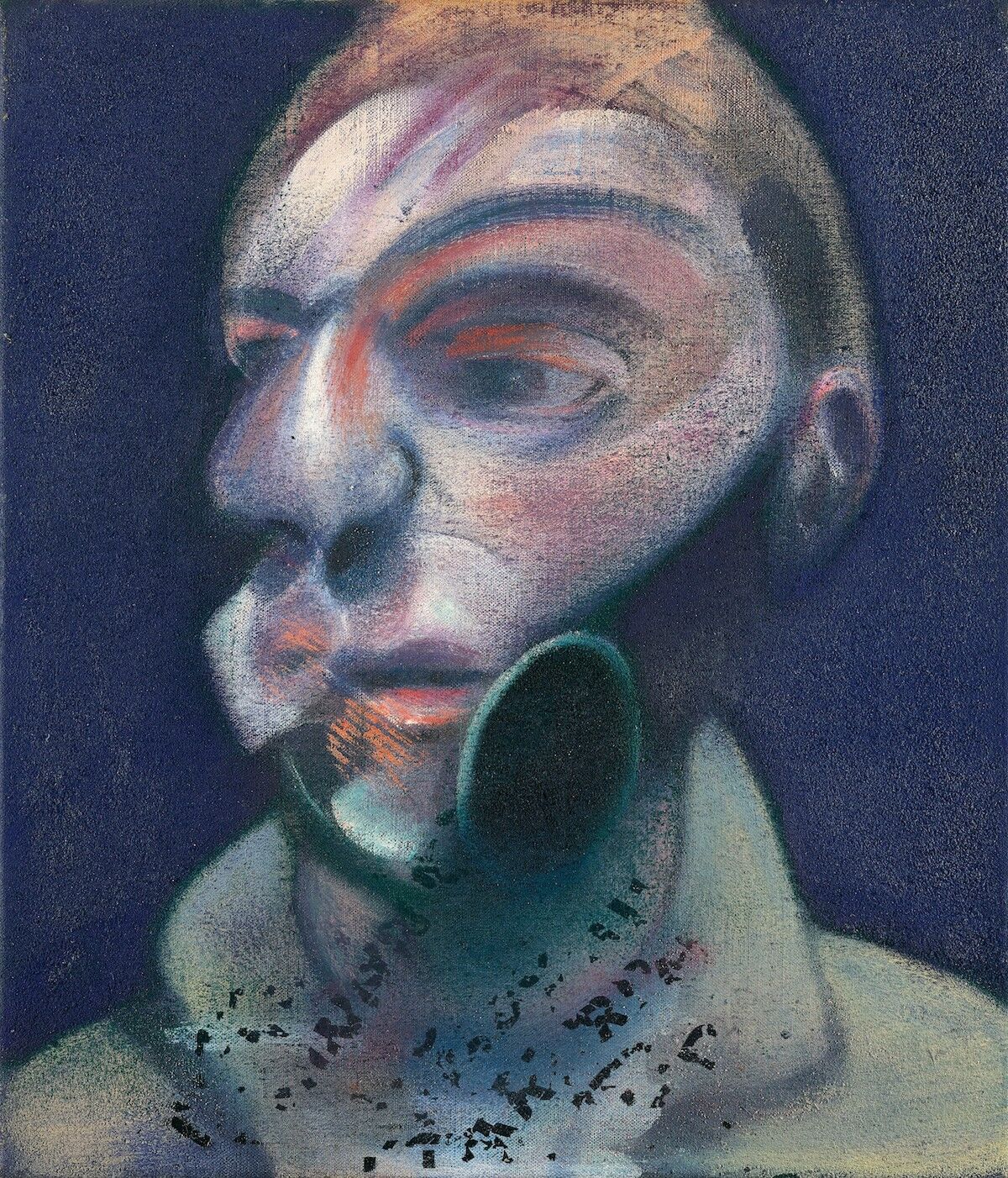 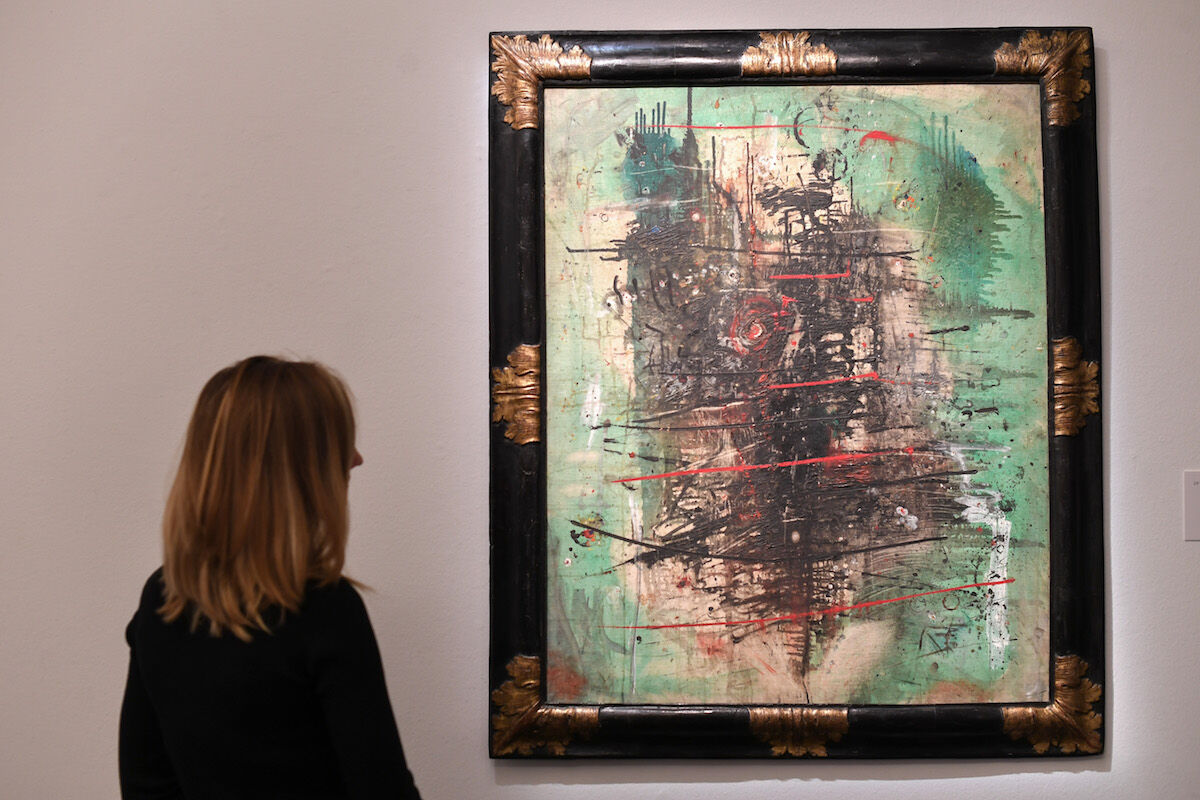 Among the four works that failed to sell was Jean-Michel Basquiat’s Big Snow (1984), which had a pre-sale estimate of £3.5 million to £4.5 million ($4.4 million–$5.7 million). Auctioneer Oliver Barker opened the bidding at £2.5 million but ultimately failed to coax a single bid from paddles in the room or clients on the phone. 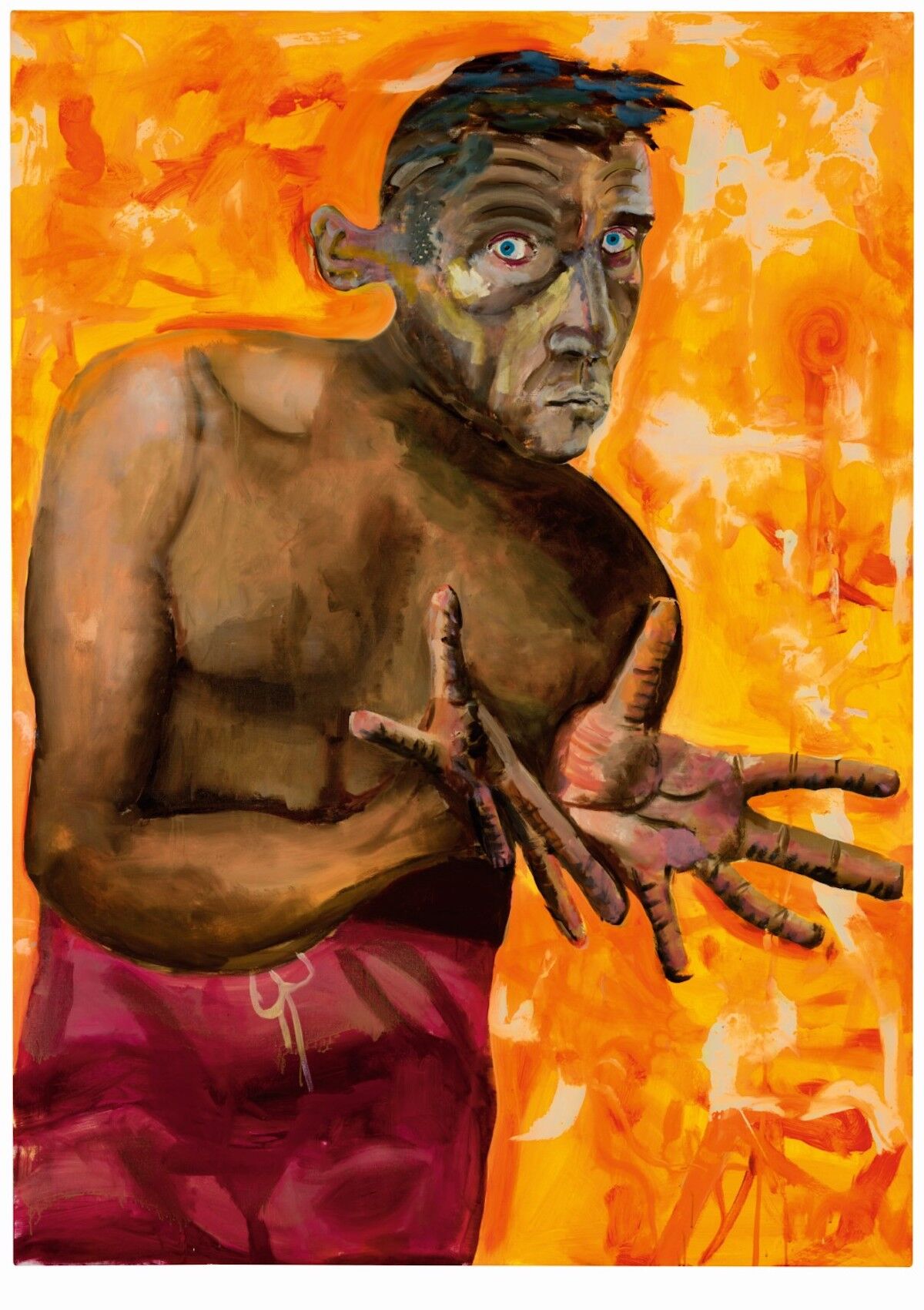 This was the first bellwether postwar and contemporary evening sale at Sotheby’s since French-Israeli telecom billionaire Patrick Drahi announced his intention to buy the auction house for $3.7 billion, thus taking it private after more than three decades of being traded publicly on the New York Stock Exchange. And while there may be further shake-ups to come—especially now that word is out that Sotheby’s will entertain competing bids for the business—a week in which Sotheby’s has a bigger sale than its arch rival Christie’s can only be comforting. 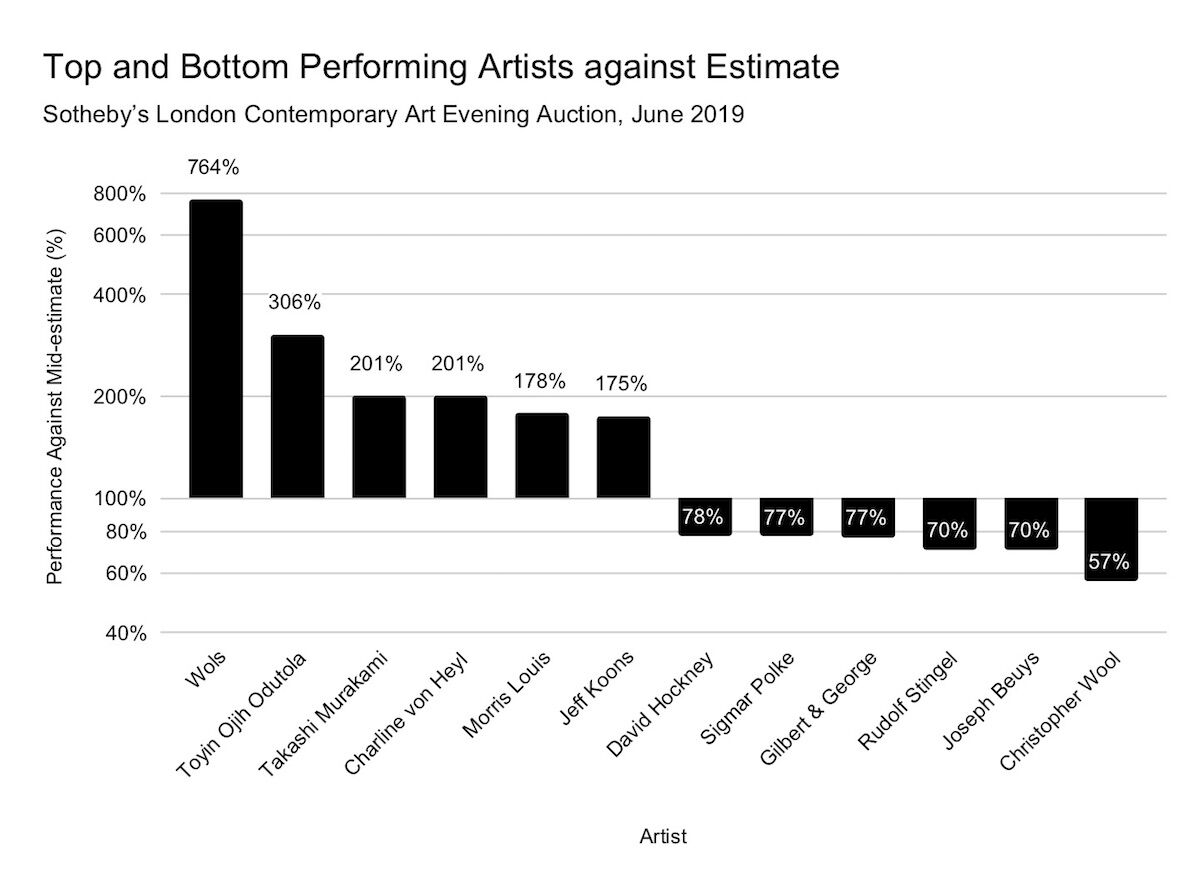 Apart from the breakout bidding on the Wols and the scrum over the Oehlen self-portrait, the sale’s success was riding mostly on pre-arranged guarantees—in addition to those listed in the catalogue, a slew more that were secured post-printing were announced at the auction’s start. It’s unclear whether Sotheby’s aggressive reliance on irrevocable bids will continue in the era of private ownership. Also up in the air is the status of CEO Tad Smith, and whether or not he will stay on after the transition. On Wednesday night he was spotted in his normal perch in the salesroom.
The post-war and contemporary art sales in London continue Thursday with the day sale at Sotheby’s and the 20th century and contemporary art evening sale at Phillips.
Nate Freeman
Jun 26, 2019 at 6:44pm, via Artsy