One of David Hockney’s iconic “Splash” paintings will go up for auction at Sotheby’s in London next month. 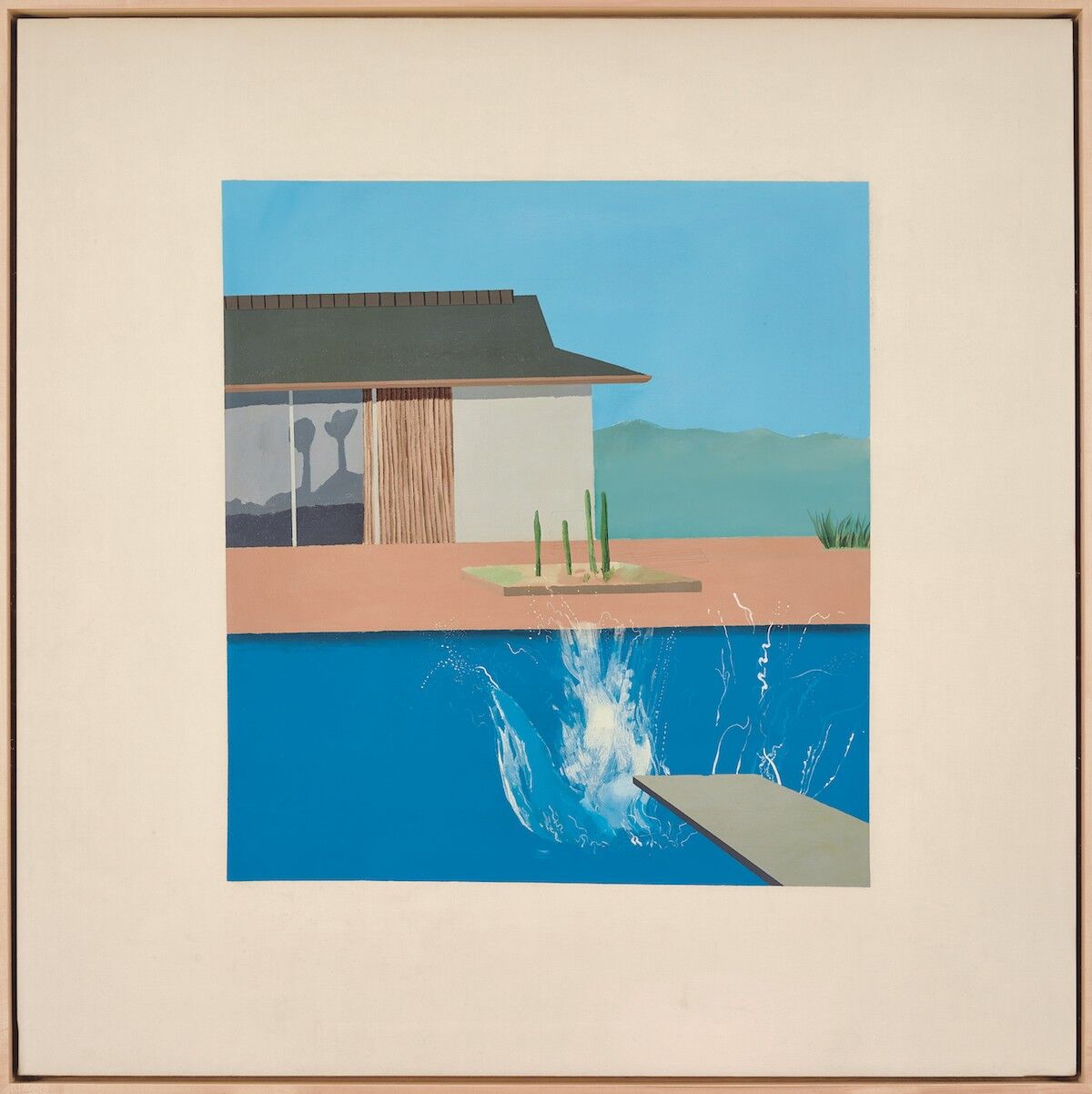 One of David Hockney’s iconic swimming pool paintings could make a splash at Sotheby’s contemporary art evening sale next month in London, where it may sell for more than six times the price it fetched when it last went on the auction block. The Splash (1966) is estimated to bring in between £20 million and £30 million ($26.1 million–$39.2 million) at the February 11th sale. When it last appeared at auction in 2006, also at Sotheby’s, it set Hockney’s auction record at £2.9 million ($5.3 million).

The Splash was painted during a pivotal year in Hockney’s life—it marked his move to California, as well as the year in which he fell in love with Peter Schlesinger, who features in many of Hockney’s works. The work depicts a backyard pool, a splash alluding to a figure who has just gone underwater. Hockney’s inspiration derived from a Hollywood magazine photo about how to build swimming pools. Describing the work in 1976, he said: “Everyone knows a splash can’t be frozen in time, so when you see it like that in a painting it’s even more striking than in a photograph.”

The Splash is one of three works depicting similar imagery, which has become emblematic of Hockney’s practice: A Bigger Splash (1967), the largest, is in Tate Modern’s permanent collection; A Little Splash (1966) has never been offered at auction. Swimming pools are a major theme throughout Hockney’s work: Portrait of an Artist (Pool with Two Figures) (1972) briefly held the auction record for any living artist, and remains Hockney’s record; it sold for $90.3 million at Christie’s in November 2018. That result was surpassed less than a year later, when Jeff Koons’s Rabbit (1986) sold for $91 million at Christie’s in May 2019.

Further Reading: Why This Painting Will Make David Hockney the Most Expensive Living Artist