One of the Hermitage Museum’s cats is set to predict the winner of Sunday’s World Cup final between France and Croatia. 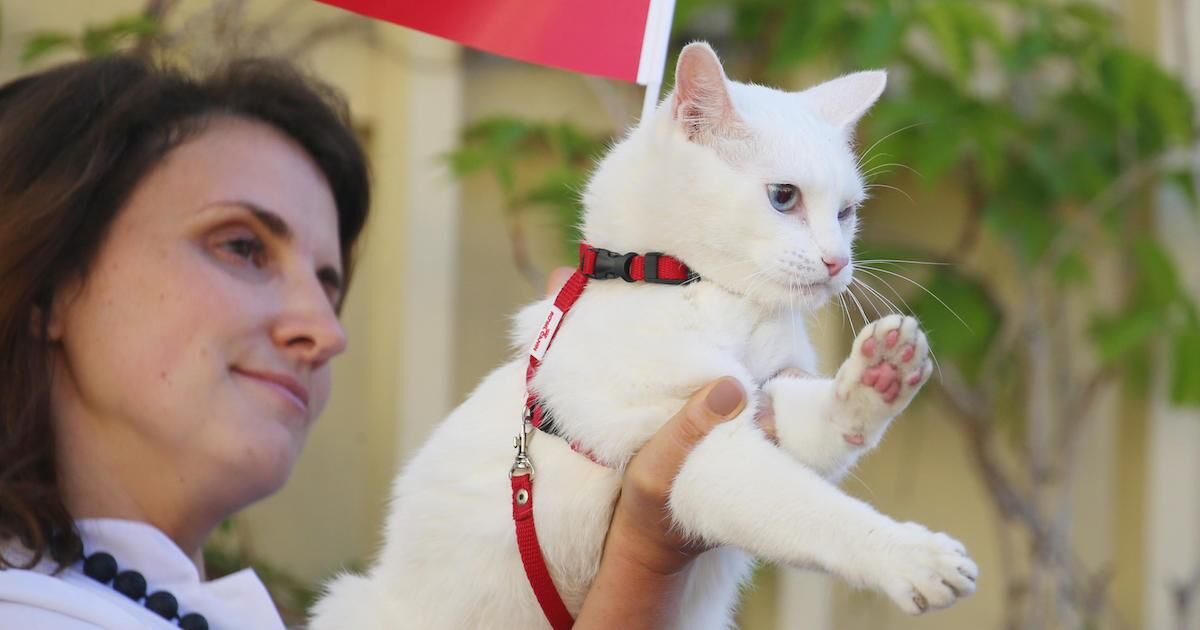 True to legend, Achilles is faltering when it matters most. The official oracle animal of this year’s FIFA World Cup, a deaf cat named Achilles, is one of the renowned feline occupants and pest control agents of the State Hermitage Museum in Saint Petersburg. His elaborate oracular ceremonies, which take place in front of an ancient feline sculpture at the storied museum, involve Achilles choosing between two bowls of food, each placed next one competing nation’s flag. Whichever bowl Achilles eats out of first, represents his prediction of the coming match’s winner.

Though Achilles himself is snowy white from whiskers to tail, his record has been rather checkered in the eight matches he’s called thus far in the World Cup. Things got off on the right paw when he accurately predicted that Iran would top Morocco, Brazil would beat Costa Rica, and that Russia would defeat Egypt. However, he then picked Nigeria to effectively eliminate Argentina in their June 26 Group D game (Argentina came out on top, advancing to the elimination stages), and picked Switzerland to beat Sweden (the Swedes won 1–0).

He correctly predicted that England would beat Sweden and, in what some might consider a minor act of treason, foresaw Croatia’s quarterfinals victory over Russia. But he also predicted that Belgium would best France in their semi-finals matchup. Now, with France slated to play Croatia in Sunday’s World Cup final, Achilles faces his most high-stakes prediction yet.

Should Achilles correctly pick the winner, his record will still fall short of the 85% accuracy rate notched by Paul, the beloved German octopus who achieved viral fame during the 2008 European Championship and 2010 World Cup. (Tragically, he died a few months after correctly predicting that Spain would win the final.) For the 2014 World Cup, Brazil picked a loggerhead turtle by the name of Cabeção (or “Big Head”) as its official oracle.