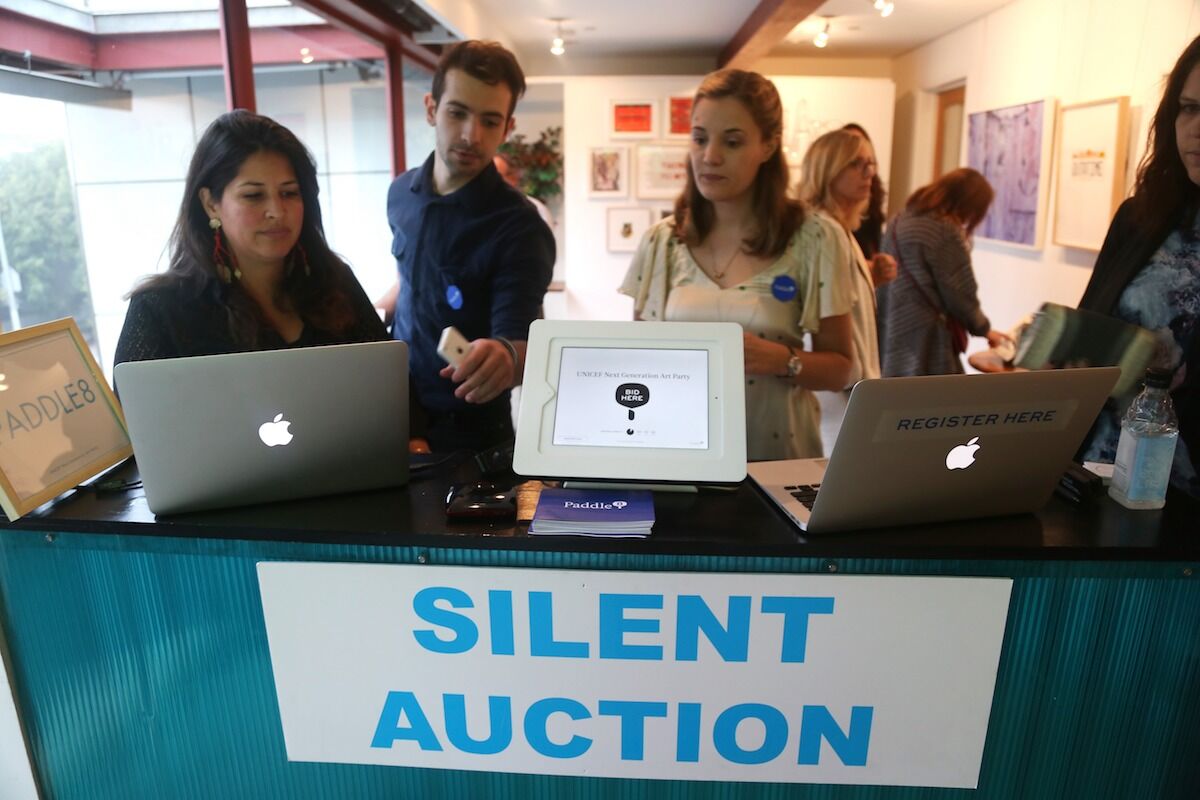 A UNICEF benefit auction run by Paddle8 in 2017. Photo by Lindsay Meggers/Getty Images.

The online auction house Paddle8 has filed for bankruptcy a week after a lawsuit alleged the firm had misappropriated funds from a charity auction. The suit, filed by the nonprofit New American Cinema Group, claimed Paddle8 withheld profits from a benefit auction the company hosted on behalf of the nonprofit in November 2019.

We are deeply concerned by Paddle8’s bankruptcy filing, particularly given that the director of Paddle8’s board, Peter Rich, specifically acknowledged Paddle8’s payment obligations to the nonprofit charity in writing less than a week ago, and assured us that Paddle8 had “made arrangements to settle your client’s monies due immediately.” It now appears that this was nothing but a bad-faith stalling tactic to buy Paddle8 time to wire money that should be going to charities to its lawyers.

Paddle8 owes money to a number of other entities in addition to the New American Cinema Group, including foundations and celebrities. Amongst the creditors listed in the company’s bankruptcy petition are Justin and Haley Bieber, who are owed $73,000, presumably for the recent “The Biebers x LIFT LA x Inner City Arts” auction they curated with the company. The firm also owes Jay-Z’s Shawn Carter Foundation just over $65,000, presumably for a charity auction held last November. The Rema Hort Mann Foundation, a nonprofit founded by collectors Susan and Michael Hort, is owed over $100,000.

Paddle8 was founded in 2011 and, in 2016, merged with the European online auction platform Auctionata. In 2015, Paddle8 handled what may go down as the most high-profile lot in its history: The only existing copy of a new album by the rap supergroup Wu-Tang Clan. The winning bid of $2 million was placed by pharmaceutical company executive Martin Shkreli, who is currently serving a term in federal prison after being convicted of defrauding investors. The famed Wu-Tang album is believed to be among the $7.4 million in assets a federal judge ordered seized from Shkreli in 2018.