In an open letter, 124 scholars, artists, and critics called for the Whitney Museum to remove the vice-chairman of its board. 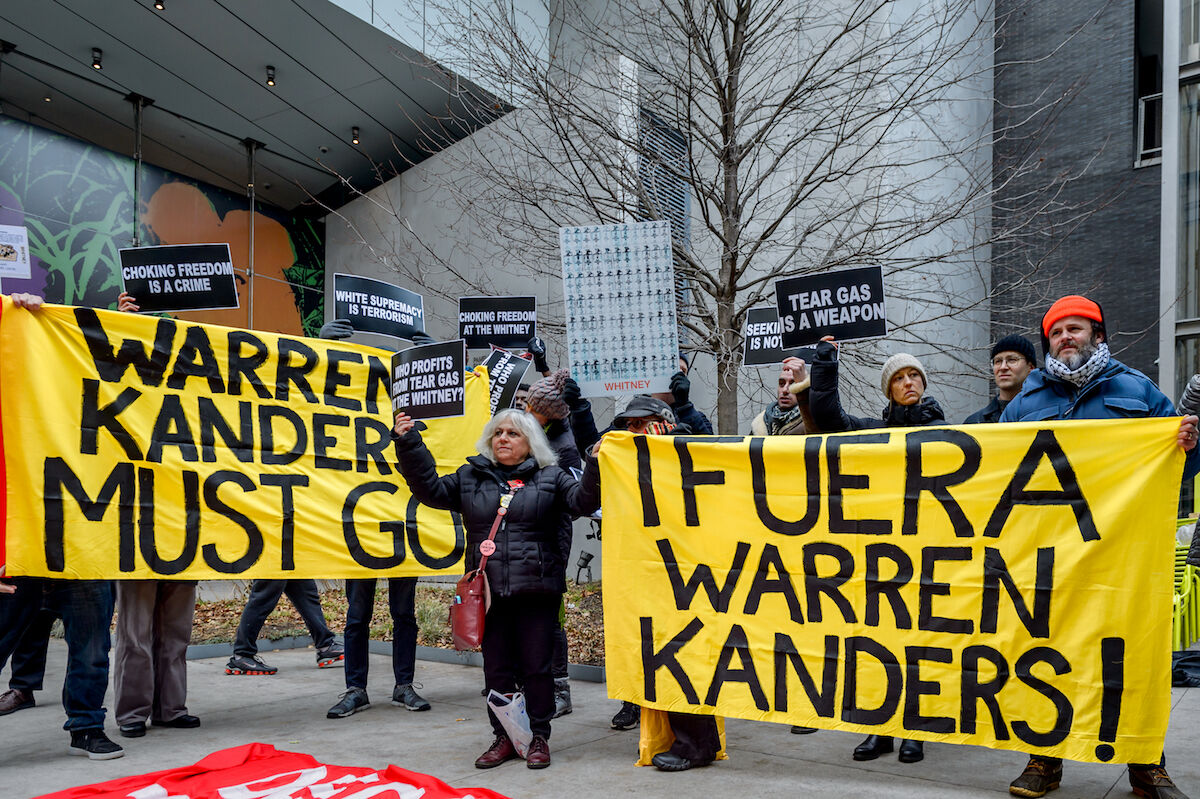 A protest calling for the removal of Warren B. Kanders from the Whitney Museum board. Photo by Erik McGregor/Pacific Press/LightRocket via Getty Images.

In a letter published on Friday, 124 scholars, critics, and artists called for the removal of Warren B. Kanders—CEO of “law enforcement and security products” manufacturer Safariland, whose tear gas canisters were fired at asylum-seeking migrants during the crisis at the U.S.-Mexico border—from the board of the Whitney Museum of American Art. Kanders currently serves as the museum’s vice-chairman. The letter is part of a campaign pressuring the museum to sever ties with Kanders amid what it describes as a wider reckoning with “broader patterns of toxic philanthropy on museum boards.”

The open letter—whose signatories include Princeton University’s Hal Foster, City University of New York art history professor Claire Bishop, scholar and poet Fred Moten, and legendary art critic Lucy Lippard—comes amid escalating protests over Kanders’s role at the Whitney. Last year, nearly 100 staffers signed a letter calling on museum leadership to address Kanders’s role and consider pressuring him to resign. Since then, recurring protests have taken place at the museum, including a campaign of weekly actions spearheaded by coalition Decolonize This Place in the leadup to the 2019 Whitney Biennial, which opens next month.

The letter, which was published on the blog of publisher Verso Books, concludes:

As mobilizations and actions continue, we call upon educators and cultural workers of all kinds, including artists in the Whitney Biennial and in the collection of the museum, to join us in taking a stand against Kanders. This moment is an opportunity for the museum leadership to do the right thing, to stand on the right side of history, and to participate in a transformative process that could set the bar for other institutions across the country.