The ornate tomb of an Egyptian high priest was discovered. 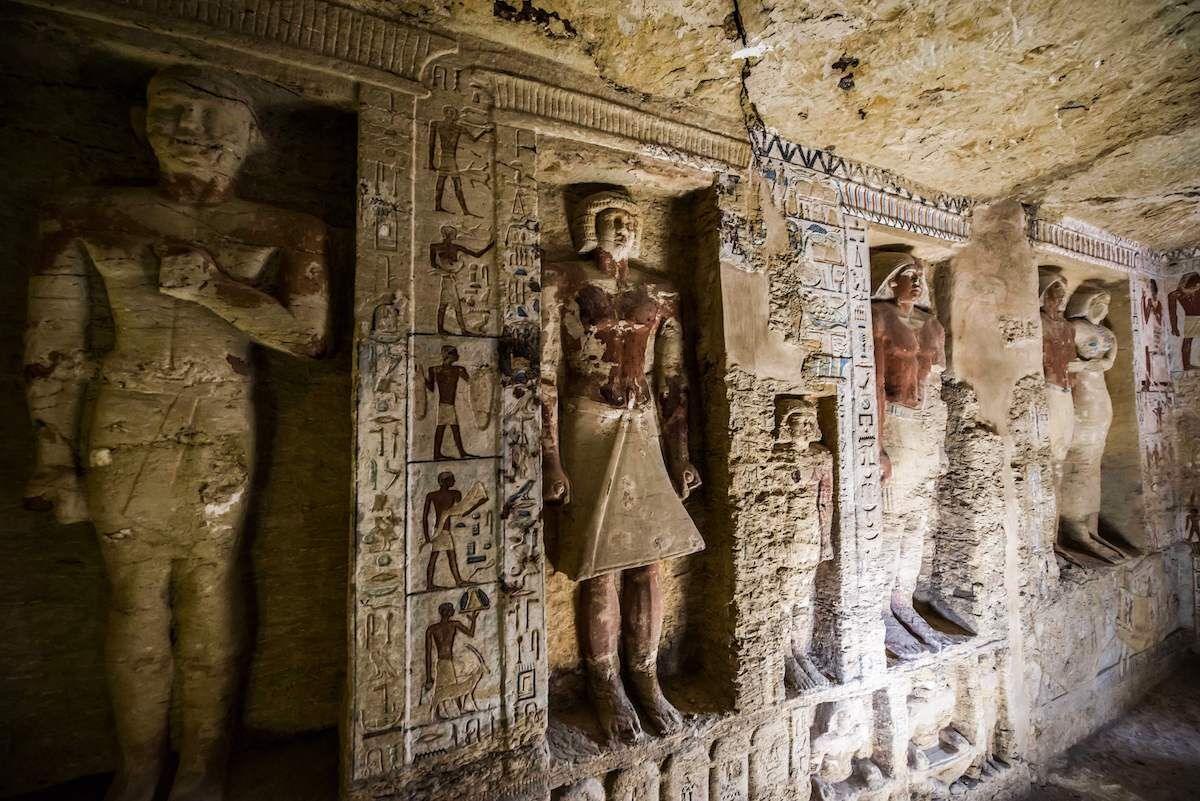 The tomb of high priest Wahtye at the Saqqara necropolis in Egypt. Photo by Khaled Desouki/AFP/Getty Images.

A newly discovered tomb dating back more than 4,400 years was unveiled by Egyptian archaeologists Saturday. Located at the Saqqara necropolis to the south of Cairo, the tomb belongs to a high priest named “Wahtye,” who is believed to have served during the reign of ancient Egyptian King Neferirkare (around 2446–2438 BCE) during the fifth dynasty, according to Live Science. The two-level tomb’s ornate walls include scenes in which Wahtye is shown alongside members of his family, as well as 55 colorfully painted statues of him, his family, and deities.

“It is exceptionally well preserved, colored, with sculpture inside,” Antiquities Minister Khaled el-Enany said at a press conference on Saturday, according to the AFP.

The tomb’s wall paintings include images of Ancient Egyptians engaged in a range of everyday activities, among them scenes of construction, cooking, and drinking. Underneath the tomb, archaeologists discovered five concealed shafts, one of which may contain Wahtye’s sarcophagus. Excavation work on those shafts was due to begin on Monday.