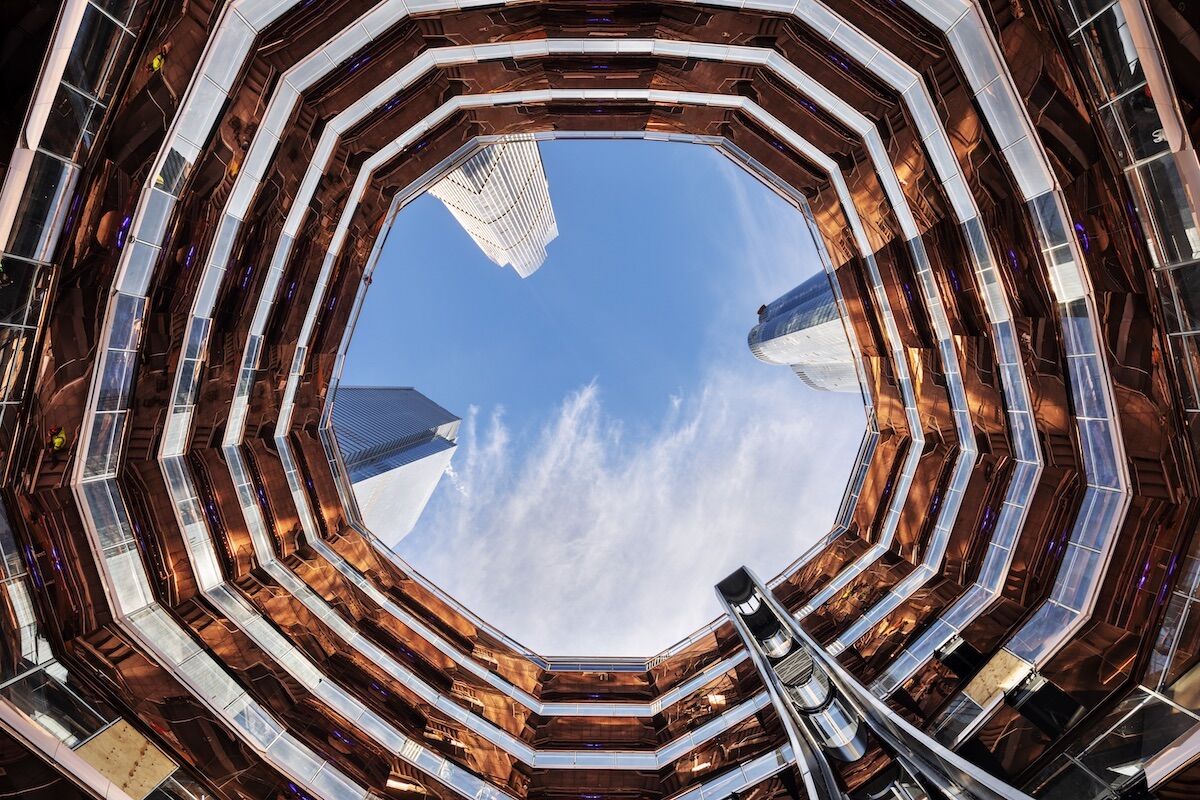 Interior of the Vessel. Courtesy of Michael Moran for Related-Oxford.

The Vessel, Hudson Yards’s gleaming whatsit, has been met with an overwhelmingly lukewarm reception. The Heatherwick Studio structure, oft-likened to the wealthy man’s giant shawarma, the westside’s most expensive pine cone, and the Simpsons’s Escalator to Nowhere, was under fire last week when it came out that, according to the Hudson Yards Terms & Conditions, the operators of this M.C. Escher Death Star had the rights to all photos and videos the public takes of it. According to the rules formerly in place, by creating, posting, or uploading any content depicting the Vessel, visitors were granting the Vessel the right and license to use their content however they see fit, including for commercial purposes, in perpetuity.

Following a backlash over the onerous terms and conditions, the Vessel opted earlier this week to roll back its extreme policy. The controversial “Name and Likeness” clause of the document has been wholly omitted, and the “My Content” clause has been redubbed “My Social Media Posts” and specifies that visitors retain ownership of any content they create “depicting or relating to the Vessel.” However, the revisions haven’t placated all critics of the Vessel’s policies.

I think the Terms and Conditions continue to be troubling, despite less legalese in the refinement of the language. However, most of the public will continue to be in the dark about the contents of the Terms & Conditions of the Vessel. I anticipate there's no way of knowing what rights most of the people are going to be giving up unless there's some sign, some flyers [at the site ...]. Only people like me actually read the fine print to see what's there, and it's often very upsetting

Siegel went on to point out further clauses in the revised terms and conditions document that concerned him, including the ominous all-caps warning at the very bottom: “BY PURCHASING A TICKET TO OR ENTERING THE VESSEL, I UNDERSTAND THAT I AM VOLUNTARILY GIVING UP SUBSTANTIAL LEGAL RIGHTS, INCLUDING THE RIGHT TO SUE THE RELEASED PARTIES.” 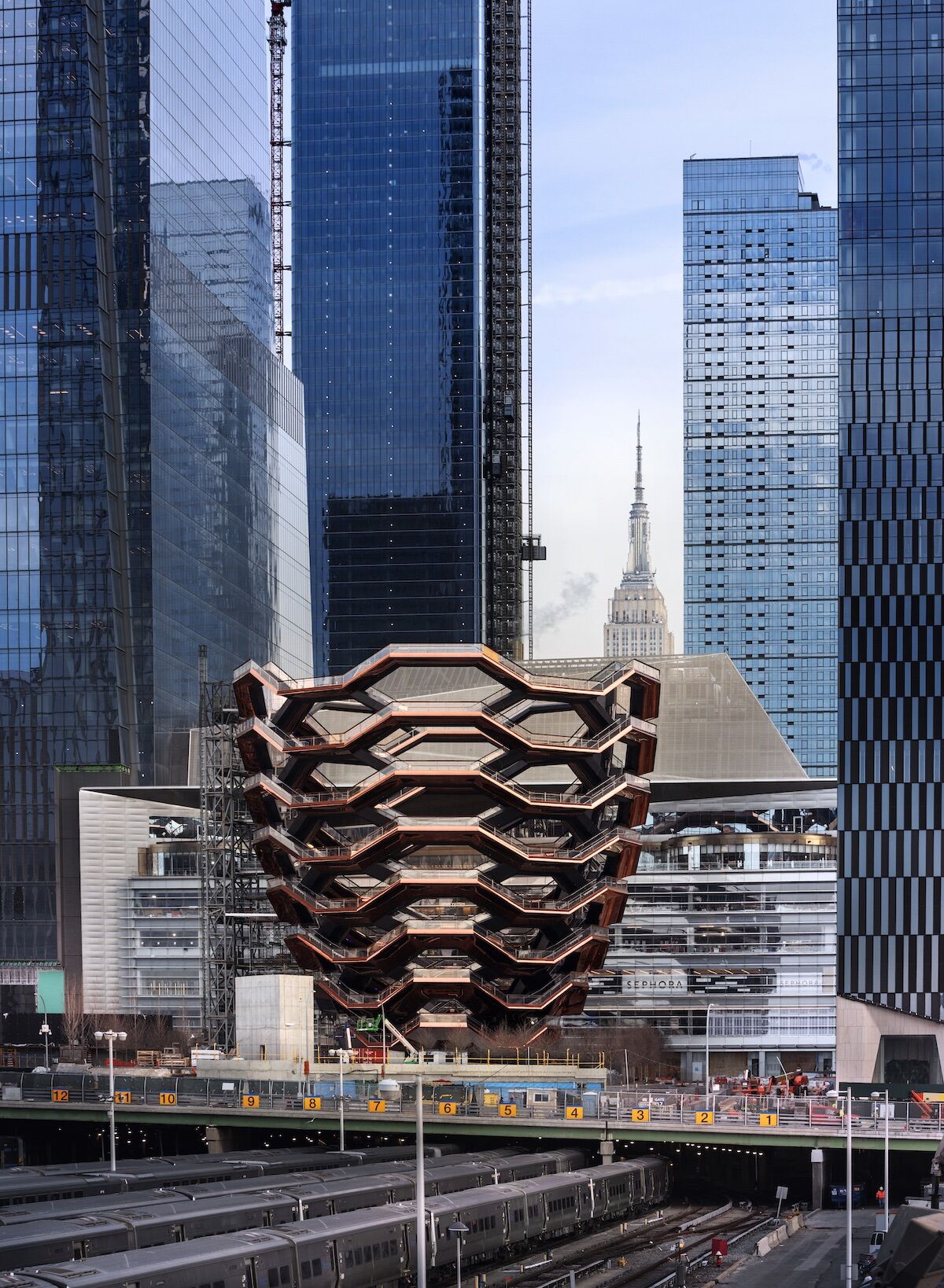 The Vessel at Hudson Yards. Courtesy of Michael Moran for Related-Oxford