A painting long thought to be a copy of a Botticelli came from the artist’s workshop. 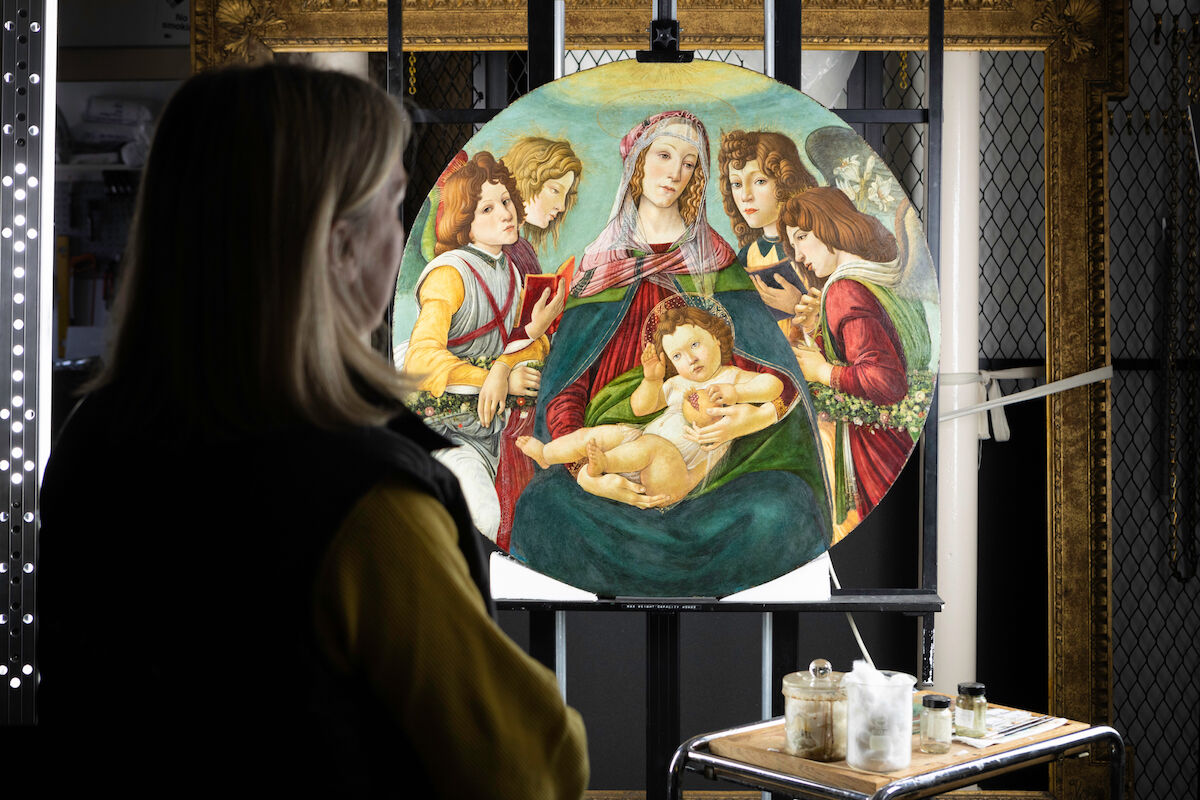 Researchers have discovered a painting once believed to be a copy of a Botticelli work is an original from the artist’s workshop in Florence. Entitled Madonna of the Pomegranate (ca. 1487), the circular canvas depicts the Virgin Mary, flanked by angels, holding baby Christ and a pomegranate. Florence’s Uffizi Gallery has a larger painting of the same subject from circa 1483.

After removing a thick coat of yellow varnish that had obscured much of the canvas and concealed skillful brushstrokes, restorators were able to confirm the painting’s authenticity. And while a number of metrics—including infrared examination, X-ray testing, and pigment analysis—pointed to the painting’s elevated status as an original, English Heritage’s senior collections conservator Rachel Turnbull told The Guardian it was the halo on the Christ child that gave it away. When they decided to remove the later halo, they found a pattern of the original halo beneath it. “I thought, ‘Bingo, we’ve got it.’ It absolutely looks like other things of that from his workshop,” Turnbull said.

Researchers have not been able to prove whether or not Botticelli himself worked on the piece. But Turnbull says such a question misses the point. In the 15th century, if you wanted to buy a painting like this, “you bought a Botticelli, not a Botticelli workshop piece—that’s what you thought you were getting,” she said.

The piece was bought by diamond magnate Julius Wernher in 1897 and displayed in several English homes over the years. When Wernher’s collection was loaned to English Heritage decades ago, Madonna of the Pomegranate was displayed at Ranger’s House in Greenwich. Beginning Monday, the painting will be back on view at Ranger’s House.

Further Reading: A Look at Botticelli’s “The Birth of Venus” in Pop Culture