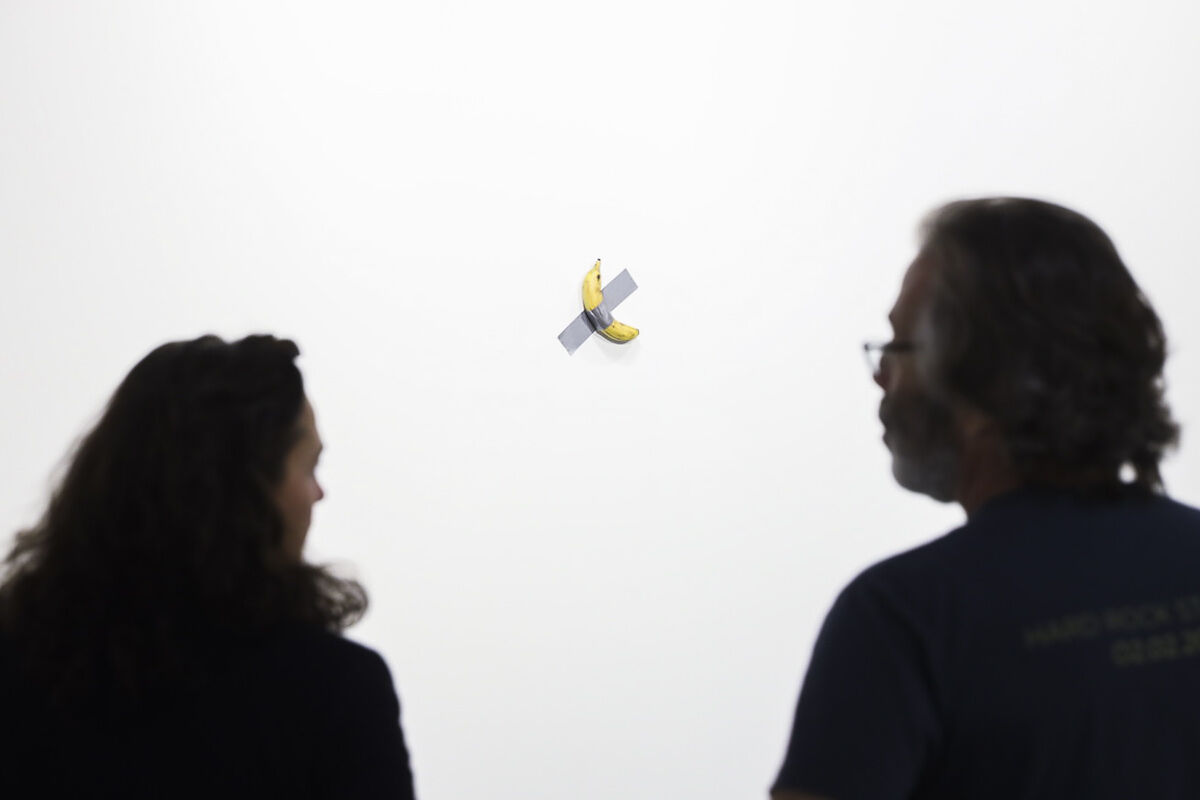 A performance artist ate Maurizio Cattelan’s banana artwork at Art Basel in Miami Beach on Saturday. At around 1:45 p.m. New York-based artist David Datuna removed Comedian (2019), a work that consists of a banana duct-taped to the wall, from the Perrotin booth, peeled the fruit, and ate it. Datuna dubbed the performance, which was captured in a video he posted on Instagram, Hungry Artist. Addressing shocked onlookers at the fair, he said the $120,000-work was “tasting good.”

In a subsequent video posted on Datuna’s Instagram page, dealer Emmanuel Perrotin said: “Let’s find another banana, because he didn’t eat the banana, it’s a banana.” The gallery’s director of museum relations, Lucien Terras, concurred in his comments to the Miami Herald: “He did not destroy the artwork. The banana is the idea.” By that time, the gallery had already sold all five versions of the work: Three editions were bought for prices between $120,000 and $150,000, and two artist’s proofs were acquired by museums.

The commotion surrounding Cattelan’s Comedian ultimately became too much, and Perrotin announced the morning of the fair’s final day that the work had been removed. In a statement on Sunday, the gallery explained that “the installation caused several uncontrollable crowd movements and the placement of the work on our booth compromised the safety of the artwork around us, including that of our neighbors.”

That left a large blank wall at the booth’s entrance, which was tagged in the fair’s final hours by a man named Roderick Webber, who scrawled in red lipstick: “Epstien [sic] didn’t kill himself.” Webber was arrested by Miami Beach Police on charges of criminal mischief, according to the Miami Herald. His message appeared to be a misspelled reference to disgraced financier Jeffrey Epstein, who committed suicide this past August in a Manhattan jail where he was awaiting trial on charges of sex-trafficking. Webber, an artist and aspiring politician, recently attempted to register to run for president in the New Hampshire primary under the name “Epstein Didn’t Kill Himself,” in reference to the conspiracy theory that Epstein was actually murdered.

Cattelan’s Comedian, the most talked-about work at America’s biggest art fair, struck a nerve with audiences near and far, appearing to sum up what many see as the absurdity of the art market and contemporary art.

Further Reading: If You Buy an Artwork, Can You Legally Eat It?