Phillips auction house will move its New York headquarters to a skyscraper in Midtown. 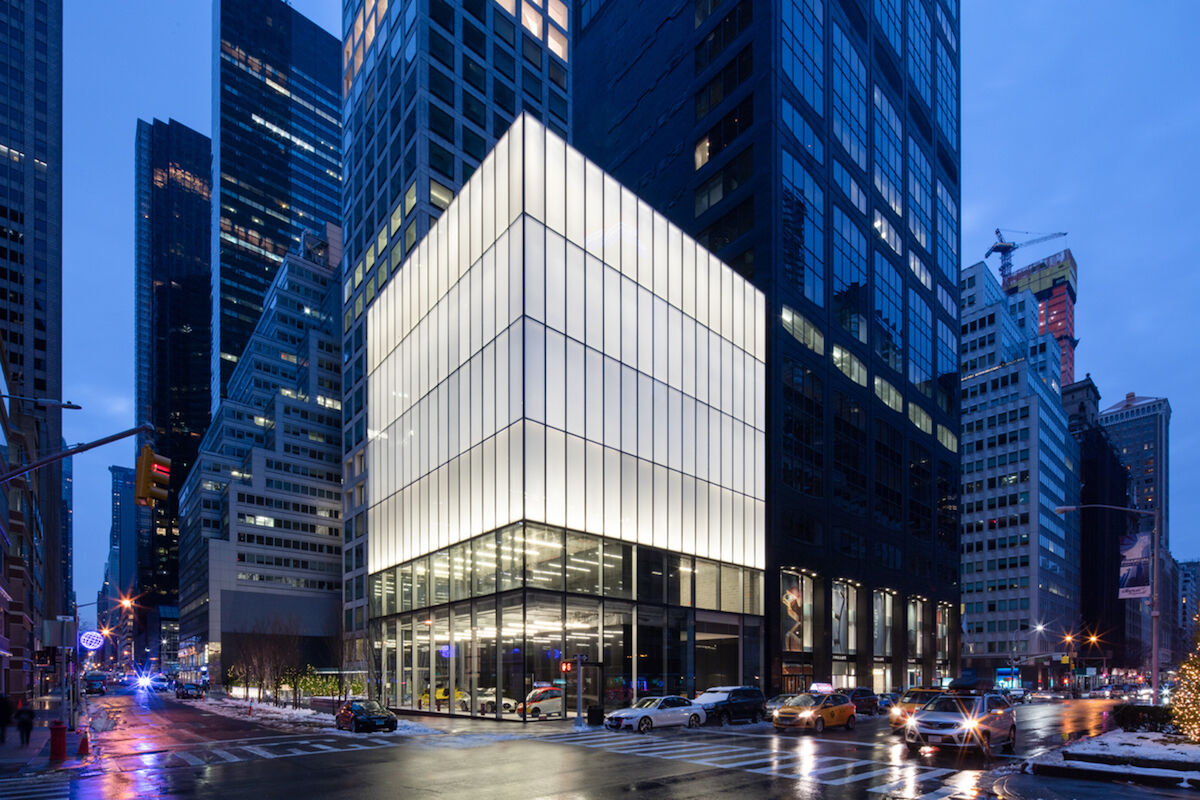 Auction house Phillips announced Monday that it will be moving in the fall of 2019, getting a new headquarters with 55,000 square feet of space and further threatening the duopoly of its two major rivals, Christie’s and Sotheby’s. But it’s not traveling far: the new offices and sales room will be in 432 Park Avenue, the towering skyscraper that is planted on the same block of Park Avenue where Phillips has had a presence since 2010.

The building at 432 Park Avenue goes up nearly 1,400 feet, making it the tallest residential building in the Western Hemisphere, but bidding will be happening closer to the ground. Phillips has leased a floor in the building’s executive office space for its staff, 30,000 square feet of space underground, and the corner of the building referred to as the Park Avenue Cube, because it shines illuminated over the midtown thoroughfare each night.

We have experienced exponential growth in recent years, and this move marks a significant milestone for our company, our employees and our clients, who will all benefit from the many opportunities presented by this expansion. The new location offers a state-of-the-art exhibition space to display contemporary art, design, watches and jewelry, and matches the unrivaled setting we offer collectors in our London gallery in Berkeley Square in Mayfair.

At the very least, the new space will give Phillips a sales room that matches their global ambitions—the bidding area at 450 Park Avenue had columns that blocked sightlines, making it impossible to see the auctioneer or the work for sale from large swaths of the room.

And while the announcement of the move was made jointly with the building’s developer, Macklowe Properties, it is unclear if it will pave the way for Phillips to get any consignments from the $700 million trove of art that was ordered to be sold by a judge in the divorce case between Harry Macklowe and his estranged wife Linda.