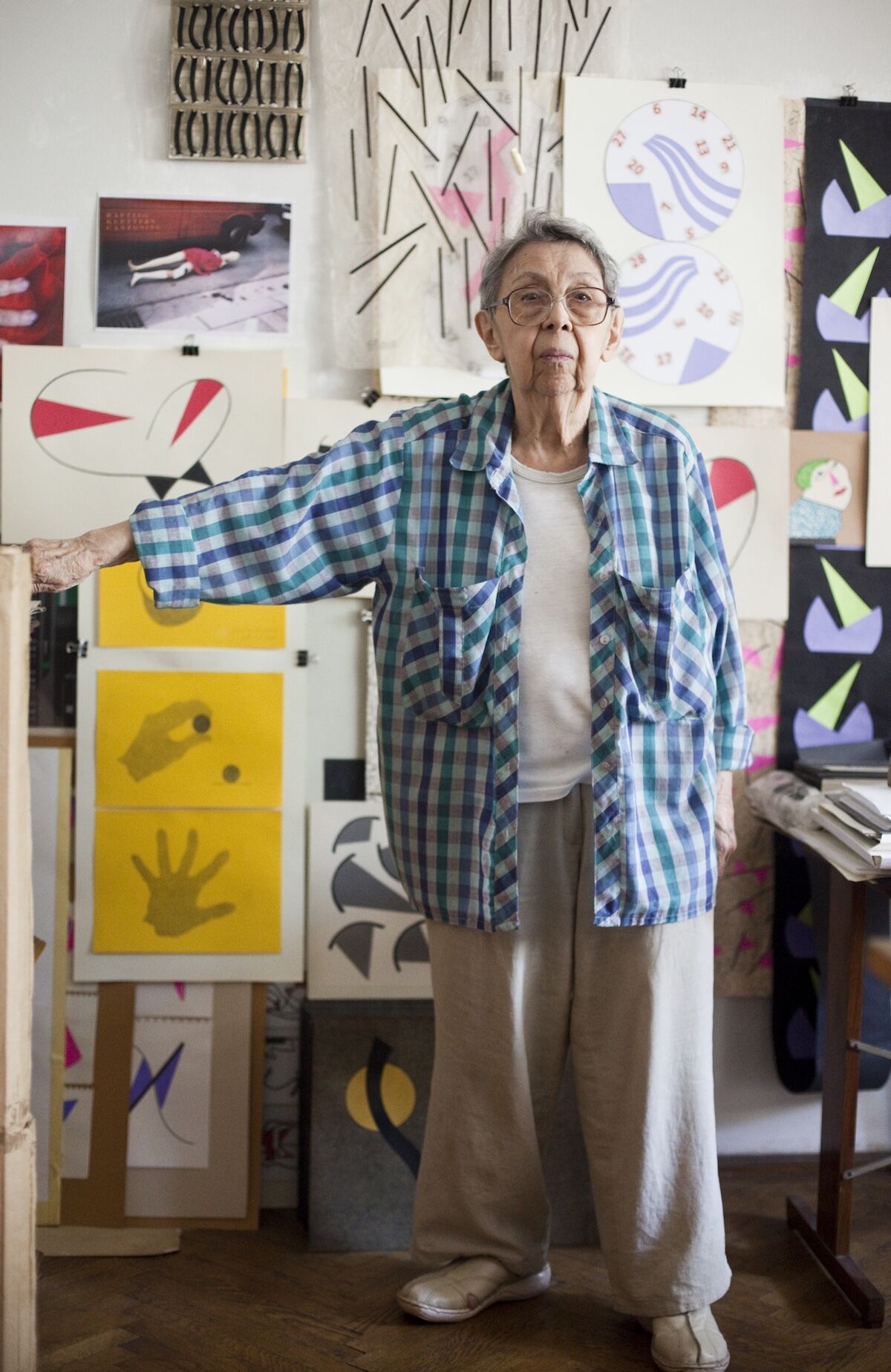 Geta Brătescu died today at age 92, her galleries Hauser & Wirth and Ivan Gallery announced. Her tireless experimentation led to a career that included innovative work in video, collage, drawing, installation, and more. She was a student at the Bucharest Academy of Fine Arts when the communist government came to power in 1950, interrupting her formal studies, though she continued to work as an illustrator and graphic designer. During the ensuing decades she became an enormously influential figure in the Romanian art community, and achieved international renown over the past decade, with major solo shows staged at the Berkeley Art Museum and Pacific Film Archive in 2014, Tate Liverpool in 2015, and the Hamburger Kunsthalle in 2016. She also represented Romania at last year’s Venice Biennale.

“Geta Brătescu was a true artist who even in the darkest times maintained her sense of playfulness and freedom,” Iwan Wirth, co-president of Hauser & Wirth, said in a statement. “Her powerful life force went in so many directions, from drawing and graphics and photography, to animated videos and tapestry, that even in her 90s she embodied the spirit and passion of a young person. That Geta lived to see her art embraced so enthusiastically on the international level at the 2017 Venice Biennale and at her first New York solo exhibition at our gallery last year, means so much. She will be dearly missed.”

Brătescu’s influential work, subtly political and always playful, often incorporated literary references and self-portraiture. One of her best-known works, the 1978 film Atelierul (The Studio), begins with the artist seemingly asleep in her studio, only to have her gradually transform the space by drawing numerous shapes around herself on the room’s walls and floors, and rearranging objects into a stack at the center of the space.

“In the context of Soviet Eastern Europe, assuming this kind of liberty as an artist—this drive to experiment—was a very important, self-assertive statement,” Magda Radu, who curated Brătescu’s Venice Biennale presentation, told Artsy last year. “This was a stance of empowerment—an affirmation of strength and a resistance to restraint.”