A plan to build a tunnel next to Stonehenge has heritage groups up in arms. 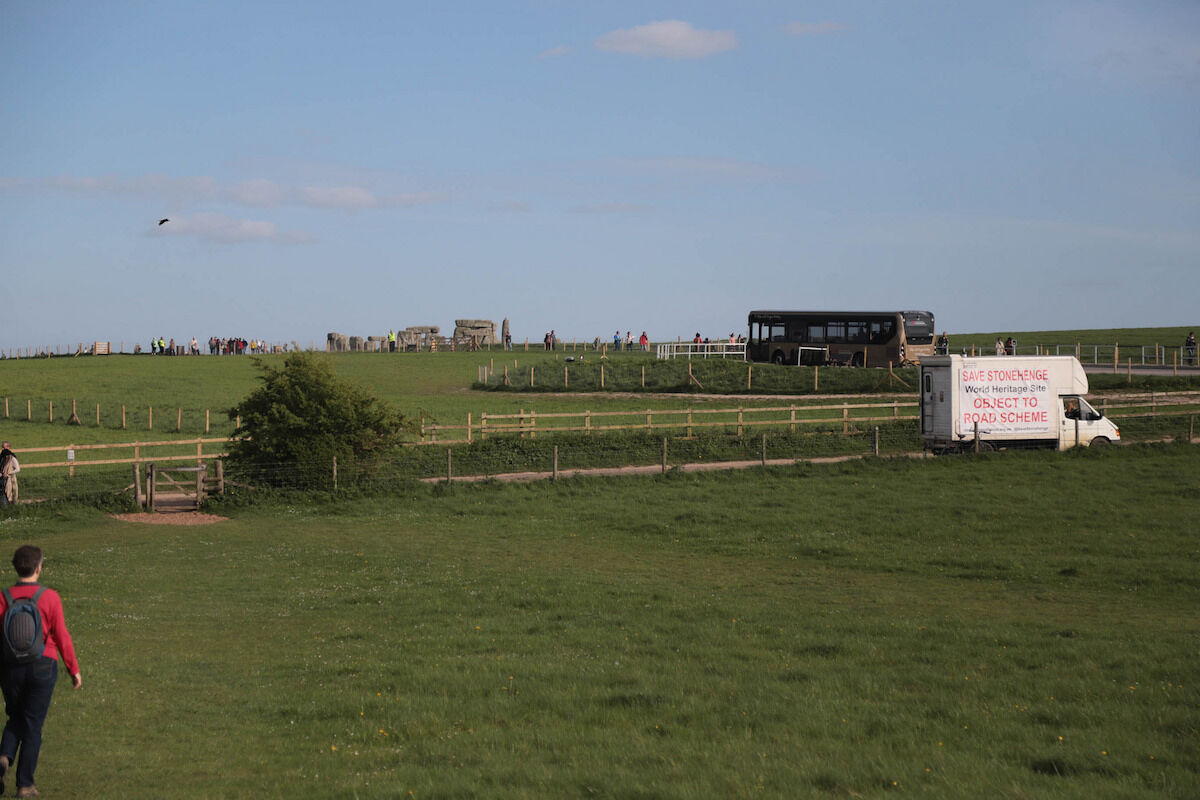 A truck passing the Stonehenge site advocates for opposing the tunnel project. Photo by Keith Murray, via Flickr.

Heritage groups and archaeologists are concerned that a plan to build a 1.8-mile, £1.6-billion ($2 billion) tunnel alongside Stonehenge could not only damage the ancient complex, but also set a dangerous precedent for large-scale development projects within historic sites. The deadline for making official public comments on the project ends today, and officials are expected to move forward with the plan despite experts’ objections.

The tunnel project would involve burying a stretch of the A303 highway that currently runs next to the Stonehenge site and whose two lanes are plagued by congestion, expanding it to four lanes in the process. The idea was first proposed by former Prime Minister David Cameron in 2014.

In April, the International Council on Monuments and Sites U.K. wrote a letter to Highways England to “register a strong objection to these proposals in view of the substantial negative and irreversible impact we believe that the dual carriageways at both ends of the tunnel would have.” Last month, UNESCO’s World Heritage Committee added its voice to the chorus of concerned groups, expressing concerns about the project and calling for alternative solutions to be explored. (Stonehenge has been a World Heritage site since 1986.) Still, others fear that the project will have incalculable negative effects on the larger landscape of Stonehenge, which archaeologists increasingly understand as a complex system of not just standing stones but also burial mounds, avenues, shrines, chapels, monuments, and towns.

“Stonehenge isn’t just about the stones; it’s about the whole landscape,” David Jacques, an archaeologist at the University of Buckingham, told Courthouse News. “We can’t mess around with that landscape; it won’t come back.”