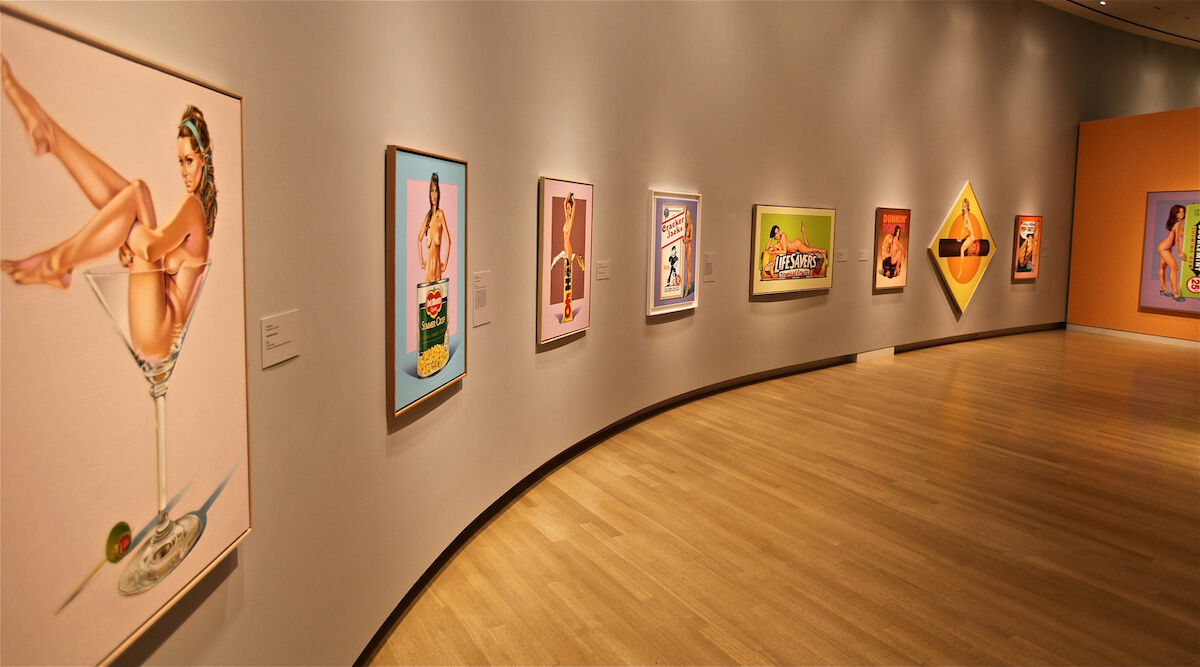 Installation view of “Mel Ramos: 50 Years of Superheroes, Nudes, and Other Pop Delights” at the Crocker Art Museum. Photo by lar3, via Flickr.

Born in Sacramento in 1935, Ramos attended Sacramento State College for both his undergraduate and masters degrees. He spent the duration of his career in California. Ramos was a celebrated instructor, first teaching art in local high schools, then at California State University, East Bay in 1966. In 1997, he retired and became professor emeritus at the Cal State East Bay and taught occasionally at the school now known as California College of the Arts.

In the late 1950s, Ramos began working in the flat, color-saturated, advertisement-inspired style that he would maintain throughout the end of his life. His paintings feature female superheroes, Marilyn Monroe, and a variety of other bodacious, unidentifiable women—all in varying degrees of undress. Ramos’s popularity waned throughout the 1970s, as feminists condemned his objectifying portrayals of women.

“While his advocates may have argued that his paintings satirized the use of sex in advertising, he made a certain image of heterosexual male fantasy far too explicit,” Ken Johnson wrote in a 2009 review of a Ramos survey at New York’s Louis K. Meisel Gallery for the New York Times. He noted, too, how relatively tame the work appears today.

Nevertheless, Ramos won a fellowship from the National Endowment for the Arts in 1986, and over 30 museums throughout the United States, Macedonia, and Germany have collected his art. In 2012, the Crocker Museum of Art in Sacramento mounted a major retrospective of Ramos’s work.