A portion of the Berlin Wall may be rebuilt as part of a sprawling art project. 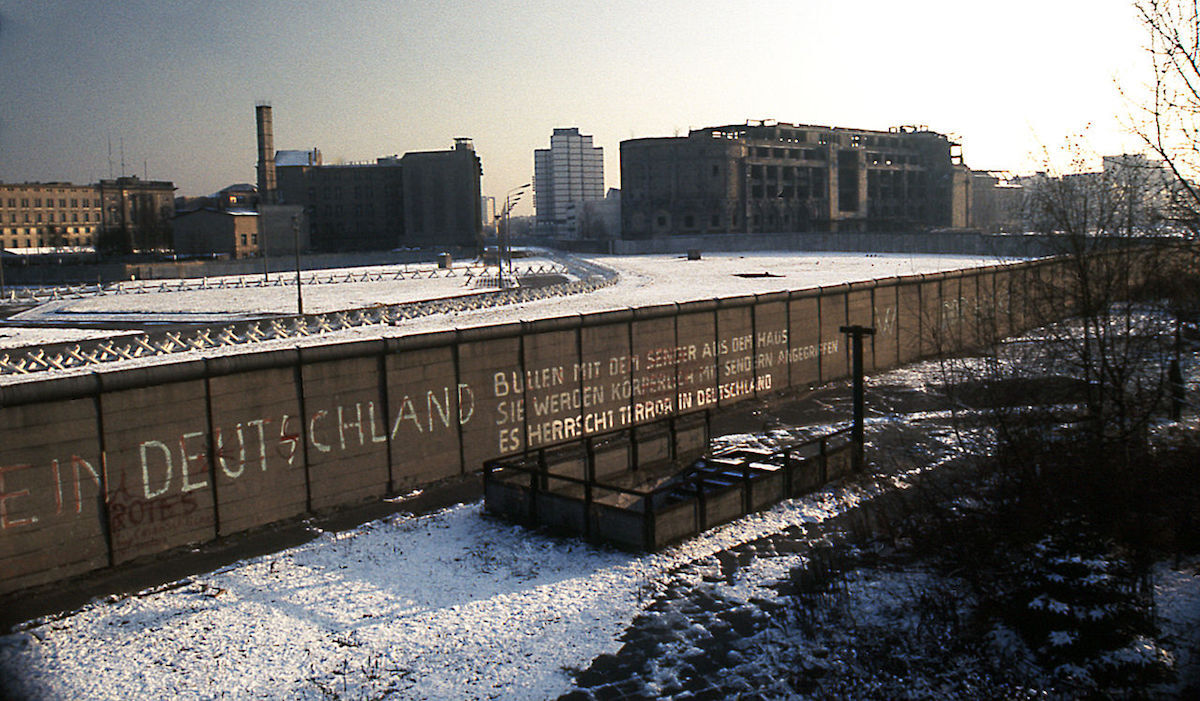 The Berlin Wall at Potsdamer Platz in 1975. Photo by Edward Valachovic, via Wikimedia Commons.

Nearly three decades after the fall of the Berlin Wall, a part of it may be rebuilt to serve as the setting for an ambitious art and film project. Conceived by Russian filmmaker Ilya Khrzhanovsky as part of the Berliner Festspiele, the project—which is still pending final approval by municipal officials—would involve the construction of 900 concrete slabs roughly 12 feet tall, to create a walled-off city on Berlin’s famed Unter den Linden boulevard.

People hoping to visit the installation would have to apply for “visas” online, and trade in their phones for guided visit devices upon entering. Once inside, visitors would also be able to watch Khrzhanovsky’s sprawling film project, a biopic of Soviet physicist Lev Landau  called Dau, for which he created a fake but fully functional Stalinist society in Ukraine and filmed the hundreds of amateur actors living in it over the course of two years.

“It is not a film premiere but a mixture of social experiment, artistic experiment and... an impressive form of world-building,” Berliner Festspiele director Thomas Oberender said at a press conference. Festival organizers added the the project’s goal is to provoke “a political and social debate about freedom and totalitarianism, surveillance, co-existence, and national identity.”

If approved, the project would begin on October 12th and conclude with the demolition of the Berlin Wall replica on November 9th, the 29th anniversary of the day the historic wall started to come down. The project involves a range of high-profile collaborators, including performance artist Marina Abramović,  musician Brian Eno, and even, allegedly, Banksy.

The project has provoked some critics who feel that it will reopen all-too-fresh wounds for people who lived in Berlin when the city was divided between East and West Germany. “Out of respect for the victims who really experienced such situations, we should step away from this,” said Sabina Bangert, a member of the Greens party.