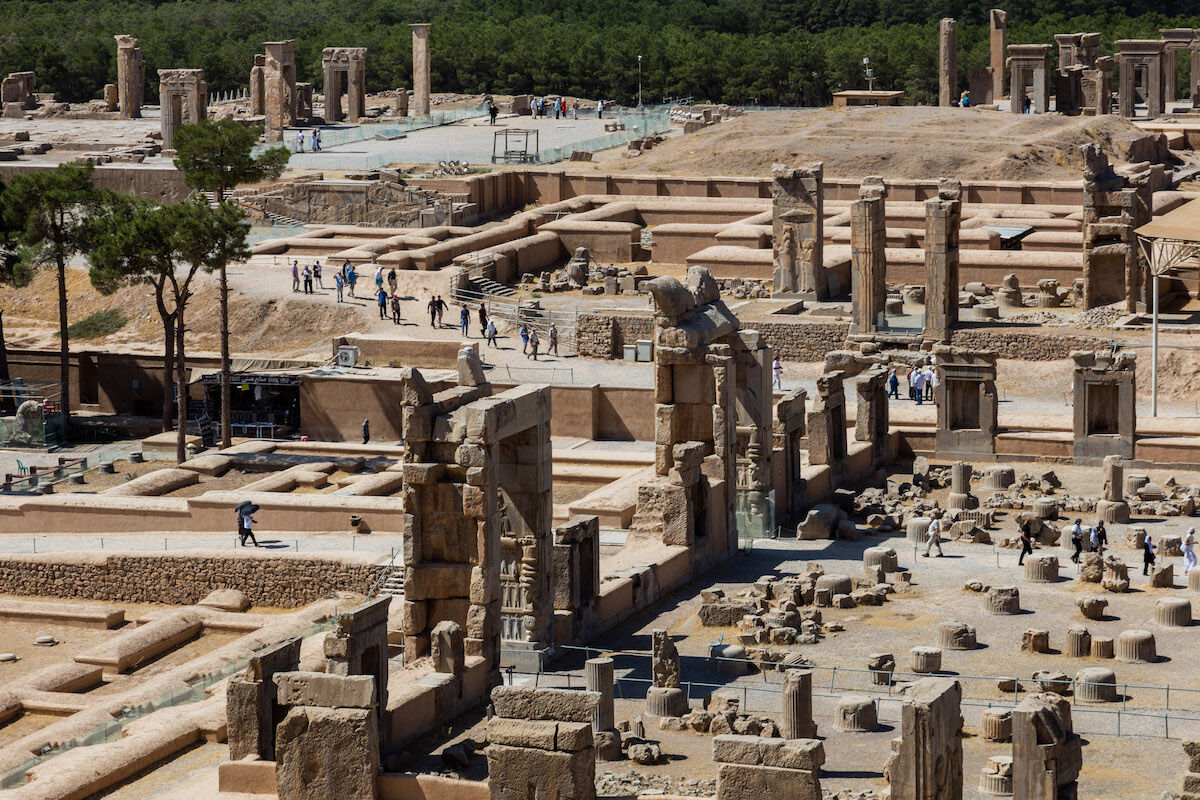 The Persepolis archaeological site in Iran. Photo by Diego Delso, via Wikimedia Commons.

After launching a drone strike that killed Iran’s top military commander, U.S. President Donald Trump has threatened to target Iranian cultural sites if the country retaliates against the U.S. attack. General Qasem Soleimani was killed at Baghdad airport on Friday, setting off international outrage and rising tensions in the Middle East. Trump has said he ordered the strike to prevent imminent attacks from the general against the United States, a claim that has been met with skepticism by some lawmakers.

On Saturday, Trump posted on Twitter that the United States would target 52 Iranian sites, including important cultural sites, should Iran retaliate against the killing of Soleimani. The 52 sites, he said, represent the 52 U.S. hostages held in Iran for 444 days from 1979 to 1981.

The 1954 Hague Convention, to which the U.S. is subject, bars “any act of hostility” directed against cultural property. Iran is home to 22 cultural UNESCO World Heritage Sites, including Persepolis, the capital of the ancient Achaemenid Empire, and the Bisotun inscription, which was crucial to deciphering early cuneiform writing. U.S. Secretary of State Mike Pompeo said that the United States will strike “lawful” targets “designed with a singular mission—defending and protecting America.”

In an impassioned post on Instagram, Thomas P. Campbell, the former director of the Metropolitan Museum who now helms the Fine Arts Museums of San Francisco, wrote:

Normally speaking, museum directors remain behind the scenes, orchestrating thoughtful dialogues between mutually respectful colleagues about topical cultural affairs. But when the President of the United States inverts every value system our country previously stood for, and calls for destructive attacks against cultural sites in one of the oldest civilizations of the world, you have to speak out vehemently and urgently. [... F]or President Trump to backstop this action by threatening cultural sites in Iran is to reduce western values to those of the ISIS fanatics who destroyed cultural sites in Mosul, Nineveh and Palmyra in 2014 and 2015. Not to mention the iconoclastic atrocities of despots and tyrants in previous centuries.

In 2017, in the wake of cultural destruction wrought by ISIS, the United Nations Security Council adopted a resolution condemning the practice of destroying cultural heritage sites. At the time, UNESCO Director General Irina Bokova said: “The deliberate destruction of heritage is a war crime, it has become a tactic of war to tear societies over the long term, in a strategy of cultural cleansing.”

Following Suleimani’s death, Iran has said it will no longer abide by the 2015 nuclear deal. A joint statement from the heads of state in France, Germany, and the United Kingdom asks Iran to “refrain from further violent action or proliferation.”