A professor in Italy claims to have discovered Leonardo da Vinci’s earliest work, a self-portrait of the artist as the Archangel Gabriel. 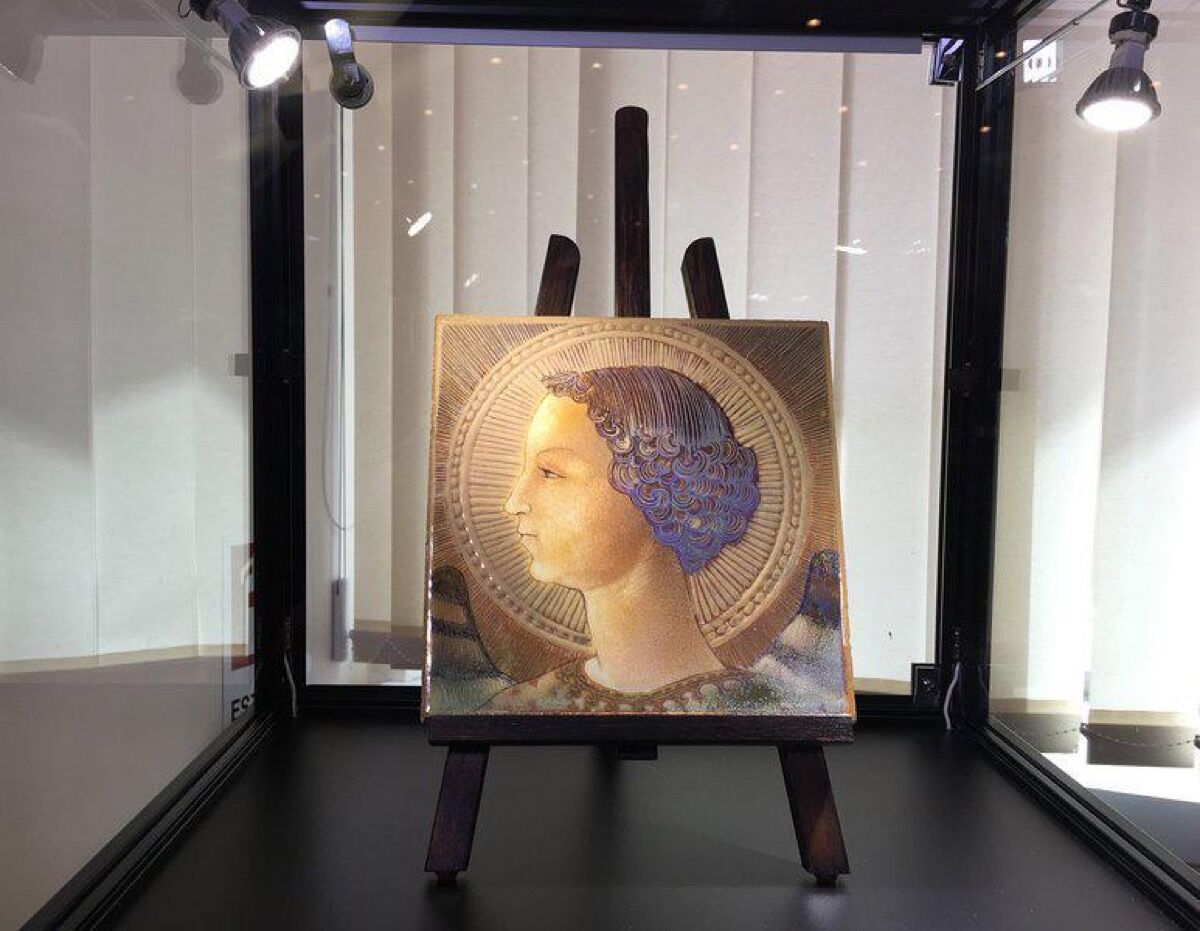 Italian professor Ernesto Solari held a press conference in Rome on Wednesday to make a dramatic reveal: an eight-inch by eight-inch tile featuring a figure styled as the Archangel Gabriel. Solari claims this tile is the earliest known work by Leonardo da Vinci and that the figure is Leonardo himself at age 18.

Solari said that he used thermoluminescence testing to date the tile to the artist’s lifetime. He also worked with handwriting expert Ivana Bonfantin to verify a mirrored signature in the corner of the tile as coming from the artist’s hand and decode further inscriptions which Solari said read: “I, Leonardo da Vinci, born in 1452, represented myself as the Archangel Gabriel in 1471.” The tile is currently owned by a family in the city of Ravello, on the Amalfi coast.

A leading da Vinci scholar quickly attacked the work as inauthentic, however. Oxford professor Martin Kemp said that some of what Solari has used as evidence of the tile’s authenticity actually proves the opposite. “One rule of thumb is that if a work is signed by Leonardo it’s not by him,” he said, speaking to the Times of London.

“The chance of its being by Leonardo is less than zero,” Kemp told the Guardian. “The silly season for Leonardo never closes.”

While debate is sure to continue, the discovery of a new work by Leonardo would be a major development in the field of Renaissance studies—and also a big deal for the art market. The artist’s Salvator Mundi, which was also mired in debate over its authenticity and condition, became the most expensive artwork ever sold at auction when it went for $450 million at Christie’s in November 2017. Solari said that this new tile work, if it were to be sold, has a price that is “inestimable.”