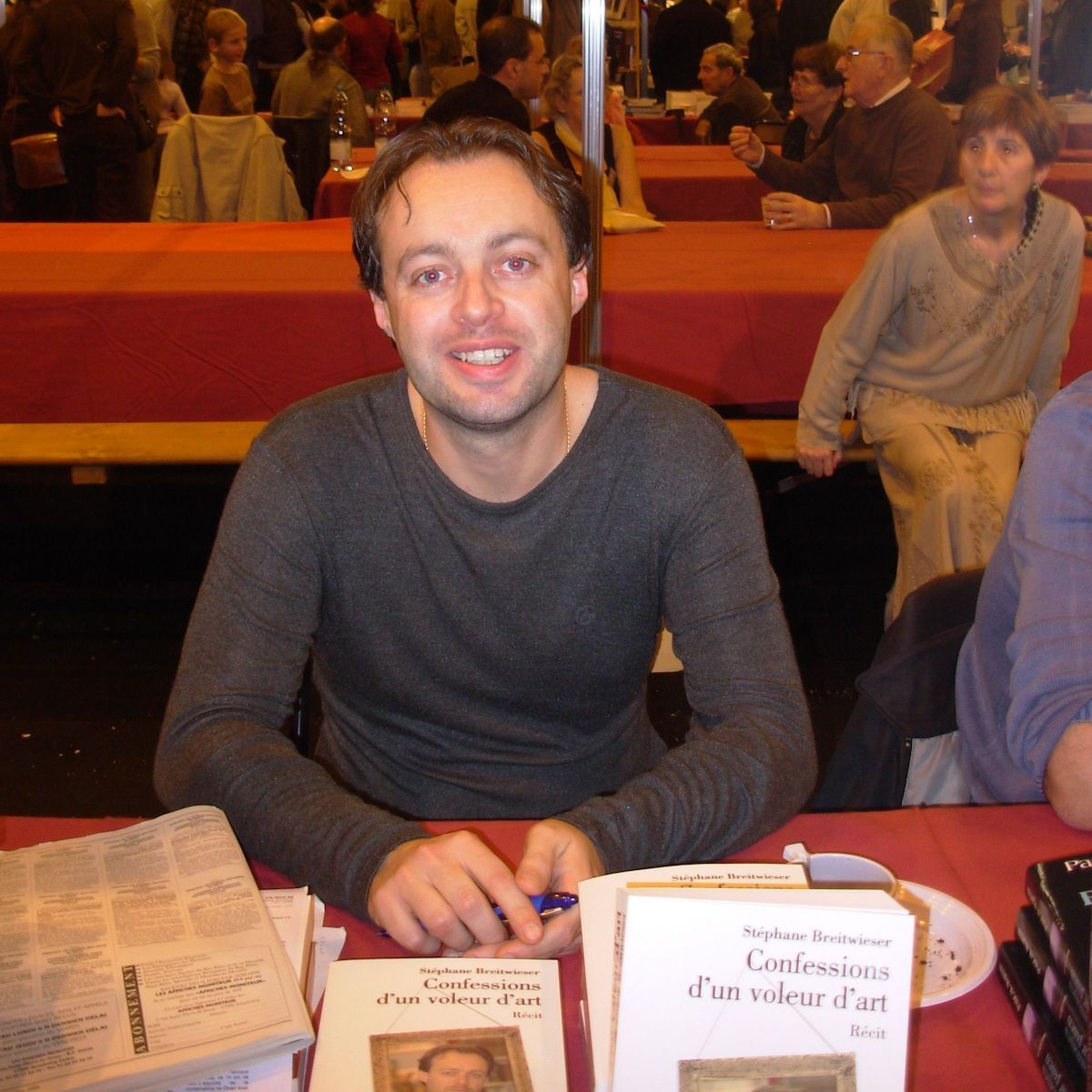 Stéphane Breitwieser at a book fair in 2006. Photo by Jef-Infojef, via Wikimedia Commons.

Stéphane Breitwieser, one of the most prolific art thieves of all time, has been once again arrested. Breitwieser had been placed under surveillance since trying to sell a 19th-century paperweight on eBay and, sure enough, police turned up several Roman coins from an archeological museum and other stolen works from French and German galleries at Breitwieser’s home in Alsace.

Police also found €163,000 ($184,000) in cash stashed in buckets at the home of Breitwieser’s mother who, in the past, has destroyed and thrown away dozens of paintings and drawings—including dumping more than 100 objects into a canal—in order to minimize evidence against her son.

After his 2001 arrest in Switzerland, Breitwieser confessed to more than 250 thefts in museums, galleries, and auction houses. Breitwieser made a living selling the stolen objects via the black market all the while amassing quite an art collection of his own. At one point, he set out on a tour of France, stealing from a different location almost every day while his girlfriend kept watch.

In 2006, after serving time in prison, he released an autobiography titled Confessions d’un Voleur d’Art (Confessions Of An Art Thief). It’s unclear whether or not a sequel is in the works.