A proposed Judy Chicago museum in a small New Mexico town has locals up in arms. 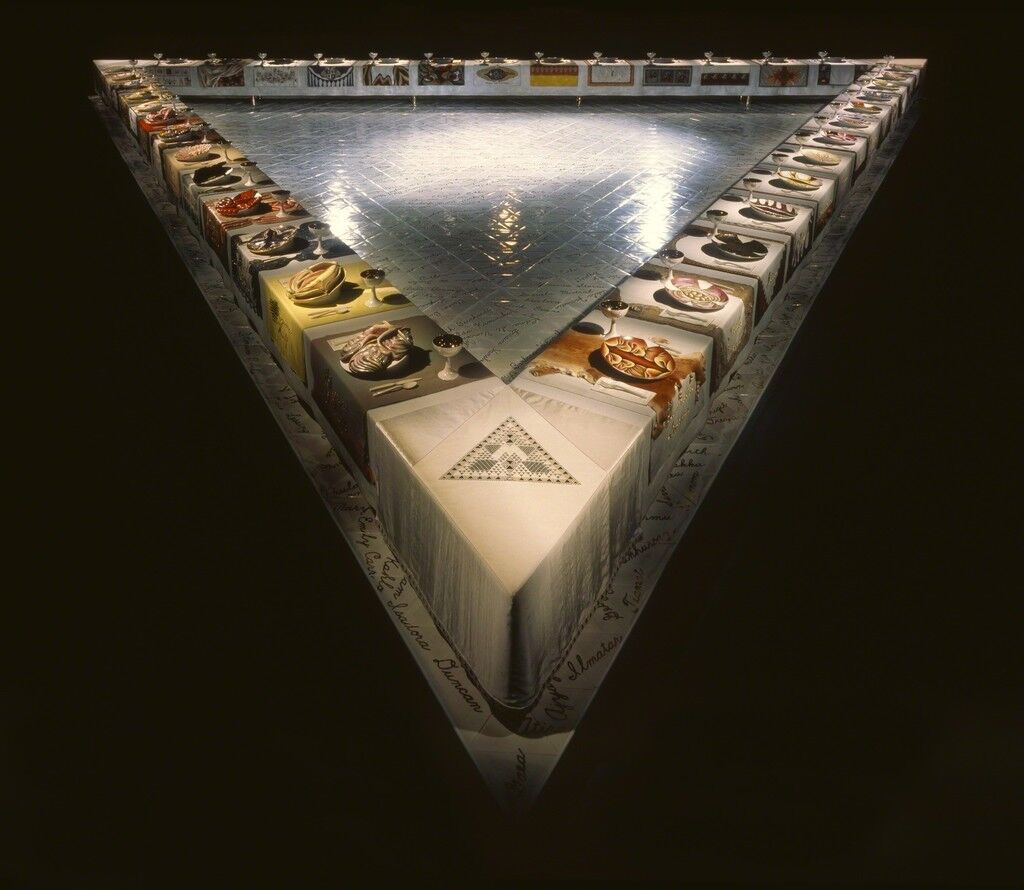 A big decision is being made in Belen, New Mexico. Its mayor, Jerah Cordova, wants a seat at the table; however, local star artist Judy Chicago’s distinctive place settings are stirring up a controversy.

Former mayor and current city council member Ronnie Torres suggested that Chicago open a museum in the town of 7,000 that has been her adopted home for 26 years. Mayor Cordova offered to donate his roughly $10,000 part-time salary to get the project off the ground, but locals are objecting in droves.

“If Judy Chicago wants to be successful in a museum, well bless her little heart,” John K. Thompson, a retired stockbroker who was one of the residents who spoke in opposition to the project at a recent city council meeting in Belen, said, according to The New York Times. “A lot of her art is very sexual, more fitting for some liberal city far from here.”

Chicago’s best-known work, The Dinner Party (1974–79), is largely responsible for offending the sensibilities of a vociferous evangelical population in Belen. Working with the town “has been very painful,” Chicago said. So, she’s struck out on her own and established a Go Fund Me campaign through her nonprofit Through the Flower.

“There’s a lot of her art that’s absolutely wonderful and there’s some of it that’s a little provocative,” Cordova told the Times. “That’s what makes her art great, and why this museum is needed in our town.”