Pussy Riot member Maria Alyokhina defied Russia’s travel ban by smuggling herself out of the country. 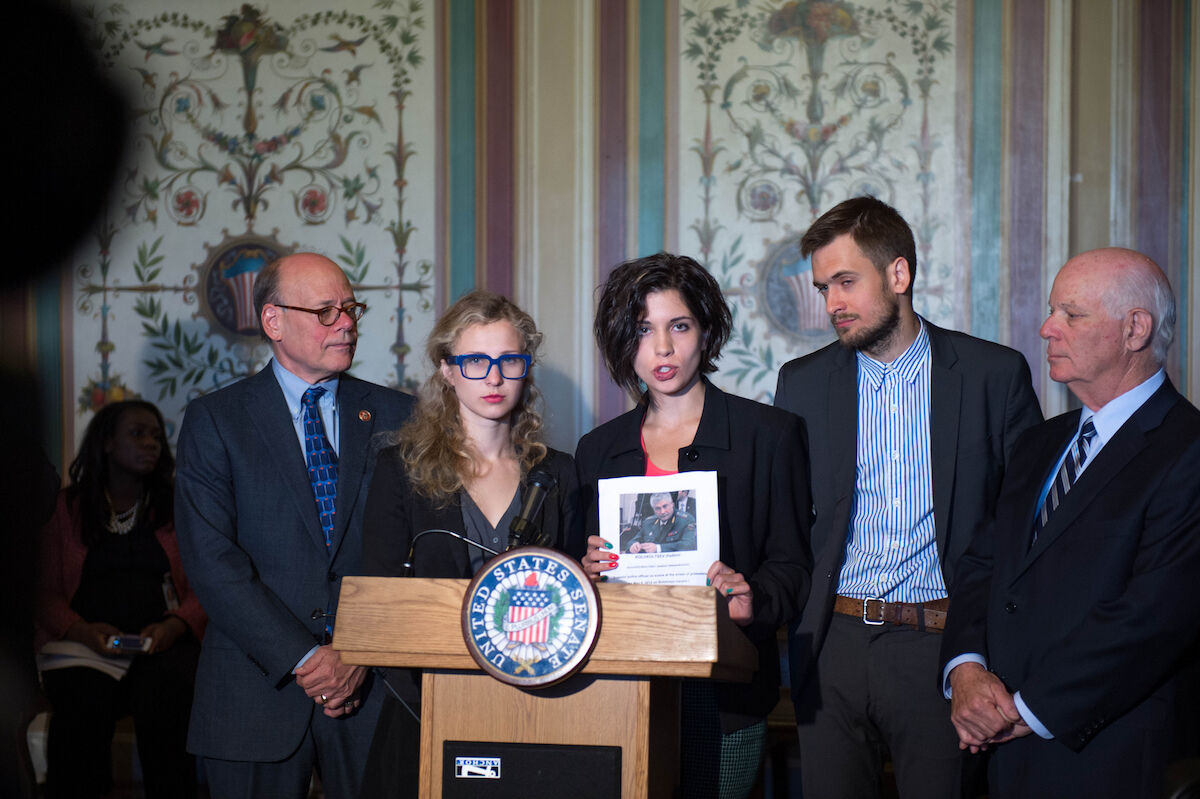 Eluding Russian authorities, Pussy Riot member Maria Alyokhina was able to join her bandmates at the Edinburgh Fringe festival in spite of a government travel ban against her.

At Moscow Domodedovo airport on Wednesday, Russian border guards barred Alyokhina from boarding her plane, saying she could not leave the country due to her refusal to serve a community service sentence, a punishment for a protest against the state’s powerful Federal Security Service. Alyokhina then drove more than 621 miles (1,000 km) through Belarus and into Lithuania, where she was able to board a U.K.-bound flight.

“It was nothing extraordinary. It was like many Russians leave [the country], legally,” Alyokhina told The Guardian.

She is attending Edinburgh Fringe to promote her new book, Riot Days (2017), which came out last September and is described as a “riveting, hallucinatory account of [Alyokhina’s] years in Russia’s criminal system and of finding power in the most powerless of situations.”

“Pussy Riot founder Maria refused to be captive and silenced. She was absolutely determined to perform the show and will be there in person to join her band mates to share her story,” the protest punk rock group said in a statement.