A likely record-breaking Kerry James Marshall painting on offer at Sotheby’s is the latest evidence of his soaring market. 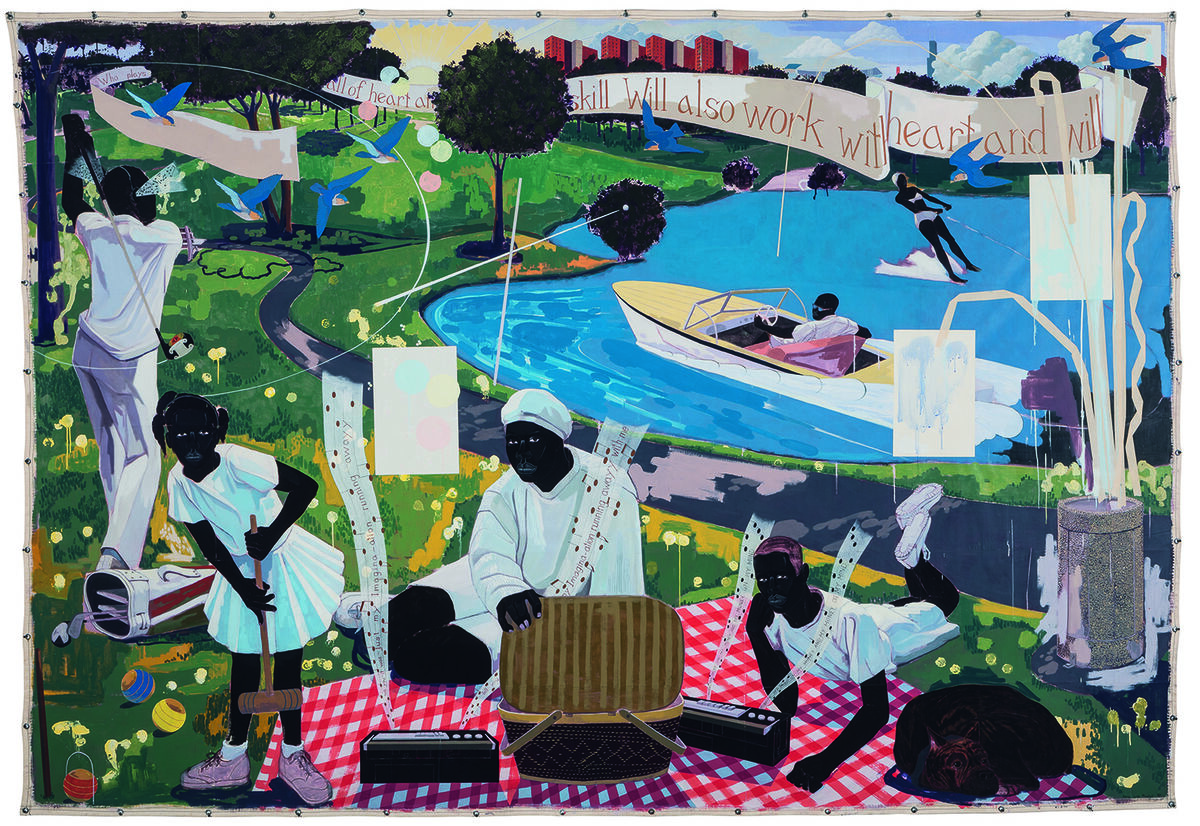 Sotheby’s is on a roll this week. One day after announcing a Modigliani guaranteed to sell for at least $150 million, the auction house rolled out Kerry James Marshall’s Past Times (1997). The massive 9 foot by 13 foot painting is estimated to fetch between $8 million and $12 million when it hits the block at Sotheby’s Contemporary Evening Sale May 16th. The work was consigned by the Metropolitan Pier and Exposition Authority, an Illinois municipal corporation that bought the work for only $25,000 in 1997, Bloomberg reported. Phillips is also selling a 2014 work by the artist, Untitled (Blanket Couple), slated to go for between $3.5 million and $5 million. Past Times is expected to break Marshall’s record, which was set in November when Still Life with Wedding Portrait (2015) sold for $5.04 million (with fees) at Christie’s. While the record-obliterating Leonardo da Vinci that sold at the same auction snagged all the headlines, Marshall’s piece drew frenzied bidding that pushed it to triple the high estimate. Given the interest for that work, it wouldn’t be surprising if Past Times sped on past its estimate—especially given the sale comes as collector demand for work by black artists continues, pushing prices higher and higher.