Rembrandt’s “The Night Watch” will remain on public display while it’s restored. 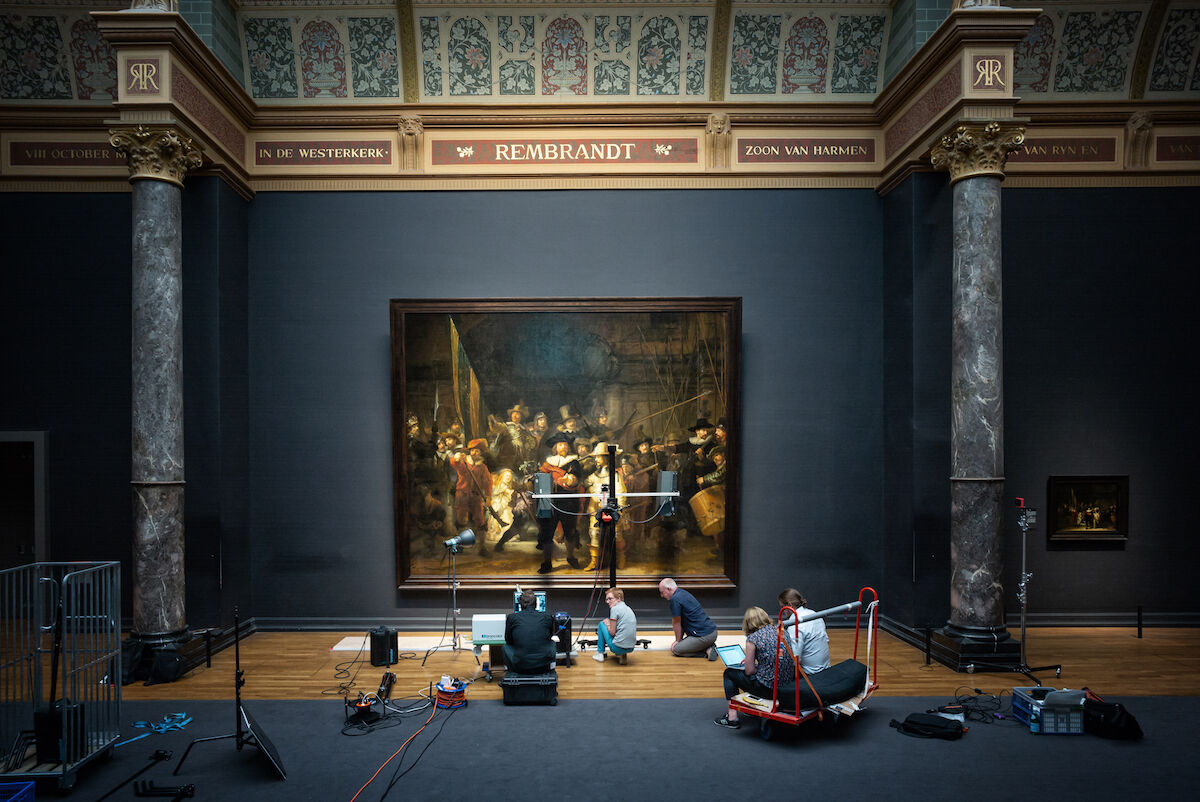 Having a piece by Rembrandt van Rijn on view in your living room would be hard to top. Unless you’re Jan Six, it seems very unlikely; however, over the next few years, you can broadcast the Dutch master of light’s The Night Watch (1642) onto your walls as it undergoes a live restoration.

Beginning in July 2019, Amsterdam's Rijksmuseum will offer the public a unique glimpse into a process that usually happens behind closed doors. A restoration team will work in a "state of the art clear glass chamber" so museum patrons—and those tuning in to the live online stream—can witness how the exacting process is performed.

The Night Watch by Rembrandt is one of the most famous paintings in the world and we feel we have to preserve it for future generations. [...] Over two million people a year come to see The Night Watch, it's a painting that everybody loves, and we feel that the world has the right to see what we will do with it.

The painting has been restored at least twice before. The first time occurred in 1975, following an attack wherein a man wielding a bread knife slashed the masterpiece and claimed he “did it for the Lord.”

“Anybody who attacks ‘The Night Watch’ must be a lunatic,” Dr. P. J. Van Thiel, the museum's acting director at the time, told The New York Times.

The second restoration happened in 1990 after a man sprayed acid on the painting. The damage was repaired, but it appears it needs an update. A white haze has begun to appear on some parts of the painting, especially in the area surrounding the knife damage, where it is bleaching out the figure of a small dog.

The restoration project is expected to be a multi-million-euro job and will take several years to complete. “As we say in Dutch, conserving paintings is a monk's job. It takes a lot of patience,” Dibbits said.

Further Reading: Why Rembrandt’s Night Watch Is So Famous