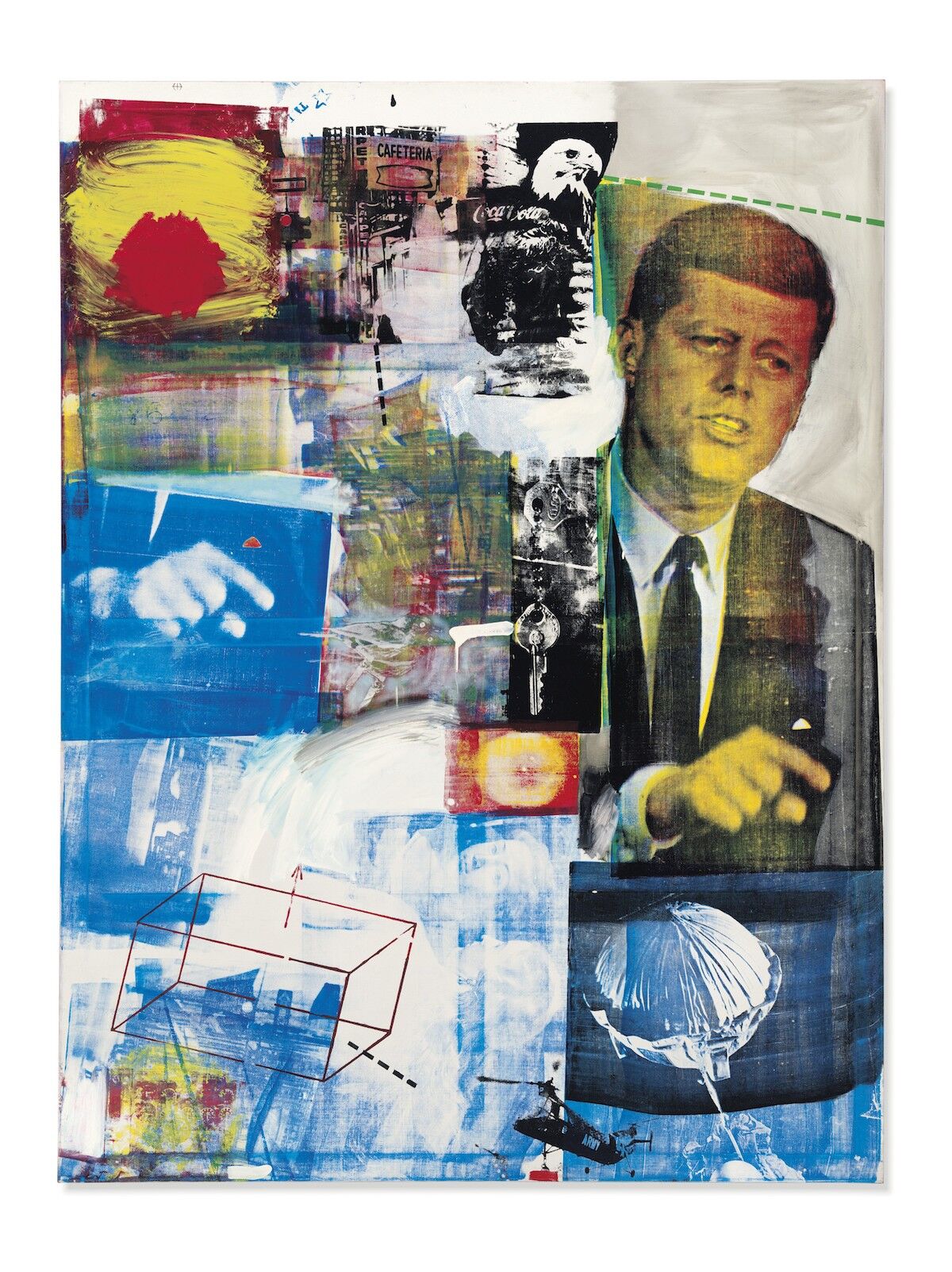 A report on Tuesday identified the mystery buyer of Robert Rauschenberg’s Buffalo II (1964), which sold for $88.8 million at Christie’s last month, smashing the artist’s previous record. The art market newsletter The Canvas is saying the purchaser is Alice Walton, the billionaire heir to the Walmart fortune who founded the Crystal Bridges Museum of American Art in Bentonville, Arkansas, in 2011.

And yet Crystal Bridges has gone on the record denying the museum acquired the work. When asked by The Canvas if Walton acquired the work for her personal collection, rather than the museum, a spokesperson declined to comment, which leaves open the possibility she bought it for herself, rather than Crystal Bridges. The report in The Canvas is based on three anonymous sources who claim that Buffalo II is “likely to eventually end up at the museum.”

The Rauschenberg report follows another acquisition report from The Canvas that was denied by the alleged buyer. The day after Claude Monet’s Meules (1890) sold for $110.7 million at Sotheby’s, the newsletter reported the buyer was Hasso Plattner, a German billionaire who made his fortune by co-founding the software company SAP. The next day, Plattner’s office told Wall Street Journal reporter Kelly Crow: “I can confirm that Dr. Plattner has NOT acquired the Haystack.”

A few days after Plattner denied the report, reports surfaced that the buyer of another of the week’s top lots, Jeff Koons’s Rabbit (1986), was billionaire Steven Cohen—despite the fact that the hedge fund manager had gone on the record to tell Bloomberg’s Katya Kazakina that he was not the buyer.

There are indicators Walton may in fact be the Rauschenberg buyer, as The Canvas points out that the winning bidder was on the phone with Sara Friedlander, the Christie’s post-war and contemporary chairman who, in 2015, purchased a work by Felix Gonzalez-Torres on behalf of Crystal Bridges. Furthermore, the Rauschenberg, which features an image of John F. Kennedy, is so steeped in Americana that Christie’s post-war and contemporary chairman Alex Rotter told The Canvas last month “there’s a 70% to 80% chance that it ends up being an American buyer who wins Buffalo II.” And Walton is an American who can afford an $89-million painting—according to Forbes, she’s worth $47.6 billion.