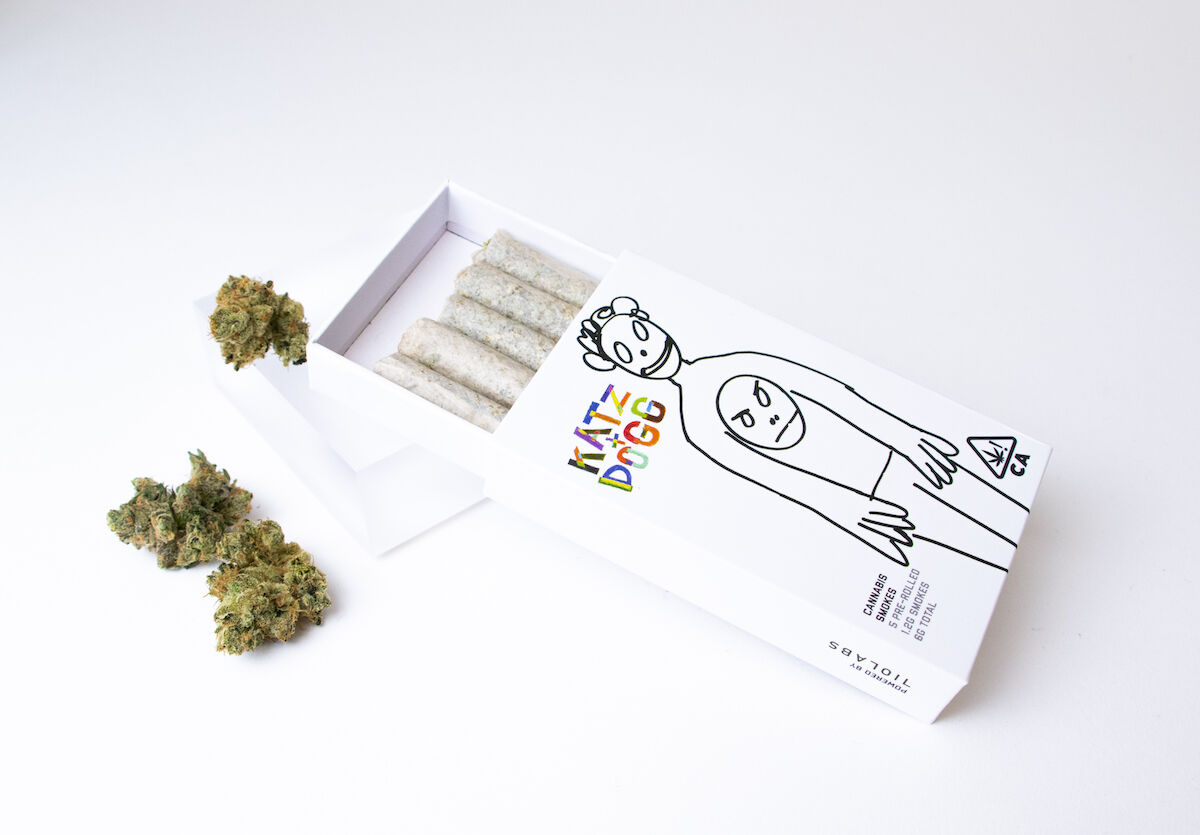 The artist Richard Prince has tapped into the U.S.’s booming legal marijuana industry to launch his own line of cannabis products, Katz + Dogg. The products, which were developed with the cannabis experts at 710 Labs, include flowers, vape pens, and pre-rolled joints, all packaged in boxes featuring images from Prince’s distinctive “High Times” and “Hippie Drawings” series. The products had their debut concurrently with the opening of “High Times,” a solo show of Prince’s works at Gagosian in San Francisco. Select guests were driven to a nearby dispensary, Moe Greens, where they sampled the Katz + Dogg products.

While this is Prince’s first foray into smokeable products, one of his most iconic series is “Cowboys” photographs which feature appropriated and re-photographed images of Marlboro cigarette advertisements. Reflecting on the decision to launch Katz + Dogg, Prince told the New York Times:

It satisfies this idea of creating something or making something. [. . .] It’s not necessarily an accessory but it’s not that different from making a T-shirt.

The line of cannabis products takes its name from John Dogg, one of Prince’s pseudonyms, and Joan Katz, the artist’s longtime friend and his collaborator on the project. In a statement, Katz said:

Richard’s new drawings tapped into the excitement and innocence we wanted Katz + Dogg to reflect. [. . .] Just as kids have a way of pulling you in, even when they’re deep in their own creative thing, cannabis can aid in carving out your own headspace. But it’s also inherently social, bringing all of us freaks together.