Robert Indiana, a Pop artist best known for his iconic “LOVE” sculptures, has died at 89. 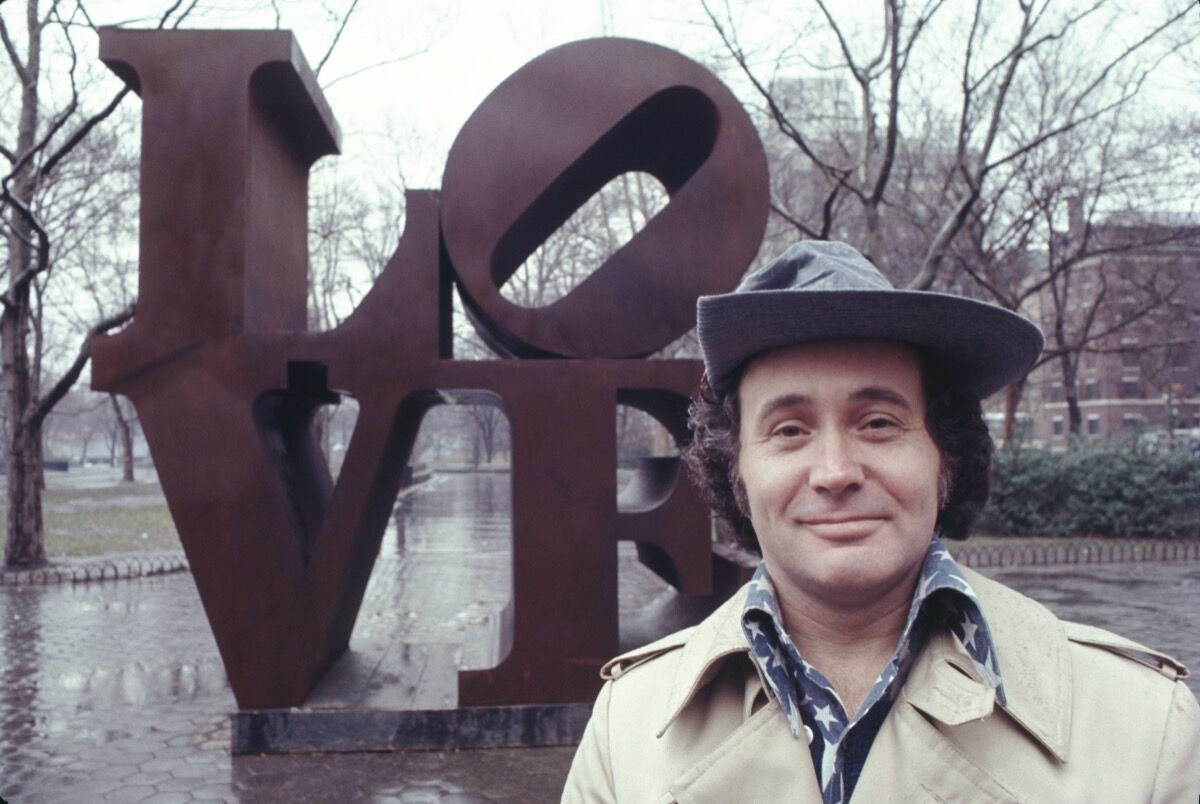 Indiana was an integral figure in the development of Pop Art, drawing inspiration from the signs found on America’s highways to create his signature style. The subject of a sweeping Whitney Museum of American Art retrospective in 2013, Indiana is best known for a series of works that riff on the word “love”—always presented with the first two letters stacked upon the last two, with the letter “O” tilted to the right. The sculptures themselves have become icons around the world, transcending Indiana’s personal fame. A postage stamp featuring the work, first released for Valentine’s Day in 1973, is one of the most popular ever produced, with more than 330 million of them released into circulation, according to the artist’s obituary in the New York Times. Public sculptures that Indiana made of the design consistently draw tourists to 55th Street and 6th Avenue in Manhattan, and Philadelphia’s John F. Kennedy Plaza, more commonly known as Love Park.

But the artist grew frustrated with the public’s fixation on one aspect of his sprawling practice, which was just as often acerbic and political as it was sunny. The original version of the Love design featured a very different four letter word. He retreated from the Manhattan artists scene in which he was a fixture—he shared a studio with Cy Twombly, lived near Jasper Johns and Robert Rauschenberg, and was for a time a lover of Ellsworth Kelly—and went to live in a remote part of Maine. And while he continued to make work, old friends and associates say he was increasingly difficult to reach. His Chelsea dealer, Paul Kasmin, told the Times that he had given up sending gifts to the artist because of the complete lack of response. Whether Indiana was entirely responsible for work produced towards the end of his life is the focus of a lawsuit filed by the Morgan Foundation, which holds the rights to some of Indiana’s creations, just days before the artist’s death.

He died on the island of Vinalhaven, his remote home of many years, and the cause of death, as reported by his lawyer, was respiratory failure.