A robot artist is having its first solo exhibition and has already racked up over $1.2 million in sales. 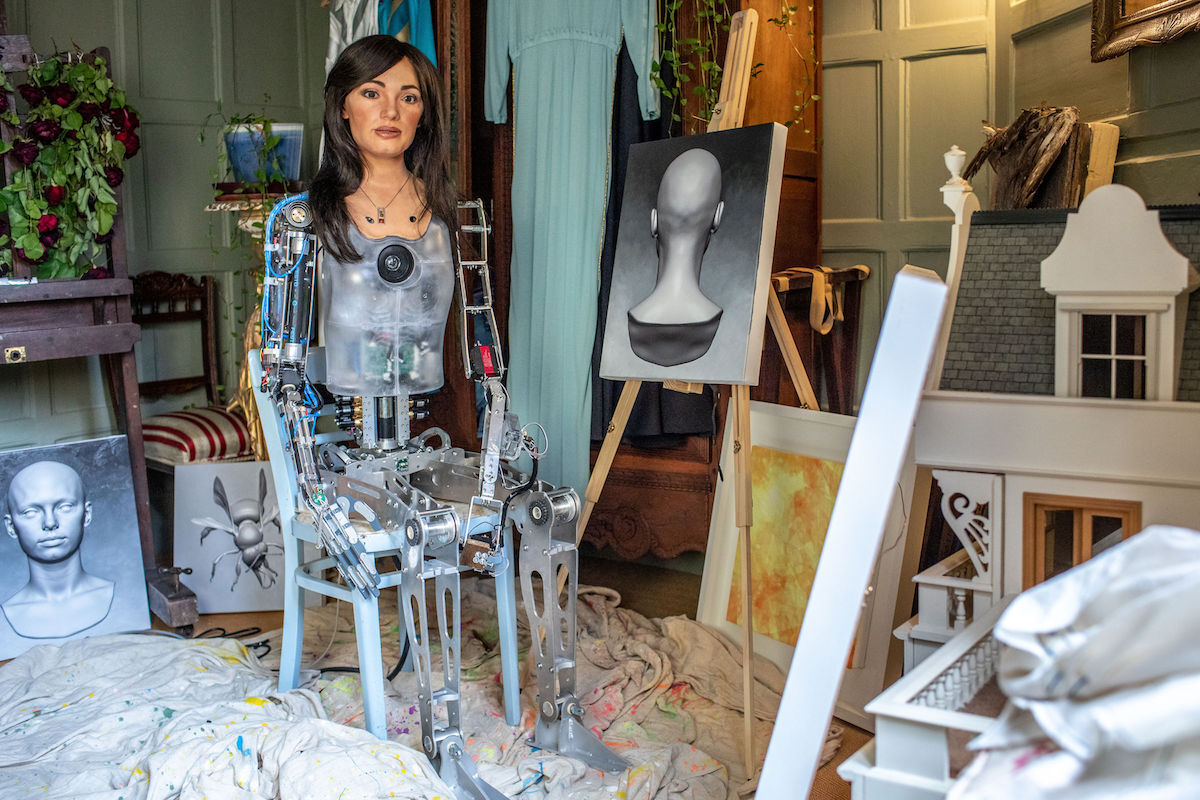 An artificially-intelligent art-making robot named Ai-Da has reached a milestone in its career: the robot is about to have its first solo exhibition. Titled “Unsecured Futures,” the show will open at the University of Oxford’s Barn Gallery on June 12th. The show’s press release describes Ai-Da as “the first ultra realistic drawing robot artist.”

Ai-Da has long brown hair, wears a white blouse, speaks in a British accent, and its fair skin no doubt crosses the threshold of the uncanny valley. The robot was created by British inventor Aidan Meller (who is also a gallerist), along with scientists at Oxford. The university scientists helped bestow Ai-Da with cameras in its eyes and artificial intelligence algorithms, which in turn dictate coordinates, allowing the robot’s arm to draw. 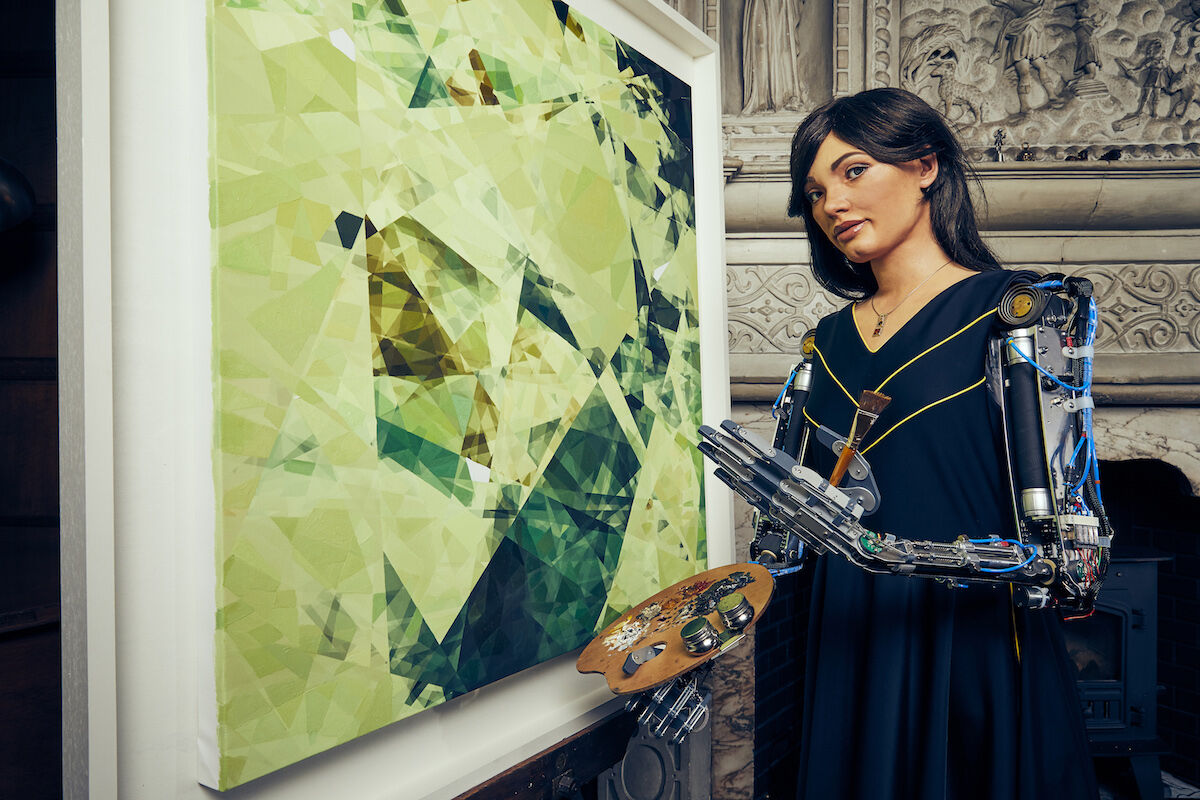 Ai-Da with its work. Photo by Nicky Johnston.

From those coordinates from the drawing we’it’se been able to take that into an algorithm that is then able to output it through a Cartesian graph that then produces a final image. [. . .] It’s a really exciting process never been done before in the way that we’ve done it. [. . .] We don’t know exactly how the drawings are going to turn out and that’s really important.

Ai-Da uses a pen or pencil to draw and, for the time being, its paintings are printed onto canvas then painted over by a human. There are plans for Ai-Da to create pottery and paint autonomously. Meller added that Ai-Da’s forthcoming exhibition is “a sold out show with over a million pounds worth of artworks sold.” It’s unclear what share of those sales goes to Ai-Da.