The Satanic Temple is threatening to sue Netflix for replicating its statue of an occult deity on “Sabrina.” 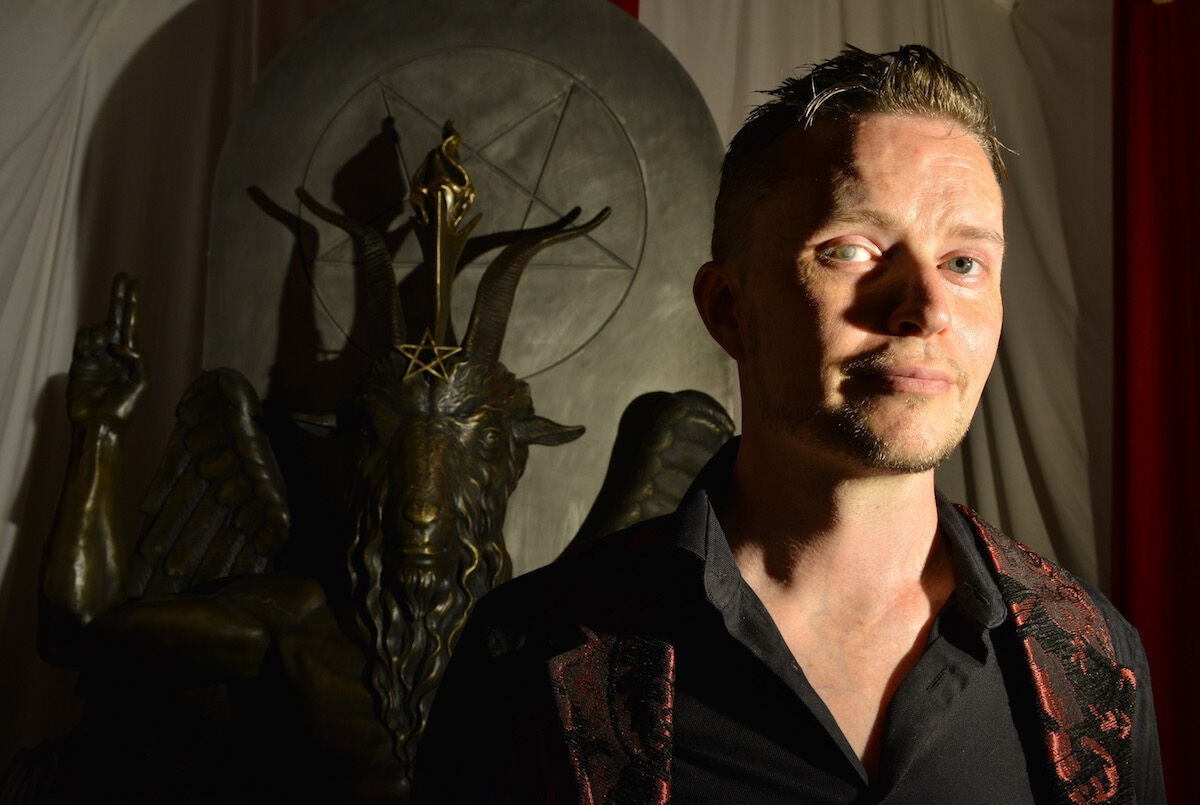 Lucien Greaves, spokesman for the Satanic Temple, with a statue of Baphomet at the group's meeting house in Salem, Massachusetts. Photo by Josh Reynolds for The Washington Post via Getty Images.

Instead of placing a hex on Netflix, the Satanic Temple has decided to take the streaming giant to court. In a series of tweets, Temple co-founder and spokesman Lucien Greaves wrote: “Yes, we are taking legal action regarding #TheChillingAdventuresofSabrina appropriating our copyrighted monument design to promote their asinine Satanic Panic fiction.”

The group’s lawyer has sent a letter to Netflix, Greaves confirmed to the San Francisco Chronicle, concerning the appearance of a Baphomet monument in its new series, The Chilling Adventures of Sabrina (2018). In a subsequent tweet, he wrote:

I'm amazed that anybody is confused as to why we would seek legal remedy over Sabrina using our monument. Would they be as understanding of a fictional show that used a real mosque as the HQ of a terrorist cell? A fictional Blood Libel tale implicating real world Jews?

Greaves claims it took a year and a half to design and finance the Temple’s copyrighted Baphomet monument, which has become a “central image” of its organization. The statue depicts the occult deity Baphomet, a goat-headed humanoid with wings, with two young children at its side.

Netflix has yet to comment, but prior to the controversy, a writer at VICE’s Broadly asked The Chilling Adventures of Sabrina production designer Lisa Soper about the similarities. “When you look at Baphomet, there's really only a couple of statues of him—which, they have their statue, and we've got our statue in the show,” she replied.

The new Sabrina show is hardly the first production distributed by a streaming service to be accused of unauthorized copying. Netflix was sued last month by a photographer who claimed the streaming service had stolen a photo he took and appropriated it into a few of its original shows including Stranger Things. And this past week, the estate of Ana Mendieta reached a settlement with Amazon Studios over alleged copyright infringement in Suspiria.

I want them to take it out. It looks like it's a CGI facsimile to begin with. I don't know how much work that takes, but I simply refuse to have our monument used in this way in perpetuity. I don't want our monument to be associated with this.