A sculpture of a crucified Ronald McDonald has drawn violent protests at an Israeli museum. 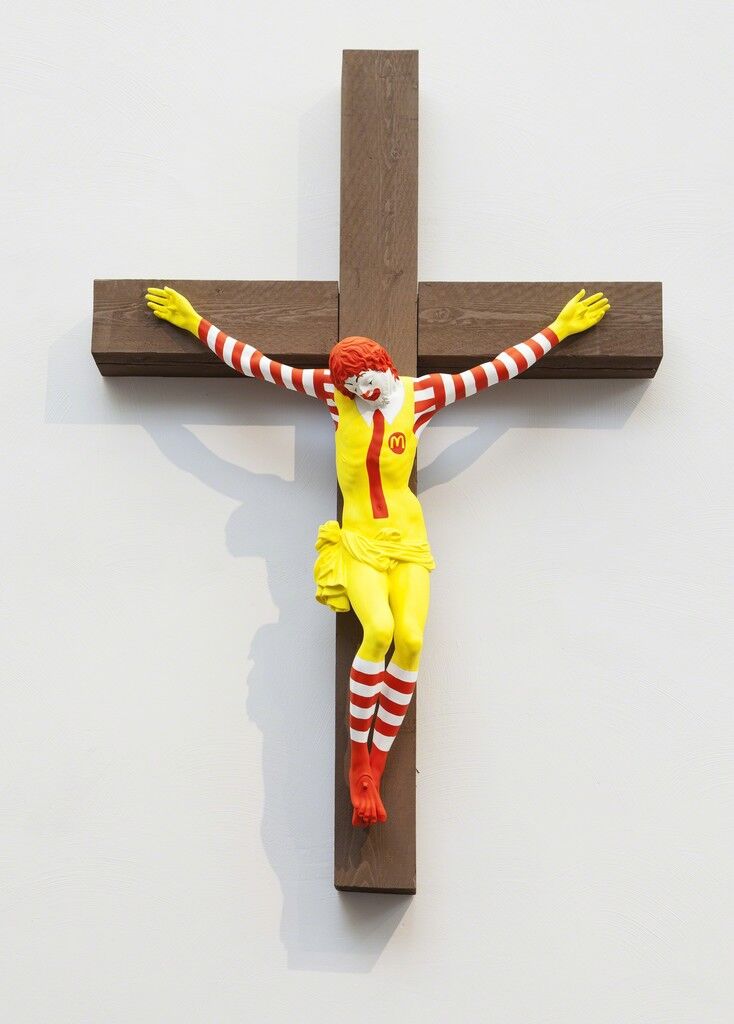 Last week a mob of Christians stormed the Haifa Museum of Art in Israel, with one bystander throwing a molotov cocktail, to protest McJesus (2015), a work by Jani Leinonen, portraying the Ronald McDonald mascot of the American fast food chain crucified on the cross. The work is included in the museum’s current group show “Sacred Goods”.

Some protestors have said that it is unfair to mock just Christianity and not Judaism and Islam as well, and Christian leaders have condemned the work, which has been up since August.

“We denounce the exhibition and the injury to the holiest symbol of Christianity by an institution that is supposed to serve citizens of all religions,” the Reverend Archimandrite Agapious Abu Sa'ada, who is of the Greek Melkite Catholic Archeparchy of Akko, told the Israeli newspaper Haaretz.

Leinonen, a Finnish political activist, says that he has asked the museum to remove the work, but has not received a response. In a statement to The Art Newspaper, he said:

The news about the demonstrations came to me as an upsetting surprise particularly because my work is in the exhibition against my wishes. In September 2018, I asked the curator Shaked Shamir to remove my work because I joined the Boycott, Divestment and Sanctions movement [against Israel]. The curator replied that she was sorry about my decision and that my message had been forwarded to the management and I assumed that the artwork had been taken out. When I heard that it is still in the exhibition, and that there have been violent demonstrations around it, I immediately sent the curator another request to remove it. I have not heard anything back from the museum. I insist my work be taken out of the exhibition instantly.

The show is slated to be up until February 17.