A second sphinx has been discovered in Egypt. 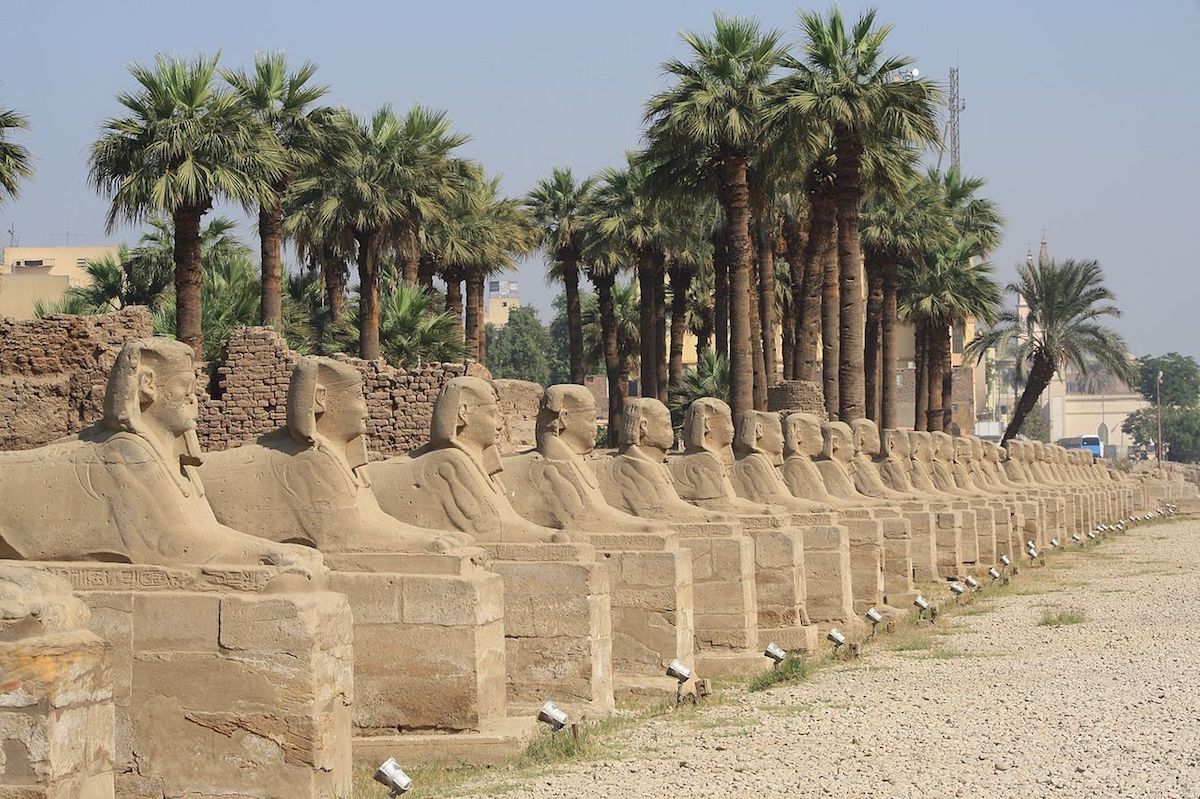 A row of sphinx sculptures lining a road that leads to the Temple of Luxor. Photo by Kora27, via Wikimedia Commons.

A second sphinx—whose existence has been the subject of theories developed by historians and egyptologists for decades—has been discovered in Luxor, according to the Egyptian Ministry of Antiquities. The discovery came during a major development project along the historic Al-Kabbash Road, which connects the Temple of Luxor and the Karnak temples. No photos of the newly discovered sphinx statue or details about its size and condition have been released—though Luxor is home to many sphinx statues. The new find has yet to be fully excavated “due to the nature of the environment in which it has been located,” Luxor’s general director of antiquities, Mohamed Abdel Aziz, told Egypt Independent.

The discovery corresponds to theories developed by historians and archaeologists, including the Egyptologist Bassam el-Shammaa and the British scholars Gerry Cannon and Malcolm Hutton, who suggested that a female companion to the Great Sphinx of Giza would likely be found somewhere. However, their hypotheses suggested that the second sphinx likely lay buried under a mound near the known one at Giza. The newly discovered statue sits about 400 miles south, in Luxor.