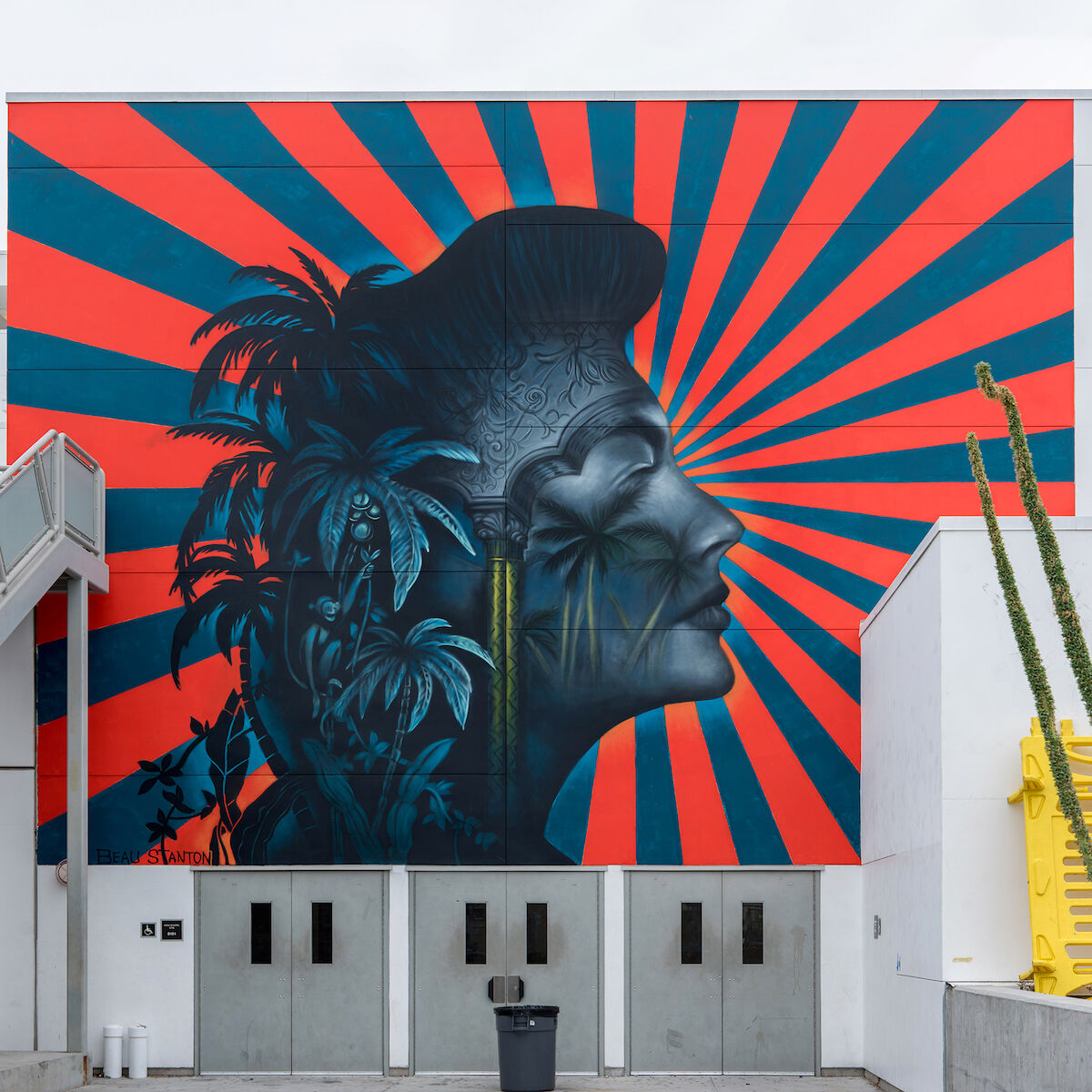 Last week the Los Angeles Unified School District (LAUSD) announced that it would paint over a controversial mural of the actress Ava Gardner by street artist Beau Stanton on the exterior of a school in Koreatown. But, on Monday, LAUSD said that it would hold off on removing the mural, following further outcry from the local community and Stanton’s peers.

The mural in question, which features actress Ava Gardner in profile against a stylized sunburst, has been criticized as offensive by Koreans for its evocation of the Japanese imperial battle flag. That flag, colloquially known as the “Rising Sun” flag, was adopted by the Japanese military early on in the Meiji era (1867–1912). For many, including Koreans, the flag has become associated with the atrocities perpetrated by the Japanese empire in the decades before World War II and during the war.

Members of the local Korean community had called for the mural to be painted over. In a letter to LAUSD last month, according to the Los Angeles Times, the Korean-led Wilshire Community Coalition wrote: “This flag symbolizes the Japanese military aggression which resulted in [some] of the most horrendous and gruesome crimes against humanity in human history.”

However, Stanton has denied that the Rising Sun flag is in any way related to his mural, and the Times points out that the two images have a different number of rays and are different colors.

Fellow street artist Shepard Fairey came to Stanton’s defence over the weekend. Fairey said that if the mural of Gardner is painted over, he will call for his mural of Robert F. Kennedy at the school complex, which sits on the site of the Ambassador Hotel, where Kennedy was assassinated in 1968, painted over. The National Coalition Against Censorship and Kennedy’s descendants have also weighed in on the debate.

According to the Los Angeles Times, in a letter to school board president Monica Garcia, Robert F. Kennedy Jr. wrote:

My father was sympathetic to cultural sensitivities. But he understood that the central bedrock tenets of American democracy are freedom of speech and expression. As fiercely as they supported tolerance, and diversity, my father and my uncle loathed censorship.