Sotheby’s postponed many upcoming auctions due to the COVID-19 pandemic. 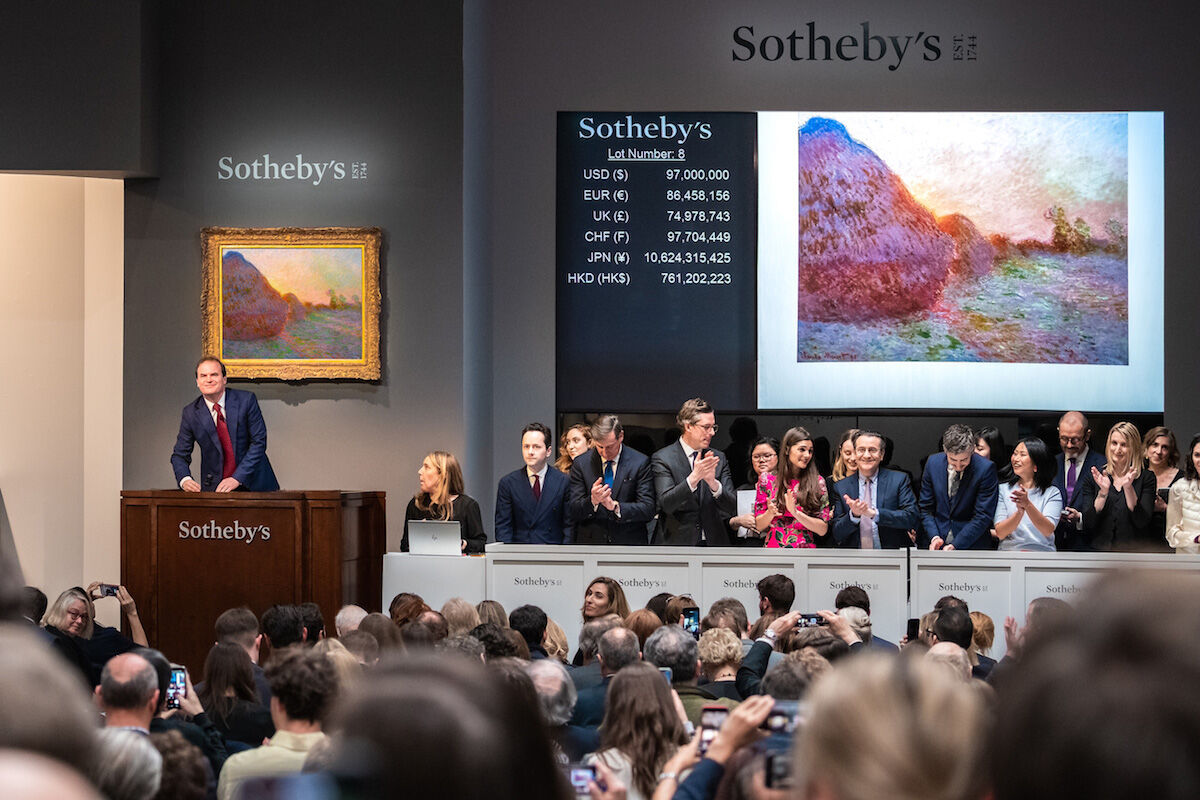 A sale of Impressionist and modern art at Sotheby’s New York salesroom in May 2019. Photo courtesy Sotheby’s.

Sotheby’s has updated its spring auction schedule and closed the majority of its offices in response to the COVID-19 pandemic. Eight auctions have been postponed, including the Hong Kong spring sales and a run of Paris auctions originally set for late April, while 17 will still run as scheduled. Most of the still-running sales are either online or London-based; the design sale, scheduled for March 31st, will take place in New York as planned. Sotheby’s London office will also remain open to the public, and its Hong Kong office will be open by appointment, but the auction house’s offices in Dubai, Geneva, Milan, New York, Paris, and Zurich are all closed until further notice.

The Sotheby’s announcement comes after Phillips and Christie’s said they would postpone the majority of their upcoming sales indefinitely. Last week, most of the art world went into hibernation in an effort to curb the spread of the novel coronavirus, COVID-19. Most major U.S. museums have closed their doors, as have the majority of private galleries.

Art fairs across the world have either been postponed or cancelled outright. On Monday, the Object & Thing fair, originally slated to take place in New York in early May concurrently with Frieze New York, postponed its 2020 edition until November. On Tuesday, Photo London, originally scheduled to run in mid-May, announced it will be rescheduled to the early fall. Other major fairs scheduled for the spring and early summer, including Frieze New York and Art Basel in Basel, are currently scheduled to go ahead as planned.