Sotheby’s soared past expectations with a £110.2 million sale on Tuesday night in London, which set new records for Sam Gilliam and Henry Taylor. 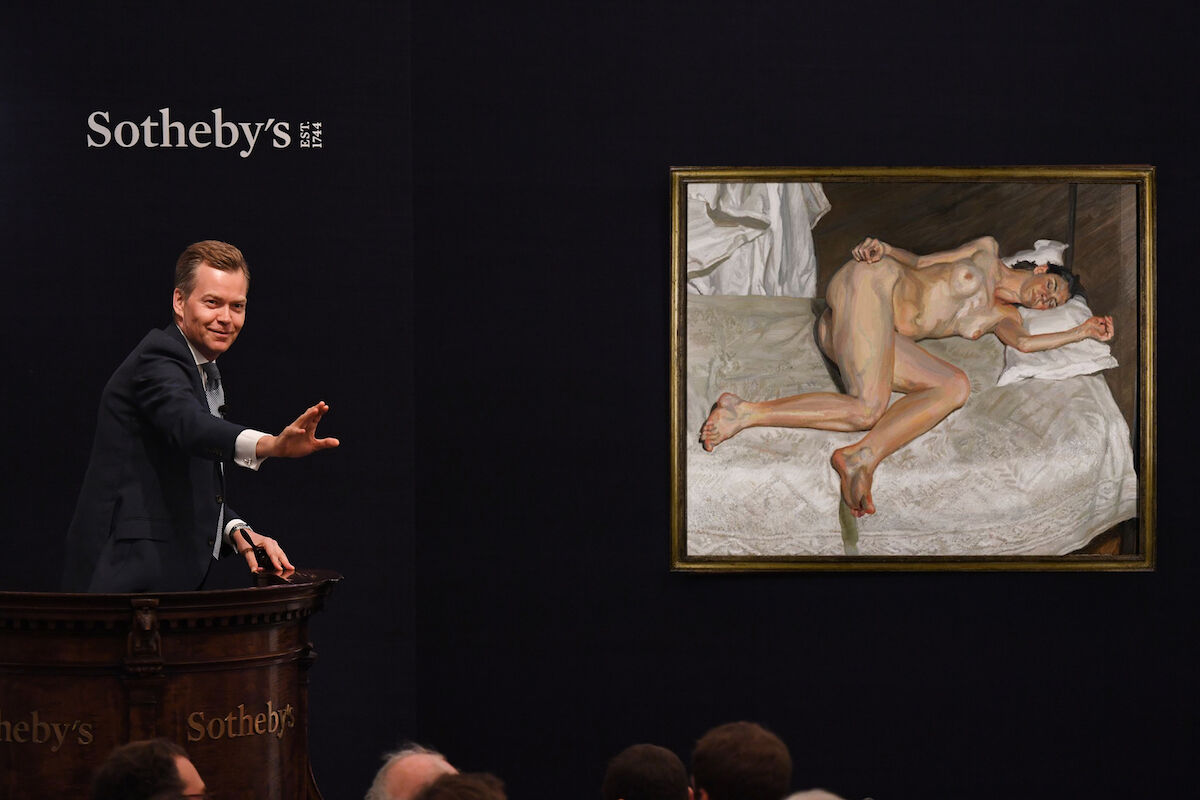 At the first of this week’s contemporary auctions in London, Sotheby’s put to bed any notion that these midsummer sales are incidental, recording a total of £110.2 million ($146.4 million) above the £108.2 million ($143.7 million) high estimate.

The total was firmly above equivalent sales in past years: 77% up from the £62.4 million ($79.8 million) recorded in 2017, and more than double the £52.2 million ($69.6 million) of art sold in 2016. And a rush of bidding in the room contributed to an astounding 97.7% sell-through rate by lot. Every work sold up until the auction’s second-to-last lot, a work by Keith Haring, which barely failed to meet its reserve, eliciting sighs from the chatty, excitable crowd.

“That felt like England against Panama,” Alex Branczik, Sotheby’s head of Contemporary for Europe, said after the sale, referring to the 6-to-1 shellacking the Brits served up in a World Cup match days earlier.

“June is now the time to hold a major sale in London,” Branczik went on. “We proved that Contemporary collectors are ready for a full feast in London in June.”

Oliver Barker, the auctioneer for the evening and chairman of Sotheby’s Europe, said during the press conference that, despite the number of global art events around Europe this summer—and the World Cup—a huge volume of clients had come through during the previews. He added that the amount of in-room bidding was “something we haven’t seen in London in some time.”

Following a contemporary evening sale in New York set records for Kerry James Marshall, Njideka Akunyili Crosby, and Barkley L. Hendricks, Sotheby’s continued to set high marks for black artists in London. Tuesday night’s sale set a new record for Sam Gilliam when Forth (1967) jumped above its £600,000 pre-sale high estimate to hammer at £750,000 (£910,000, or $1.2 million, with fees). It sold to a client on the phone with Yuki Terase, the head of Contemporary Art in Asia. (Gilliam had been the talk of Art Basel week between his Kunstmuseum Basel show and show-stopping booth at the fair’s Unlimited sector.) Henry Taylor, who has been on a roll since being rediscovered by collectors in recent years, saw his high mark breached when the large painting C&H (2006) sold for £274,000 ($364,000), well above his previous record of £230,750 ($301,503) and the work’s £180,000 estimate.

The big haul comes during something of an existential crisis for the June London sales: for the second year in a row, Christie’s decided not to hold an evening auction, betting that collectors are doing all their buying at Art Basel two weeks prior. But Sotheby’s sourced a wealth of high-quality material, and the results vindicated the house’s decision to stay the course, allowing them to end the summer on a high note.